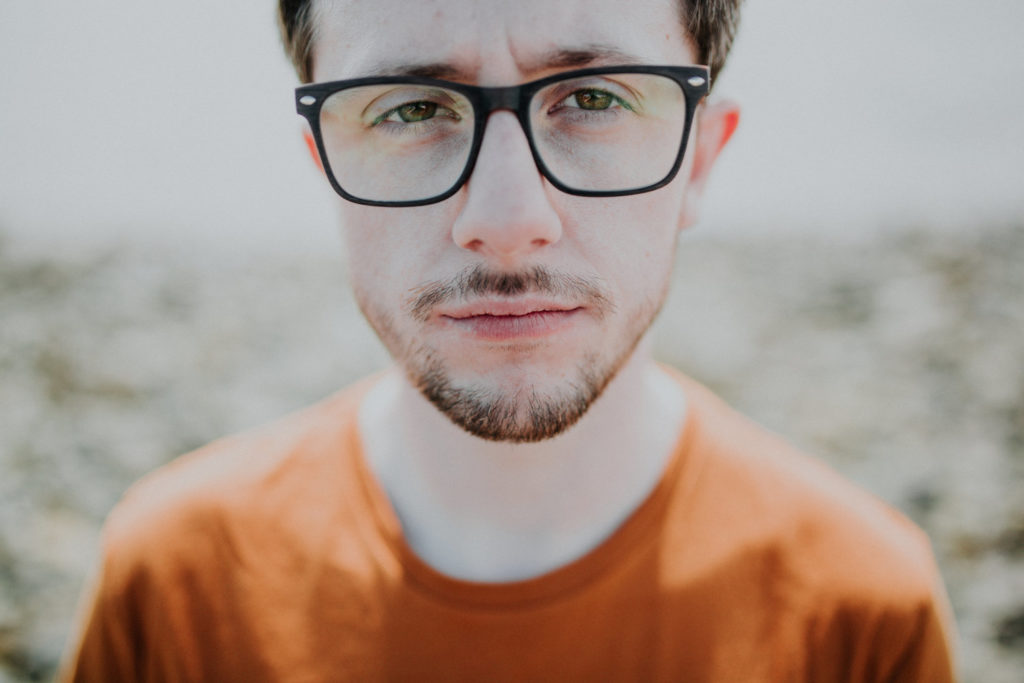 Tuesday night saw a host of well known faces from the local music scene alongside many others, gather at the Black Box for the single launch of Nathan O’Regan’s latest release ‘Moving Closer’. O’Regan is no stranger to the music scene and following the success of last EP, the hilarious Mad Notions Podcast and the release of the new single, it was great to see him make a return to the live stage.

Opening the night, was the wonderfully talented and majestic LARKS. The ever so talented Fiona O’Kane gave us a performance that we are not likely to forget in a hurry. Only new on the scene, LARKS definitely made her mark. Hypnotic melodies accompanied with breath taking vocals and heartfelt lyrics combined to create a stunning set that resembled the likes of Joy Williams and Lisa Hannigan. I loved every minute and LARKS have definitely made it onto my list of favourite local artists.

After a short break, Nathan O’Regan arrived on stage accompanied by his extremely talented band, which provided a great element to the set alongside many laughs. A hush came over the audience as he launched into his first song of the night with his gospel-esque vocals. Right from the very beginning the singer-songwriter had the audience captivated.

After easing us into the set, ‘One More Night’ and ‘Take this Man’ were played. Before beginning, O’Regan explained the origins of both songs which added something special to their performance. Two beautiful and heartfelt songs that were performed with sincerity and gratitude. This willingness to open up to the audience about each of his songs was one of the elements that made his performance so great. There was a real feeling of sincerity and friendship displayed that shows why the artist is so well revered by fellow professionals and fans.

Each song performed was unique and resonated in some way with every member of the audience. No song did this more than ‘World of Pain’. After explaining how he had wanted to pen something ‘dark’, O’Regan launched into one of the most awe inspiring songs. The singer songwriter, confidently opened up about mental health issues in a way that many others would choose not to. The soft melodic guitar, coupled with the emotional and heart rendering lyrics fused to create a song that was nothing short of breath-taking. The extent of O’Regan’s talent was truly felt during this performance and judging by the stillness of the audience, everyone was thinking the same.

‘What Do We Want’ brought a more upbeat atmosphere back due the audience participation and easy humour of the singer himself. Highlighting the madness that is our world, O’Regan delivered an extremely enjoyable protest song that every member of the audience could most definitely get behind.

As the night came to a close, the moment we had all been waiting for, the performance of the newest single ‘Moving Closer’. Opening up with a rousing drum beat, the melody begins off softly before bursting into an energetic mix of guitar riffs, bass lines and piano chords, the song is one of the catchiest songs of the set and has melody that will most definitely stick in your head.

The night came to an end with the encore performance of ‘Higher’. Sitting alone at the piano, Nathan did what he did best and delivered a stunningly beautiful ballad. This song resembled that of Jackson Browne, a heartfelt and exposed love song that had the crowd mesmerised. It was perfect way to the end the night.

After a standing ovation and a thank you from the man himself, we left knowing we had witnessed something magical and had experienced pure and raw talent at its absolute finest. Nathan O’Regan is one of Northern Ireland’s musical gems and the sooner the world hears his wonderful songs the better they will be for it.