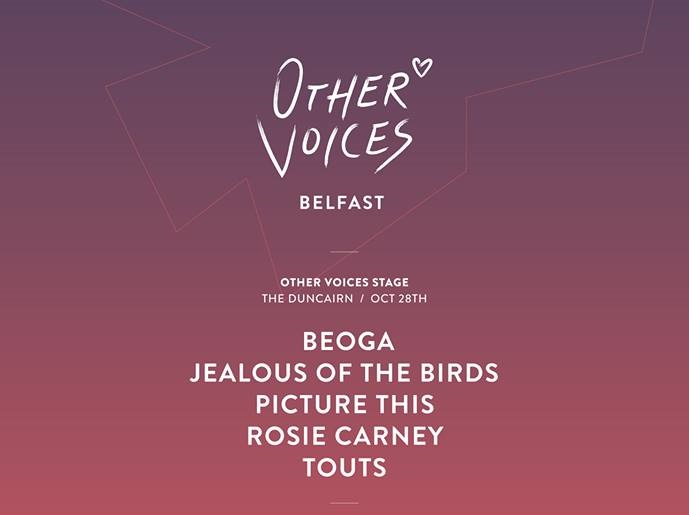 Other Voices has rightly grown into one of the key events in the calendar of the music industry as musicians, managers, press, labels, A&R and of course fans pile into the small town of Dingle for one merry weekend of live music. The announcement of Other Voices Belfast was most welcome but would we get the real deal or would it be a pale imitation of the magic that happens in Dingle each year?

The night opens with the “big guns” of the line-up in Kildare’s Picture This. The band have seen a hugh rise in their stock over the last few years, exemplified by a soldout headline performance in the SSE arena the previous night. The band are admittedly the most mainstream of tonight’s acts and it shows with a particular section of the audience fawning over their every word. There is nothing particular to dislike about the band and while their set is enjoyable, it lacks that spark or edge that would differentiate them from their peers. 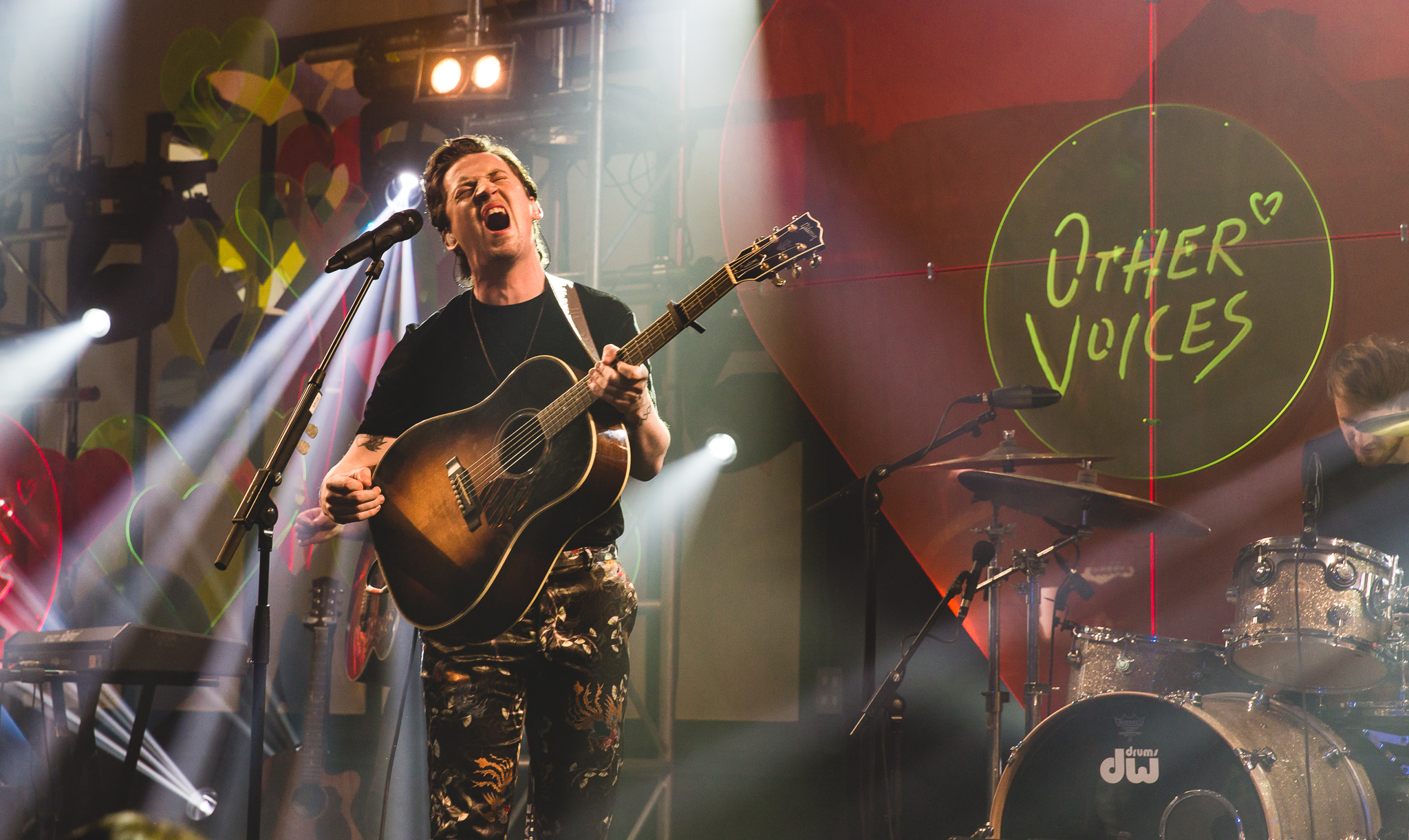 Picture This – Other Voices Belfast – Photo by Tara Thomas

Due to the show being recorded for broadcast, there were small gaps in between each act to allow for stage changes, sound checks etc. The fact that all members of the audience were handed ear plugs, tells you all you need to know about Touts. In comparison to the inoffensive pop of the openers, Touts go full throttle and do their best to shake the Duncairn to its core. The Derry three piece have been wowing venues around the UK and Ireland with their live show and it is easy to see why. The lads have a real energy about them and while ‘Politicial People’ is a rip roaring success, the real highlight is a raucous cover of ‘Gloria’ that would’ve left Van in awe. 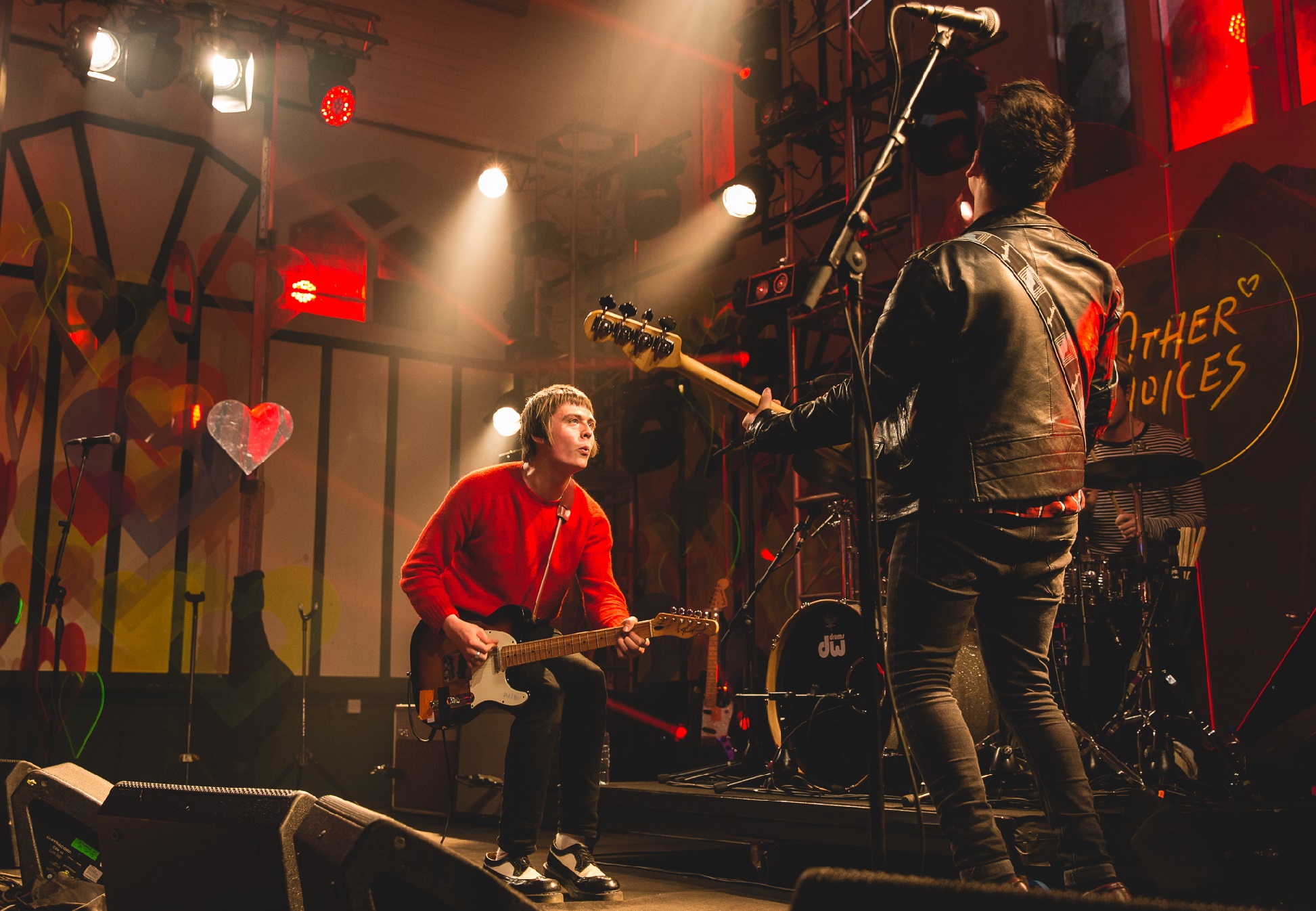 As the ringing in our ears subsides, Jealous Of The Birds serenade us with some sweetly tinged pop. The introduction of a full band behind her, has undoubtedly added an extra dimension to her music particularly on tracks like ‘Tonight I Feel Like Kafka’ and ‘Parma Violets’. But it’s apparent right from the opening whistles of ‘Goji Berry Sunset’, that the most captivating thing about Jealous Of The Birds is Naomi Hamilton’s vocals. 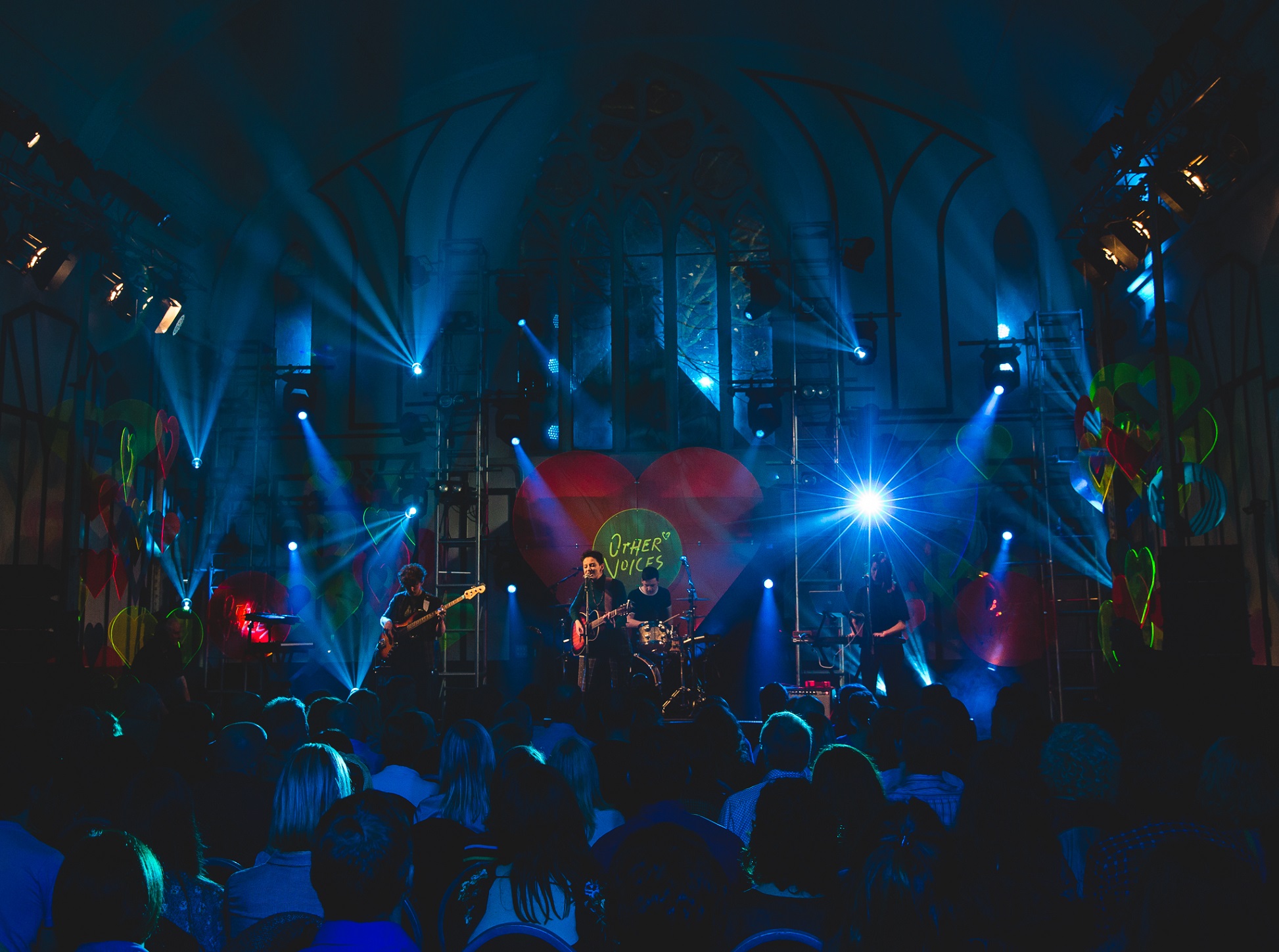 Jealous Of The Birds – Other Voices Belfast – Photo by Tara Thomas

To bring their set to a close Jealous Of The Birds welcome electronic composer, Ryan Vail to the stage. The two had previously collaborated on a track called ‘Love Is A Crow’ and this was a rare chance to see it performed live. The track opens with a brief reading from Naomi before the track kicks off into an electronic mire of beats and instrumentation. It is a real treat to see it performed live. As Jealous Of The Birds depart, we are allowed one solo track from Ryan. He plumps for his latest single ‘Shadows’ which gives off some real moody vibes particularly with Ryan’s husky voices perforating through the noise. The only disappointment about Ryan’s set is that we didn’t get to hear more. 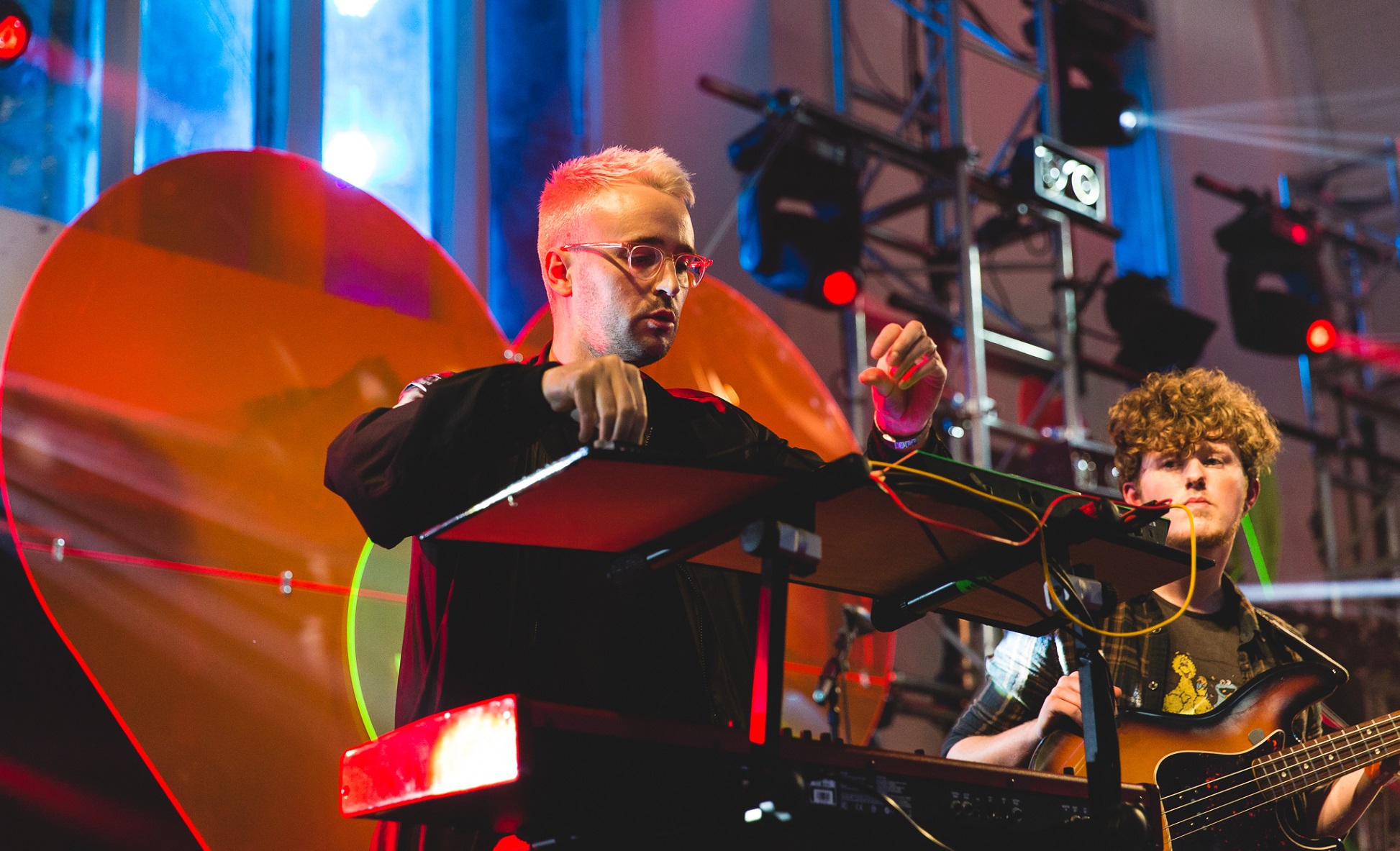 Despite her young years, Rosie Carney, has played at Other Voices on multiple occasions with organiser Philip King remarking on what a special talent she is. She repays Philip’s faith with a beautiful set accompanied only by a keyboardist. Her songs clearly come from the heart and have a real tenderness that serves to soothe those in attendance. Her closer ‘Awake Me’ is rooted in wistful melancholy and serves to remind us that Rosie is a genuine artist, sharing her soul for all to see. On the night she produced a beautiful set that left us all spellbound. 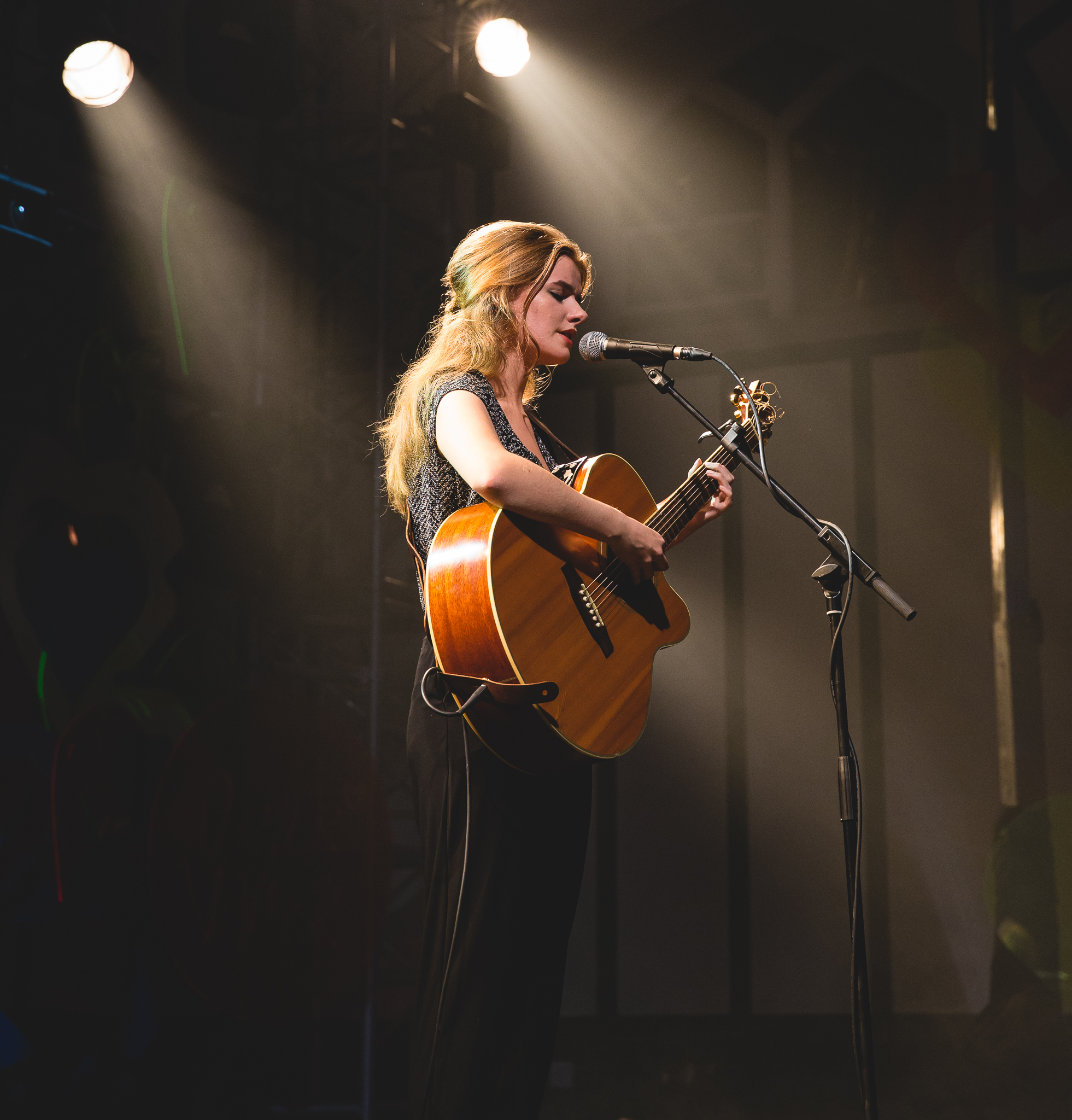 The diversity of genres on tonight’s bill is emphasised by the final act, Beoga. Self described as “trad on steroids”, the five piece have become of the hottest bands in Irish music. It is easy to see why Ed Sheeran wanted to work with them, as their music is full of intelligence and energy. From a cover of whaling song ‘The Bonny Ship, The Diamond” to the inspiring instrumental of “Aurora” about the aurora borealis, perfectly sum up Other Voices. It is the opportunity to discover music and talent that you might not have every come across and certainly I can add Beoga to that list. 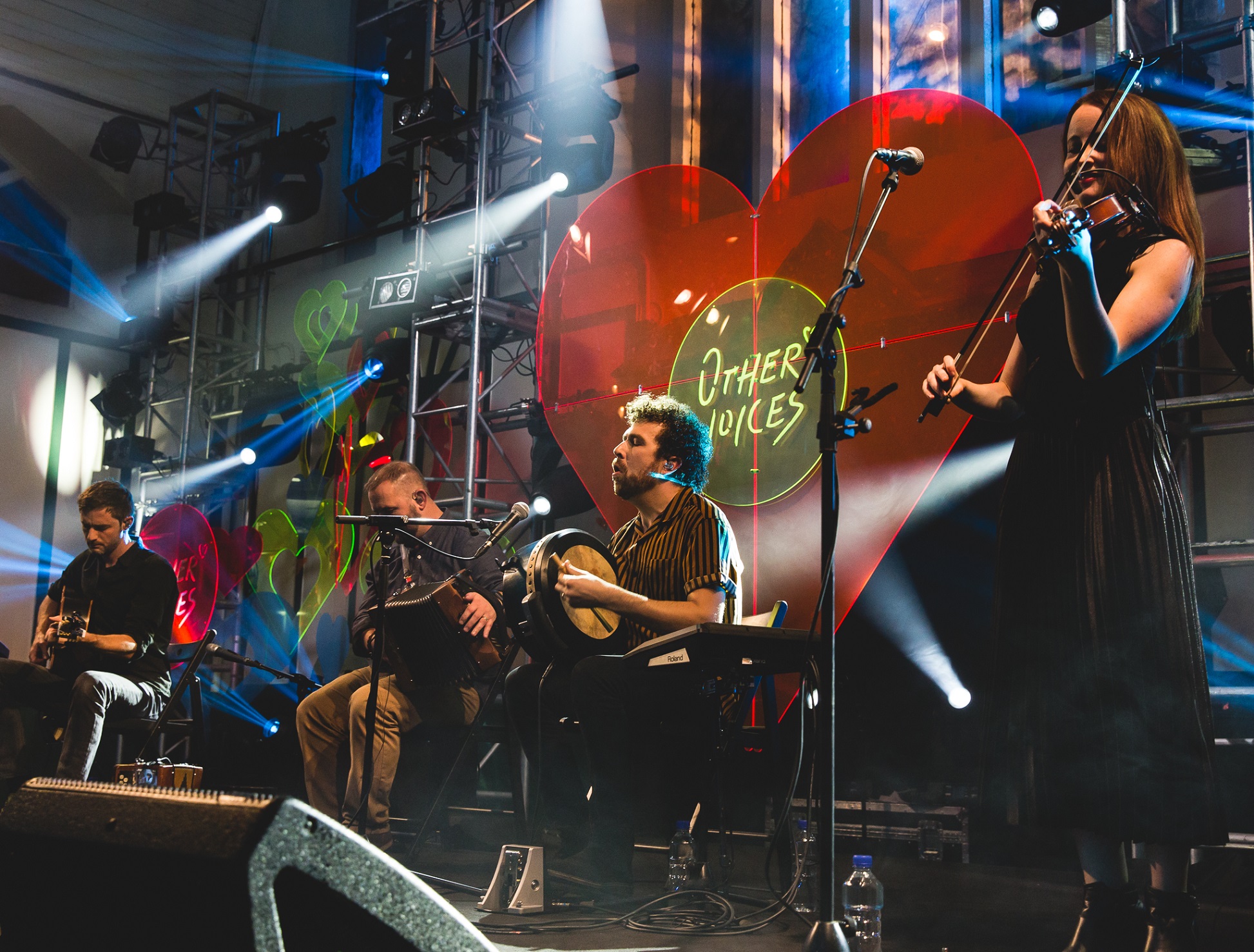 Other Voices Belfast can easily be defined as a success. We had excellent performances from a wide variety of artists in front of a packed room of appreciative listeners. The organiser of Other Voices Philip King promised that he would bring the event back next year and I can’t emphasise how important it is that everyone gets on board to make that happen. I just need to pray that I’ll be lucky enough to get tickets when they do…