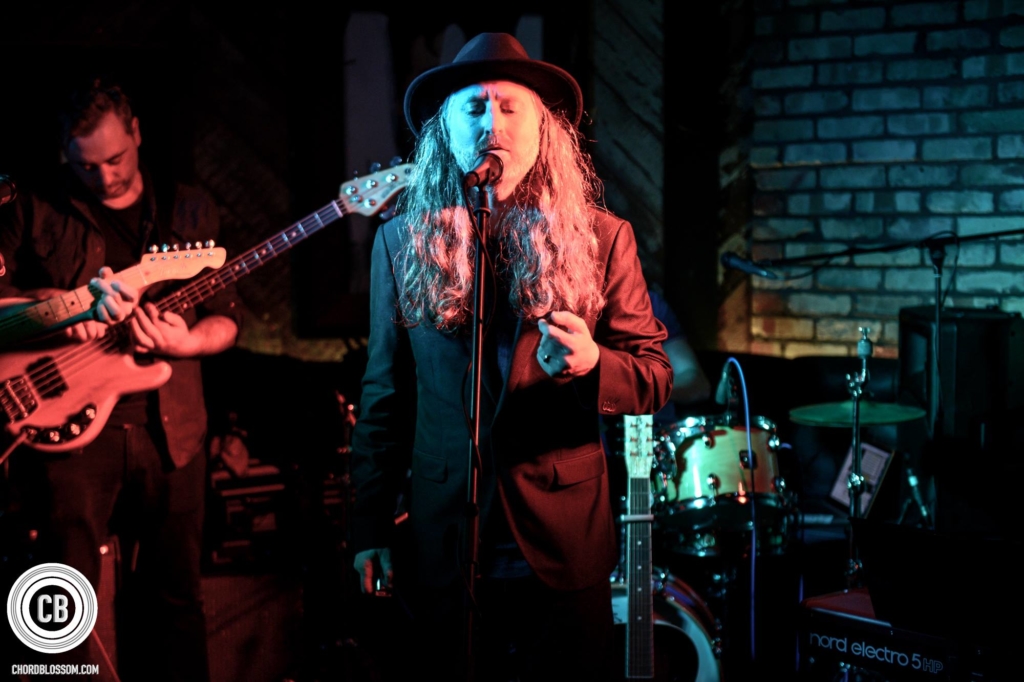 Time will do as time does, it will pass. Output Belfast concludes for another year. The biggest music, art and technology conference in the north was another roaring success, but the real party took place once the sun began to set.

Twelve stages. 45 artists. Its impossible to get round them all but we certainly gave it a go.

First on my agenda is British Egyptian rapper Dena Anuk$a. A sonic rarity in Belfast, Dena looked to build on the momentum of her latest release ‘My G’ with a performance at the Oh Yeah centre. An RnB set, spiced with afro beats, rap and elements of soul, Anuk$a treated the crowd to an opening heavy with rhythm and good vibes. One of the more unique performers on the night, if you missed out, make sure you don’t next time.

Next off was a quick jaunt across the street in 39 Gordon Street to investigate the Chordblossom stage (something something obligations something something team player) in time to catch Cormac Neeson tuning up. His brand of spaced out, airy country rock was a welcome shock to the system. The gruff vocals and chunky groove gave me a chance to catch my breath before I headed back out into the cold.

I made my way towards the rooftop heights of Babel for Rebekah Fitch (needed to finally cross seeing her off my list). The vibrations of her alt-pop sound and neo-soul vocals could be felt from street level, and so I was noticeably giddy by the time I reached my destination. Quite unlike anyone else we have on the scene (think Paloma Faith mixed with Flume), each tune rang with a deep echo. Fitch has a penchant for hair raising crescendoes and electrifying performances and tonight was no different, and I can think of no better image than this to prove it: The bar was completely empty, as everyone on the floor gathered round her like a congregation on Easter Sunday. A crepuscular performance.

Making my way downstairs (moving fast etc etc) I stumble across an almighty racket taking place which reveals itself to be Vulpynes. Their punk rock inspired fury had a relentlessness that seemed to border on manic. A surprising lot to say from a two piece, I unfortunately arrived as they finished their set. I won’t be late next time. But as I turn to leave, Problem Patterns convince me to stay put. A guitar driven, high octane emotion set that had me reeling into a chair, I saw why they have begun making a serious name for themselves. Their grungy punk malice was a shot in the arm that helped me regain my pace.

I made my way back to the Cathedral Quarter in time to catch the scathing rock and roll of Catalan. An energetic spirit who seemed intent on having everyone sweating as much as possible, the hardnose vocals and sheer guitar riffs were enough to convince me to wade into the crowd, were I summarily informed that the dance move of the night was ‘jump up and down as much as possible.’ I was happy to oblige.

My last stop of the night was the upstairs venue of the Duke Of York, which played host to the Quiet Arch and Champion Sound stage. Upon arrival, Beauty Sleep began their tune-up. One of the most exciting young bands from the north, their dreamy indie pop has won over thousands. It’s easy to see why. Opening with The Feeling Back and ending with their new single The Dark, BS have a truly celestial vibe to them. Genre fluid beats, dance grooves and airy vocals all fuse to give them one of the most enjoyable identities we have.

My last act of the night came sauntering on afterwards. The Woodburning Savages had a whirlwind 2018 and this year seems to be no different. Their fiery, politically charged message remains unchanged (much like Stormont does *eyerollemoji.exe*), and each song sounds like the wind up to a brawl. Manically energetic, frontman Paul Conolly has a bit of Paul Weller about him, all long legs and blazing attitudes. Their fire-brand politically fused punk rock is the music that we both deserve and require.

I managed to stop by Voodoo for Towers. Having never seen nor listened to them before, I wasn’t sure what I was expecting. To my surprise, I was blown away. They didn’t move much, but they poured their energy into their instruments. Dan Zanker’s vocals were brilliantly piercing and emotional. The group had a fairly large crowd supporting them too; it’s clear they’ve been making a name for themselves as one of the best hardcore bands in Belfast. The few minutes I witnessed have hooked me.

I arrived at the end of A Bad Cavalier’s set, just in time to catch their most recent single ‘On My Side’. Speaking into the crowd, Niall Kennedy explained he ‘couldn’t move on [from a situation] until he wrote this song’, then proceeded to pour his heart into performing. On stage with him was Ryan McGroarty, who was playing his third gig of the night after taking to the stage with Beauty Sleep and Catalan! earlier in the day. The energy he had continued to flourish into the last few minutes of their set. In a short conclusion, A Bad Cavalier were downright brilliant.