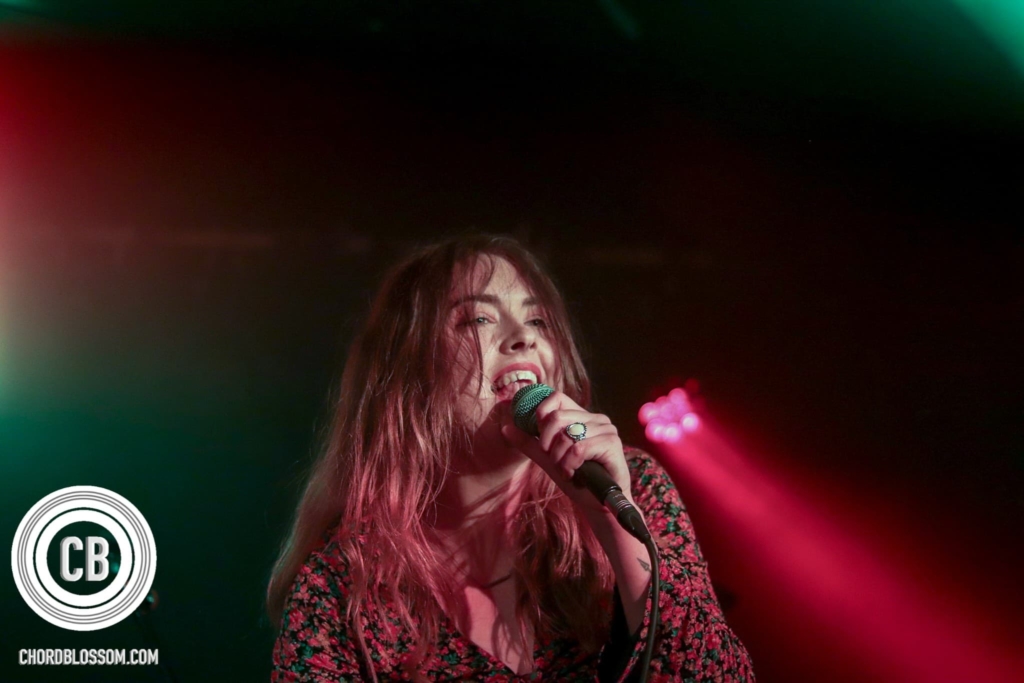 The date is Sunday 9th of June. The year 2019. I am standing before the doors of Limelight 2. And it is PISSING down (of course it is. Limelight seems to exist in a state of perpetual downpour).

Nevertheless, the night forges on with a spirit that could only have been imbued from both the organisers and performers. Revellers emerge from the woodwork to partake in the 12th birthday celebrations of one of Belfast’s most respected musical institutions, Start Together Studios. Founded by veteran Rocky O’Reilly, many of this island’s talent have passed through its doors, from cult heroes General Fiasco to young upstarts brand new friend. With another of Belfast’s storied organisations hosting the night and dates coinciding with the conclusion of the Women’s Work festival, four acts take to the stage to ensure the evenings proceedings are memorable ones.

First on stage is rabble-rousing quartet Problem Patterns. Spurred by their predilection to change singer and instrument on the fly, they are always an entertaining (note: also quite loud) watch and tonight is no different. One of the more memorable group of faces in the female-led Irish punk revival, PP take a notable step away from melodic and towards the hardcore, with blistering results. Driving bass and pounding percussion abound, while a wave of experienced anger and exhilarating rhythms keep the energy on a high. The groove is murky, the guitar is piercing and the vocals, ever-changing as they are, have personality and character, luring in your investment. It’s those final two quantifying aspects that help separate PP’s live presence from the most of their punkish brethren, a deep inclination and sense of care for their act that shines through in their live performances. Behind the aural assault, there is a real sense of care, which causes you to fall in line with their objectives. When they stomp their boots, you stomp back and when they leave the stage, you cheer for more along with everyone else.

The second on the night is queer-punk act Strange New Places. A relatively new and increasingly popular face amongst the latest wave of Belfast bands, their mix of noughties inspired grunge riffs are given a poppy, charming twist. Their take on punk has a lighter feel, an endearing cynical whimsy and sense of drama that has people bouncing in the crowd, yearning for a better view of the action. Panicked vocals and frenetic pace have hairs stood on end, as you can almost swear you’ve been listening to music like this your entire life. Frontwoman Ashley Jones has a noticeable stage presence about her that is almost Jarvis Crocker-esque. Eyes wide, she almost refuses to cease moving, powered by a nervous energy and constantly scanning the room with a radar-like precision. Fan favourites rattle off one after another: ‘The Way We Spoke’ has a pop-punk, free-wheeling aspect to it and a humorous nihilistic jive, while ‘Coraline’ has an icy post-punk sensibility mixed in with its emo-rock distance. Abrasively bitter, dryly honest and genuinely funny, Strange New Places have begun to establish themselves in the upper echelon of emerging local talent.

Next to the stage is Sugarwolf. Scene veterans who feel like they have been around forever (in the best way), tonight they bring the same brand of heavy alt-rock that has earned them fans all over the world. No stranger to Limelights stage, a flurry of tribal drumming announces the imminent arrival of their set. With one of the best frontlines in the business, their twin-pronged attack of lead guitars and vocals is a fearsome one to witness. Frontwoman Emma Gallagher’s banshee vocals are the perfect scorching accompaniment to their primaeval sound. The electric howl of the guitar screeches throughout the venue, while the mass of flaming limbs and hair behind brews a maelstrom of electrifying adrenaline. I am struck by their ability to carry off such a heavy sound so well, in a way that few acts can. As the war cry vocals crescendo, the crowd’s cheers intensify, stirring the animalistic tendencies in our collective minds. Their blend of ruling electronica, murky distortion and cry-along choruses has a bit of druidy about them, an eerie, brooding theatrical magnetism that demands attention. It’s hard to imagine them being topped tonight.

BBC championed headliners Queen Zee cut an interesting and intriguing figure on stage. Industrial and artsy with a ‘kick in the teeth’ subtlety, their DIY aesthetic bled into their sound and performance, while their combination of on-stage antics and relentless energy made for a uniquely transfixing show. With their identity worn proudly on their sleeves/shirt/face, Queen Zee’s radar-like investment in themselves may be the most punk attitude taken all night. The face of singer Zee is flush with emotion, painted with the same near panicked expression of uncontrollable glee that etched the faces of Keith Flint, Johnny Rotten and other punk greats. The band carry themselves with the same swagger, powered by an addictive fearlessness that bleeds into their art tinged scanning riffs and gut-punch bass lines. Few acts have won over a room so completely (I downloaded the full album before the set was over), but Queen Zee’s full-bodied sweaty sound seemed custom built for a night such as this. A deftly delivered end to what has been one of Ireland’s most prolific festivals.