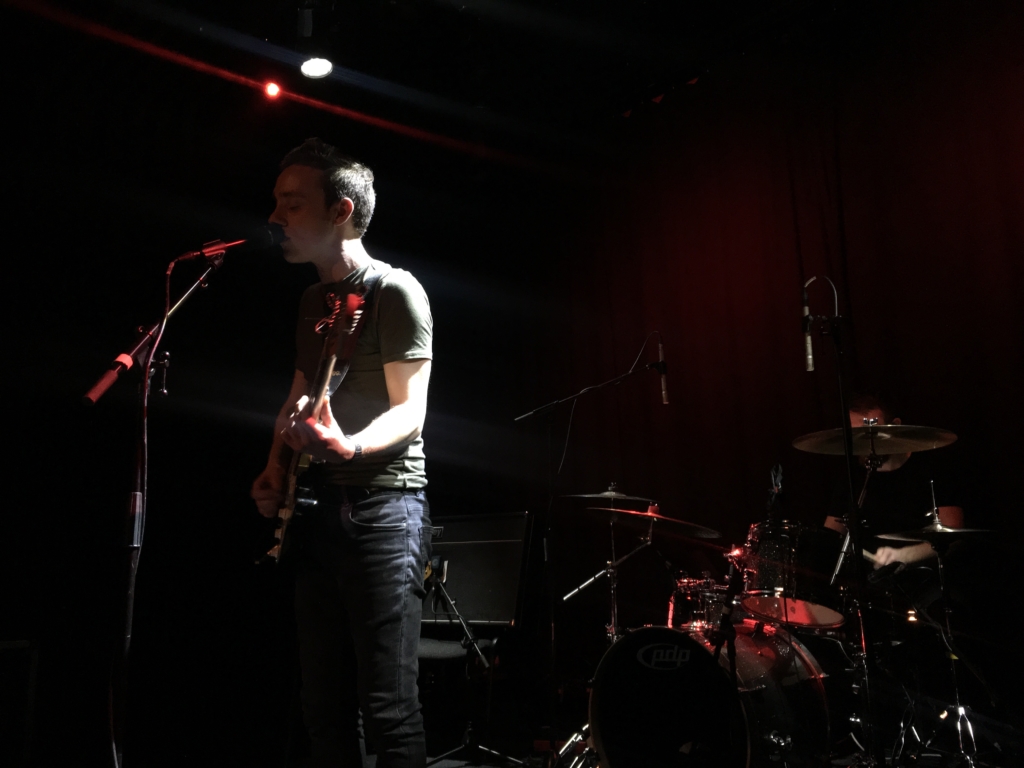 My first impression of An Culturlann is how similar the layout is to that of The MAC in Belfast’s own cathedral quarter. All high ceilings, concrete and edges. Must have been a fad to make your interior as much like a game of Tetris as possible. The sheer, plain edges and acute angles bring a smile to my face when I consider the juxtaposition between the venue and the artist perfuming tonight, namely one Glenn Rosborough. Known professionally as Rosborough, few have taken the musical world by storm like the Derry native, and yet recent releases suggest he’s only improving. Known for his cinematic vocal performances and sweeping scores’, I’m unsurprised to find out he has sold out the theatre in his hometown. I beat a quick march into the darkness, ears tingling with anticipation.

One thing that must be understood about Rosborough is that his voice is paramount in his performance. Raw licks and reflective lyrics all play a defining part, but the unique presence of his silky intonation is what sets him apart. It’s the first thing that grabbed my attention as he opened with ‘Fall To Earth’, and the last thing to boom through the speaker as he ended the show. The ringing tone and intimacy portrayed so well in his debut EP carried successfully into the live show. As he sang, you felt it, in your chair, in your lungs, you FELT it. So urgent were the vocals that I nearly forgot to take notes for the rest of the show, which would have been a shame as the Derry-born singer-songwriter is nothing if not a performer.

On the night, he cut an imposing figure, both confident and vulnerable simultaneously, with the crowd in the palm of his hand. For the first half of the show, the unflinching sting of his blues-inspired licks reverberated throughout the venue, and fiery blurts of vocals slapped the ears of those who managed to secure front row seats. At the midpoint, the acoustic came out and a un-muddled, affectionate side was revealed, all swooning soliloquies and eye contact. It is in this section in which his voice truly comes into its own, with a weaponised subtly that could cut through the hardest exterior. A Jeff Buckley-esque performance with a spectral presence throughout.

An honest, contemplative individual with a set to match, Rosborough is one of the best shows around right now. With a sound that would be terrifying if not for its aching compulsion towards emotion and themes that are instantly recognisable regardless of your walks of life, there is little to no flaws in his act. Catch him while you can, because soon tickets prices are going to catch up.