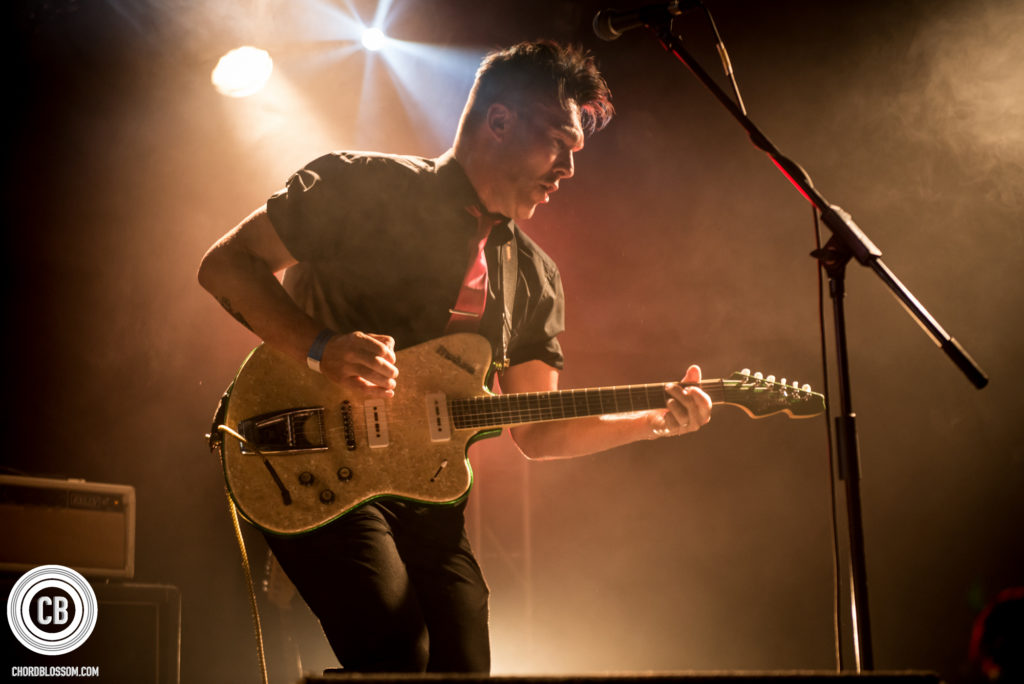 Mandela Hall. One of the most iconic live venues in Belfast’s storied history. Playing host to The Clash, Snow Patrol, The Damned and a host of others. Now, The Bonnevilles take the stage, on the eve of the venues destruction. “Into the valley of death…”

I arrive at 8.30 PM, 30 minutes before the opening act of the night to find a small but notably buzzed and growing crowd. I order two pints of lukewarm beer, which I grip tightly as I settle into the shadows and begin to people-watch. There is a solid mix of punters in both age and gender but there is an undeniably older, more grizzled vibe from most of those present. Family, friends and die-hard fans mill around the floor at the front of the stage where the macabre, bog gothic artwork that The Bonnevilles are so famous for hangs as a backdrop to the stage, like a stained glass window in a pagan chapel. As I cast my gaze around the room, I see veteran photographers, bouncers and roadie’s grip shoulders, laugh and do the manly ritual of back slaps and toothy grins, like old friends at a reunion. Which, oddly enough for an album launch is much of what the night felt like, a mixture of both a christening but also a homecoming. The Bonnevilles, local heroes from the town of Lurgan, have been staples on the scene for a number of years now, but this was the first time they were able to headline Mandela. Much chaos was to be expected normally, and doubly so tonight. The wait between this release and their last album (2016’s Arrow Pierce My Heart) has led to palpable excitement amongst the fanbase, so much so that anytime there is a lull between songs from the speaker, the crowd held its collective breath, waiting in anticipation for the beginning of the show. The electricity is infectious, and as I look around, now buzzed myself, I notice even the bar staff are having a good time.

I pull my eyes away as the MC for the night, Conor Keys takes the stage at 9.06 PM. I always feel bad for the MC, as not only are they responsible for opening the show but also because it takes a fair amount of courage to get up in front of a tipsy Belfast crowd without an instrument to defend yourself. I find my worry is misplaced, as Keys is equal parts chipper, funny, dirty, and charming. Varying from topics such as racism, Ray Charles, masturbation and Winnie Mandela, his interaction with the crowd ensure that the energy present before he arrived is now channelled towards the stage. Following Keys come, Colin Geddis, another comedian whose personality seems to fill the whole room. I take a cursory glance away during his set and see that all eyes and laughs are directed towards the stage. Geddis delivers a brisk set filled with his observations on Brazilian JuJitsu and foul references about his Dad’s sex life. You can see what theme The Bonnevilles were going for tonight. 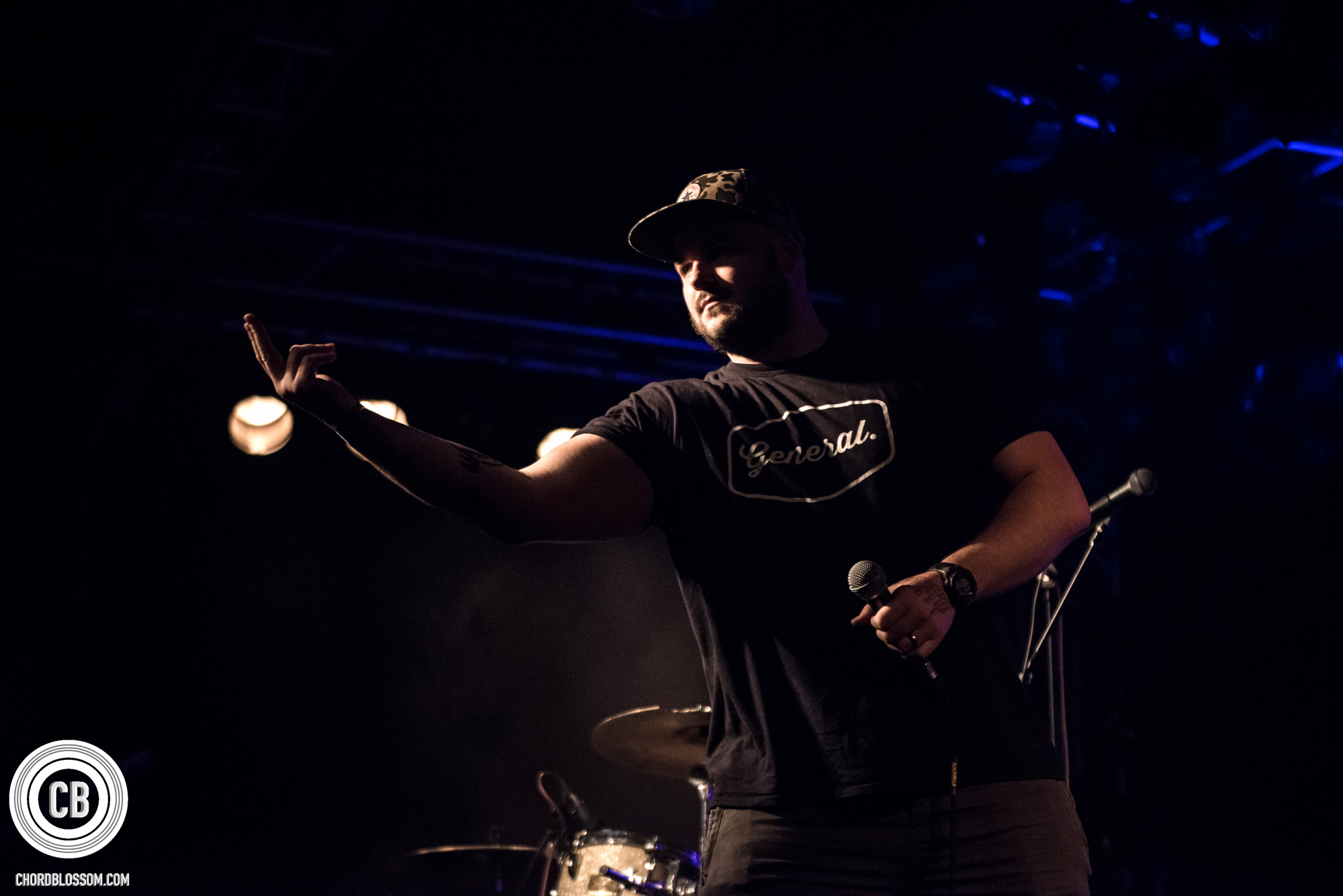 By this point, Mandela has filled with anticipation and people, just in time for the third and final opener to begin. Amy Montgomery and her band take the stage, blue warpaint adorning their faces like extras in Braveheart, before launching into a gruff, aggressive rock and roll set. Montgomery, who I spoke with after the show, was clearly ecstatic to be on stage. She later told me that being able to play in Mandela meant “everything to me” and was “validation” for the hours of hard work that she poured into her craft. A friend of Bonnevilles, she told me that they asked her in person after a studio session. “I couldn’t believe it” she exclaimed, as she went on to describe how she prides herself on her live shows and described the set as one of her all-time favourites. I could see why, as their lively stage presence had the entire room in the palm of the band’s hand. When Montgomery wasn’t controlling the pace of the show with her bluesy vocals, she was joking with the crowd, clearly loving the energy. Two songs, in particular, stood out, the rhythmic, piercing, fist-pumper ‘Constitution’ and the guitar-heavy ballad ‘Better now.’ We talked further about her upcoming shows, such as slots at both Sunflowerfest and Hilden Beer Festival, as well as a gig in Camden, London. If tonight was any indication, those crowds don’t know what they’re in for. 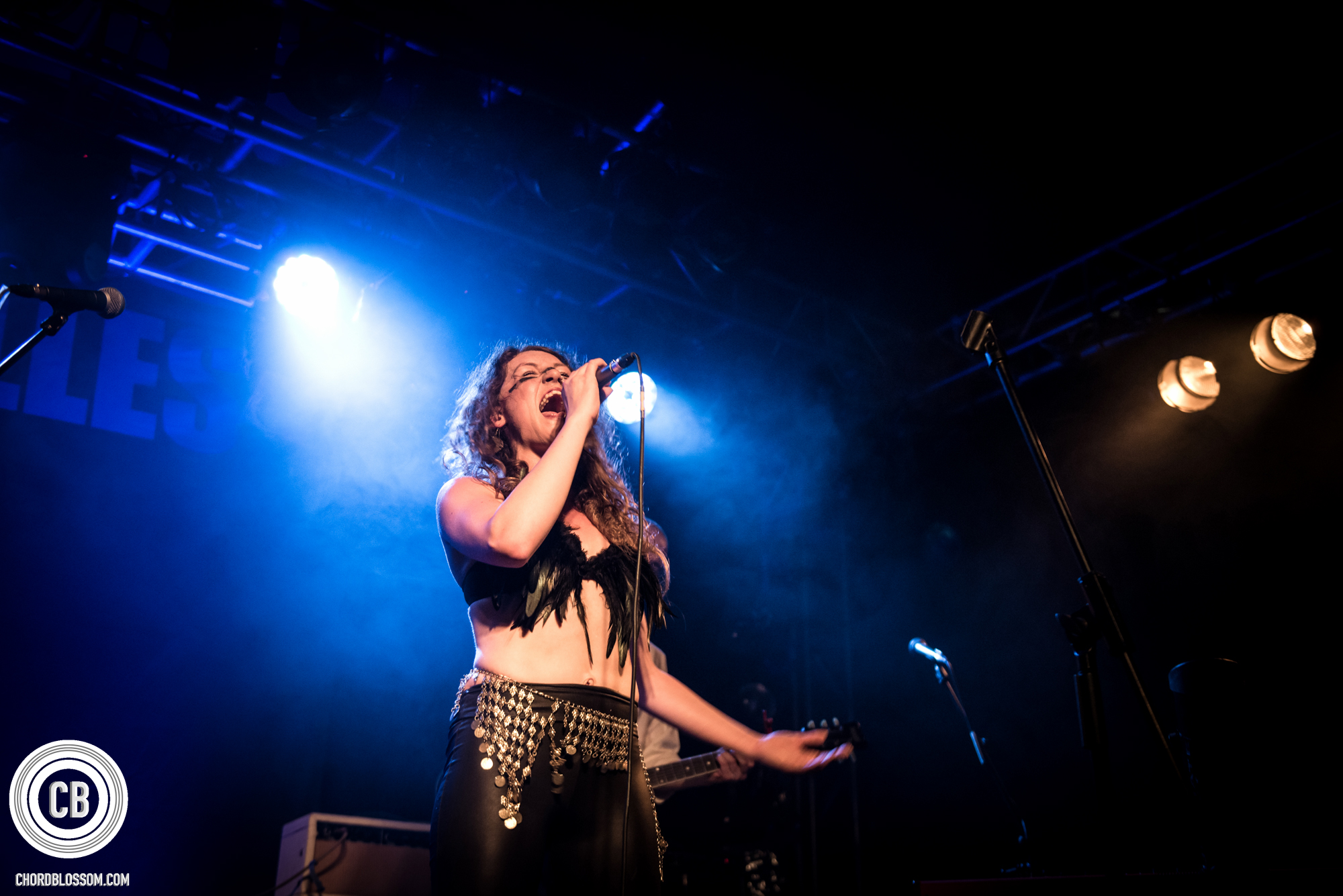 Soon after Montgomery departs the stage with her band, a short interlude takes place as the crowd gathers themselves, ready for the main act who arrive on the stage to thunderous applause and exclamation soon after. The Bonnevilles know they are the main act and the big draw. They revel in it. Flowers line the front of the stage as they make their grand entrance, before launching into their opener. With all the energy of a high-speed police chase, The Bonnevilles rip into their unique set list of bluesy, punk rock that is as much attitude and swagger as it is talent. Scowling riffs and deep coarse vocals emanate from frontman Andrew McGibbon while the restlessness of drummer Chris Mullan keeps the speed firmly over 100mph. So energetic is the set that you would be forgiven for forgetting that this is only a two-piece band, but the chemistry between McGibbon and Mullan ensures that their larger than life stage persona fills the crowd with intensity. A loud roar goes up as they announce the next song to be ‘Dirty Photographs’ before they growl into action once more, all teeth and spit and riffs.

While the set was lined with funk, blues, and magnetism, there was the odd touching moment as well. The Bonnevilles were at times, overwhelmed with the support they had received, something McGibbon was sure to relay to the crowd. He took time to thank everyone for coming, to thank the production team and staff and particularly to thank his father. It was these few humanising moments that added something more to the night other than the great music. Truly a band by the people, of the people and for the people, it is hard to imagine a better night to highlight the sunset of Mandela Hall. Thank you Bonnevilles. 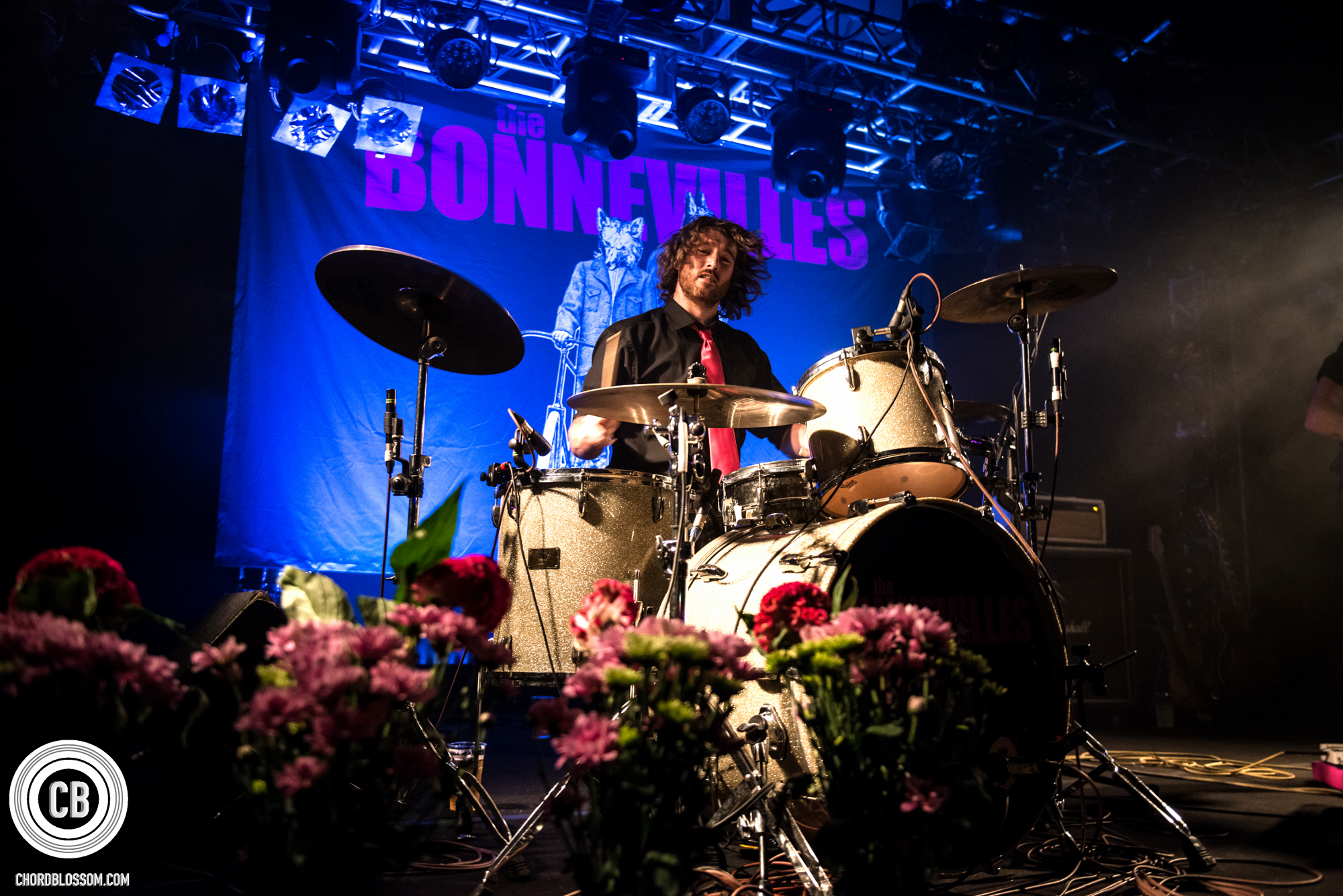