We Are Animal have a struggle on their hands, not only is it absolutely pouring down outside, the early nature of tonight’s show means that on their emergence, the Limelight is sparsely populated. It is fair to see that the Welsh indie rockers have a grungy edge that separates them from the rest of the chasing pack. Whilst ‘Black Magic’ is undoubtedly the best track in their set it fails to win over the small collection of waiting fans. 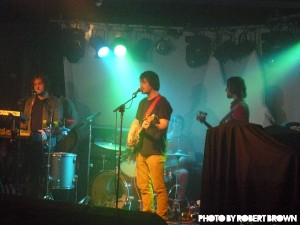 They may have only just released their second album ‘Wolf’s Law’ but with words of praise flowing from the likes of Dave Grohl, Mark Hoppus, and opening for Muse in a recent string of UK dates, the Joy Formidable can be seen as a big band. Strangely for a band from Wales they are more well-known in the US of A. Thankfully though it seems their reputation is growing with the Limelight being packed to the rafters. 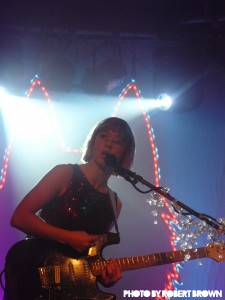 Picking your opening songs can be difficult at the best of times but choosing three tracks that have all been released as singles is a fairly wise choice. ‘Cholla’ immediately gets feet stomping along to this thumping opener with some electric “wah’s” thrown in for good measure. The first major cheer of the evening goes up when the piercing wails of ‘Austere’ reverberate round the venue. Rounding off this trio is the other newish single ‘This Ladder Is Ours,’ it is a phenomenal start and a sign of good things to come. 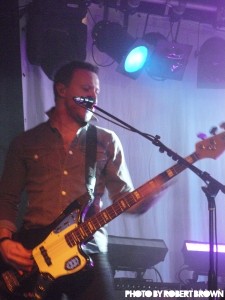 Ritzy and Rhydian in particular make good hosts, constantly engaging with the crowd with plenty of pointing, gestures and even some posing. ‘Cradle’ is a perfect example with Ritzy’s cries of “I wish” getting ever more frantic and animated. Ritzy even has some time to give drummer Matt some abuse for always being out of tune. Thankfully it is all in good humour and there are no dramatic storm offs. 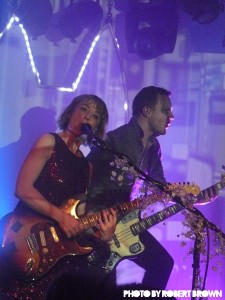 Perhaps the surprise inclusion in the set is that of ‘Silent Treatment,’ by the band’s own standards it is very low key and quiet with none of their trademark racing guitar riffs or even a whiff of drums. Unfortunately the crowd begin to talk amongst themselves and the momentum from a frantic set is lost. Realising the need to raise the tempo Ritzy and co. opt for ‘Maw Maw Song’ which brings into play a massive gong behind Thomas’ drum kit. There is something strangely satisfying about hearing the gong go off mixed in with Rhydian “mawing” in the background.  Special mention must also go to the band for actually making their backdrop interesting, with visuals being displayed on a canvas sheet whilst the silhouette form of a wolf gives off an eerie glow to proceedings. 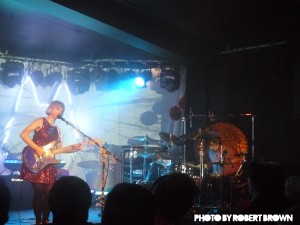 Returning to the stage to cries of “one more tune” they retort by mentioning “we don’t do one song encores.” ‘Forest Serenade’ and ‘Wolf’s Law’ are predictably good, but the moment everyone has been waiting for has arrived. ‘Whirring’ is a behemoth, it lulls you in with a nice opening section before reaching a stirring climax that is something to behold live. It is little wonder that the drum kit tonight is off to the side of the stage as Ritzy and Rhydian literally must have covered several miles on their wanders round the platform. The wild frenzied finish of this epic track, sees a mic stand kicked off the stage as well as Ritzy’s guitar disappearing into the crowd, promptly followed by her guitar tech to try and recover it. An emphatic performance from a band whose stock I can only see rising, and with the band hinting that they hope to play a festival here soon, summer 2013 is looking good already! 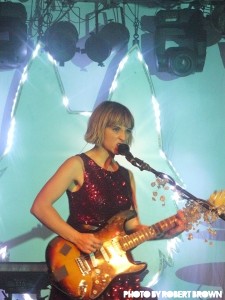