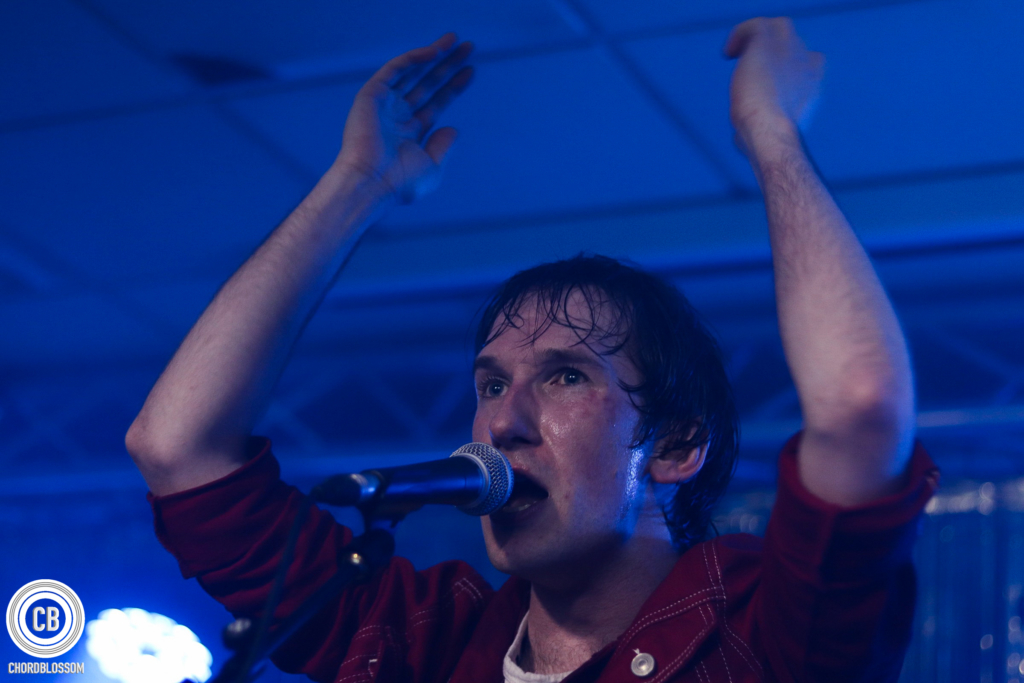 If you’ve never set foot in the Ulster Sports Club before it’s like walking into a time warp. Relaunched earlier this year, the former social club turned retro music venue is arguably the hottest spot in the city right now. Tonight it plays host to Derry’s own, The Wood Burning Savages.

Following a rousing set of alt-rock meets dark-pop from Limerick natives Fox Jaw, the Derry quintet take to the stage complete with tinsel backdrop, to Dario G’s dance classic ‘Sunchyme’ (a sure fire way to get the crowd going) and waste no time, kicking things off with a new track and ‘Rat Race’.

“Is everybody alright?” Connolly addresses the crowd. “Thanks for coming out tonight. Take two steps forward, mon in, you’ve come this far”, frontman Paul Connolly continues. We’re all in this together.

The Wood Burning Savages have never been a band to shy away from voicing their opinion on social issues and tonight they debut, ‘National Anthem’ a song about Northern Ireland’s political state, hypocrisy and “Bible bashing bakeries.” Yes Ashers, we’re looking at you. It’s a welcomed two fingers up to the DUP and we’re here for it.

While we’re on the topic of Northern Ireland, Paul takes a moment to applaud ‘Rock For Choice’ that was held in this room just two months ago. “It was always When. Never. If”, he says to cheers before dedicating ‘Sisters of Mercy’ a song about sexual repression in Ireland, to all the campaigners on the streets and all those who said f*ck off”.

It’s a beautiful moment, feelings of love, community and solidarity fill the room. ‘Lusitania’ follows, dedicated to “anyone who’s out here alone, anyone who feels like they’re by themselves”, “look after each other” proclaims Connolly. Another touching moment that highlights once more that this band are about more than just the music, they’re about bringing people together.

The Wood Burning Savages are as politically charged as ever on their new material, calling out capitalism, sweatshops and fast fashion on ‘Karl Lagerfeld Is Dead’.

‘We Love You’ has the room bouncing and the energy is electric as Connolly dedicates the anthemic ‘I Don’t Know Why I Do It To Myself’ to the NHS, “the most valuable asset we have”. As always it’s a stand out moment with the crowd singing along to every word.

As encores go the band are “in a bit of an awkward position; there’s no room to do the fake walkout thing”. With no need for chants of “one more tune!” the band slowing it down with ‘Freedom of Movement’. “We have never had the right to tell anyone where they can and cannot live’ Connolly proclaims, a statement that’s met with a sea of claps and cheers.

“You guys f*cking rock, we weren’t expecting this”, here we have a band who do not yet recognise how damn good they really are. Their humble attitude towards what they do and their attempts to highlight social issues only heightens their appeal.