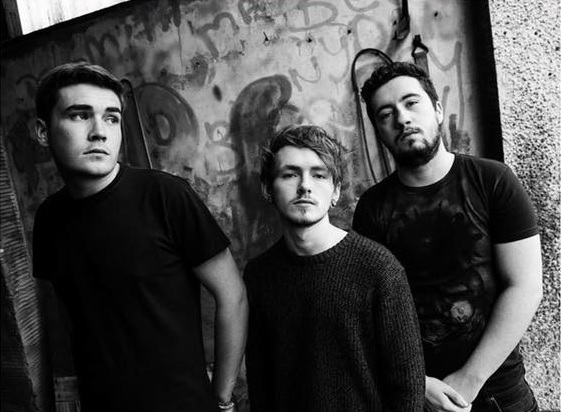 Belfast rocker trio Alpha Twin return with their second EP, Cloud Mountain, an apt name given the colossal new heights aimed for on this three track release. Replacing their blistering pace with a toothsome groove and heavy funk, Cloud Mountain shows a conscious step towards advancing their sound while maintaining the atmospheric presence that has made them such a force locally.

Furthermore, there is a noticeably lyrical improvement from their previous releases. Opener ‘The Stranger’ is a winner, with tight vocals ensuring a pleasing delivery – “It’s like an earthquake, in my chest, I digress, I don’t know, how much more more more I can take…” might be their most electric lyrical line yet just from an energy and syntactic standpoint. Accompanying this new sound and improvement is the same spidery, grimy, malevolent sound, but now with a spicy funk twist. The undisguised fury and relentless indulgence in heaviness remain, but the group have matured considerably since their last outing.

Examples of such new experience can be seen in mid EP track ‘Field Trip’. With its tsunami of liquid bass lines and thunderous percussion, it’s a hip shaker if ever there was one. Still, it is difficult to ignore the lack of lyricism in the majority of the album. With the massive step forward in songwriting seen in ‘The Stranger’, to have a dearth of lyrics in the following two-thirds was disappointing. That being said, both instrumentals are absolute maelstroms of heavy bluesy groove, which remains their saving grace. They retain the fire of the earlier releases and sacrifice very little aside from lyricism. Maintained throughout is their fierce determination and dark weight.

A blitzkrieg of aural proportions, Cloud Mountain is a positive step forward for Alpha Twin and ensures the continuation of their status as one of the most exciting young bands on the scene.