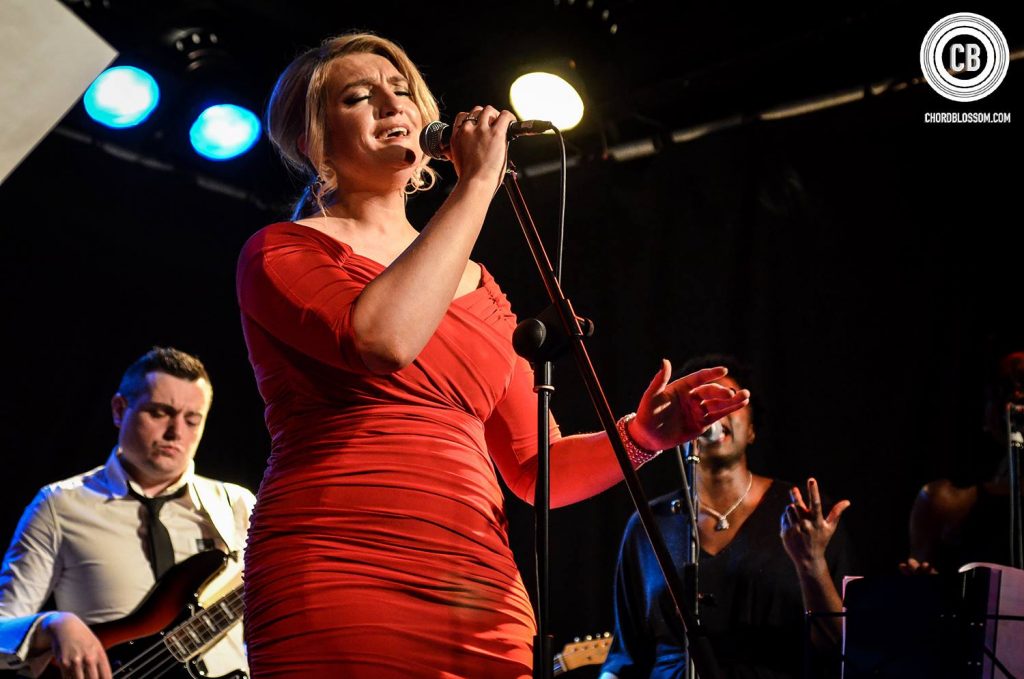 I first came across Amanda St John at Stendhal. I was merely milling about the tents when I heard these soulful, angelic vocals over the most delicate acoustics. I was so taken, hypnotised by this ethereal music that my first impression of her has almost haunted me since.

Her voice sits nicely besides the likes of Aretha Franklin, Dionne Warwick or Heather Small. So deeply soulful, emotive and eloquent is it that it is hard to comprehend that it pours from a white girl from Belfast.

When I was given the opportunity to review ‘Grow’ my heart skipped a beat. It’s almost impossible to put in to words the emotion that Amanda St John’s music can evoke in a person. This is an album for anyone who feels they have been dealt a poor hand in life, in love. A deeply empowering album for anyone – woman especially – who have suffered the agony of unrequited love, who have been played, who have doubted their worth and strength based on the actions of others or how they have been treated.

I say all of this because, listening to the album, I felt like I knew exactly where St John was mentally and, emotionally when she wrote it. I still feel on some level that this is an album I could have written myself. It might be a bold statement to say that this is an anthemic album for all the downtrodden but I most certainly feel that way.

‘Grow’ has a very down beat start with ‘Intro’ and, it remains quite mellow throughout but, it is such a deeply heartfelt album that you don’t mind it pulling on your heart strings. A number of the tracks echo of the powerful emotion and musical composition of ‘Nothing Compares 2 U’ but, St John stands out from peers and easily beats down any comparison. The album is unlike anything I have come across before and, is defiantly unique in what it gives to the listener.

There are several, exquisitely empowering tracks on the album, such as, ‘You Blew which instantly made it on to my list of ‘Girl Power’ anthems. Despite being mellow, ‘Grow’ is packed to bursting with sass and the ferocity of a woman fighting to regain her independence and confidence. It’s a testament to the realisation that being strong in yourself is the most important thing you can be in live.

Each track echoes of heart-break and, the strength that comes from surviving that. It beats with an extremely empowering message, an assurance that there is a life to be led after heart break and the pain of unrequited love. Amanda St John is a vocal powerhouse and, as the beat kicks in on ‘Big Strong Man’ you can hear that feisty, swing touch of Caro Emerald.

I love how easy it is to have the album on loop, opening with ‘Grow’ a choral, acoustic delight and closing with a downbeat, heart sore acoustic continuation of it, the album is more than just deeply emotive but incredibly soothing, comforting and, reassuring. Something I feel that music these days fails to be.

I could wax lyrical about the emotional complexities and intricacies that this album creates, evokes, and boldly embodies but, words do no justice to artistry such as this. The album speaks volumes to me and, will speak volumes to any woman or, man who feels downtrodden by love and needs their fight back.