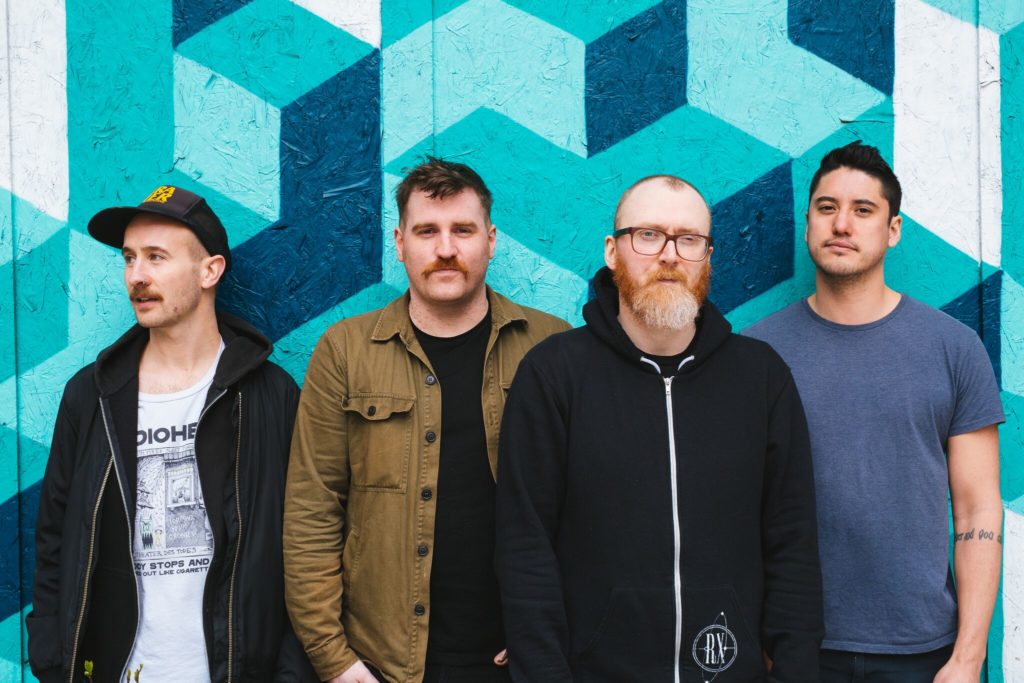 And So I Watch You From Afar – Successors

When I think of And So I Watch You From Afar (ASIWYFA in this article), I have to go back to a pre-apocalyptic world. When bars and venues were open, the cold beer was profusely pouring, and Northern Ireland was loudly striving as the music stage of Europe. Do you remember those days?

For all seven years that I’ve been living in Derry, the whispers were always the same: “Wait you haven’t seen them live? O boy I envy you, they are a show and a half.” And so in the winter of 2019, when I heard that they were going to perform in the Glassworks in Derry, I missed all opportunities to get a reduced, pre-sold ticket and bought mine at the door on the night, full price and that, and choked a little when I had to hand the money.

But as their energy carried the room and the crowd, the decibels banging against the high ceilings, I watched them flabbergasted as I thought “they are making every penny worth it.”

Since then I have been roaming the internet, listening to their art, getting mesmerised by how a quiet listen at home carries nearly the same strength and passion as a live performance.

In 2020, after a pandemic and three years post The Endless Shimmering, ASIWYFA returns with Successors, a three-piece EP that gave me a shiver of anticipation.

Successors is what you need in 2020 to carry you through the summer where nothing happened because nothing could. It is a breath of fresh air on a steamy hot day, bursting with energy. Every track has a plot twist – you think you’ve heard it all, but you haven’t and before you know it the music takes you on a journey you didn’t see coming.

You will dive into Arpanoid with a nice crescendo of chords that sound like the love child of a broken symphony and a crazy riff. Enjoy them because they are here to last – going mad in the background as the loud drums lift you off your feet, they bring texture to the piece. The sound dies as the plot twist comes in; you think the piece is over. Think twice. In the distance, there is a noise like when an orchestra tunes in before a performance. It is growing as the sound effect of distorted airwaves comes in. Are we trying to catch a message on the radio? Is there extra-terrestrial activity in my amps? This would fit so nicely in an episode of Stranger Things.

Odd Seals will introduce itself with the rigour of a metronome and the measured chaos of a Radiohead prelude. It is a less daunting, more upbeat, more normal track. There is an actual tune to it, a melody that you will end up humming. Those chord notes and the voices chanting ‘a-ha’ will stay with you, as they effortlessly replace the singer in the band. This track has an introduction, a middle and an epilogue; it actually tells you a story before fading into a nebula.

And then comes my favourite one, Radaghast. You don’t see that one coming either and if you were starting to dose off, you might get a good old fright. After a few notes that sound like the beginning of a Cigarettes after Sex song, crazy keys and a demonic drumbeat set the record straight. That drumbeat is what completely charmed me. It is steady, controlled, it pulses inside you and sends electricity through your limbs and the tip of your fingers. Then when you think you’ve settled and gotten used to this mad urge to breakdance; comes the plot twist. The crazy keys are caged and all you hear is a cascade of chords carried by a well-rounded drum. In this moment, it becomes nearly jazzy; and you are the victim of a sleep paralysis.

The cover of the EP represents something that looks like an iceberg topped by a giant broccoli and a futuristic space base. It is crazy, and so is the music that it contains. Not succumbing to it and skipping a listen would be a mistake because this is an EP that takes you on a quest, makes you feel like climbing Everest, raising the Titanic or running through all states of America for three years without stopping. It’s like eating a protein bar before going to bed and feeling the stamina shake your body awake.

With ASIWYFA you are always guaranteed a show and a half, and Successors is no exception. It’s good to have them back.