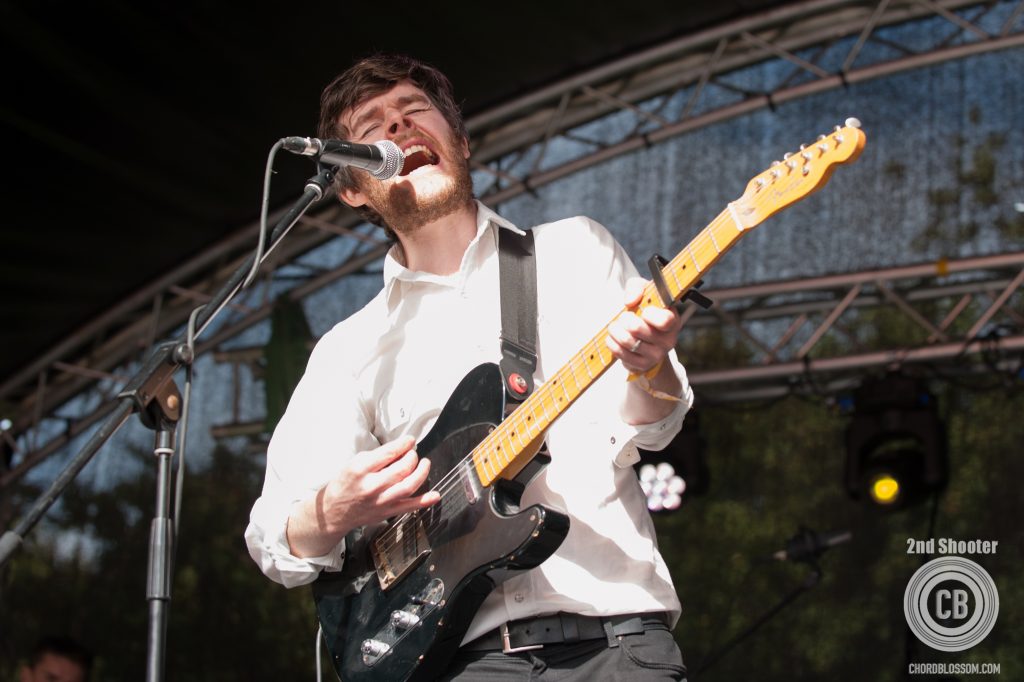 We live in a unique part of the world. Our views about what it means to live in Northern Ireland today are diverse and conflicted and torn. Arguably more so than ever post-Brexit. But still we love it, and know it’s home. And it’s into this context that Arborist cast their eye with A Northern View and aim to make sense of where we find ourselves.

Album opener, A Stranger Heart, draws the listener in with half a minute of wistful strings before someone suddenly pulls the plug and everything cuts out. It makes you sit up and stop whatever you’re doing. Which I guess is exactly what Mark McCambridge, the frontman and creative force behind Arborist, intended it to do. To create a sense of disjointed unease amongst the beauty.

Then just as you’re walking over to check if your speakers have packed in altogether, the music reappears, but with a completely different feel. Right from the outset you realise this is an album that isn’t going to be afraid to operate by its own rulebook.

The follow-up to Arborist’s NI Music Prize-nominated 2016 debut album, Home Burial, this release is a step up in both ambition and scope. Combining fragility, insecurity, nostalgia for the past and hope for the future, it’s a frenetic journey through the mind of this poetic artist who is fast carving a niche as one of Northern Ireland’s premier songwriting talents.

As the band transitions effortlessly into the driving rock of Here Comes the Devil, McCambridge points out the hidden prejudice that can surface in all of us from time to time, describing this ‘devil’ with the words, “I saw him in the ocean of your eyes.”

After The Guttural Blues, a hypnotic, sweary piano-led ballad of longing to emulate his favourite songwriters, gentle guitar strums provide a bed for the haunting violin strains of Taxi. As this memorable spoken word track develops, we learn about a cousin of McCambridge’s dad called Henry McQuillan who may (or may not) have been the creative spark behind Thin Lizzy deciding to record Whiskey in the Jar.

Henry, we are told, was a Mod who “rebelled against authority”. For a short while, he lived the fast life with his band supporting Phil Lynott & co. before returning a few years later “a skeletal, shadowy version of himself.” The strings swell in a wild crescendo and almost drown out the narrator before stopping abruptly for the story’s final, brilliant punchline.

Shoots of hope spring from unlikely sources in From the Sagging Bough of a Maple even in overwhelming circumstances – “So we’re laying our heads low to commune with the soil. I can sense something grow, shoot up and uncoil” – before undulating strings interwoven with slide guitar introduce By Rote.

A gorgeous ode to memories of learning to play the piano when growing up, McCambridge sings “I remember watching your hand upon the off-white keys, oh the hollow chords how they’ve stayed with me.” Emma Smith’s soaring violin helps paint a vivid picture of that young child being changed by the transformative power of music.

The arresting a cappella of The Dark and the Moon, featuring Joshua Burnside as one of the assembled choir, paves the way for Don’t Let The Sky Take Me, a slow-burning lovesong to Ireland that is eerily reminiscent of early Fleet Foxes. Once again, McCambridge shows he’s not one to shy away from difficult subject matter as he considers arrangements for his own death in the strangely soulful, lilting Can I Add You to my Will? Brass-driven, it expresses the heartfelt emotion of a man towards the one he intends to leave everything to.

Then, in Too Much on my Mind, he contemplates his own personal anguish – “I’ve retreated, I’ve drawn the blinds. I need some space so I can unwind” – on a country-tinged song that has echoes of an old Hank Williams standard only with added Hammond organ, lamenting the hanging rope that is “squeezing tight”.

The record finishes with a sweeping six-minute title track devoted to life in our wee country, building gradually before Jonny Ashe’s growling electric guitar pierces through the noise and jostles with frenzied trumpet sound as the song reaches its climax.

A Northern View is an album that is bold and brilliant in its vision and execution. With it, McCambridge has secured his place at the top table of Northern Irish musicians today. The man is a poet and a sensational, brave songwriter. He deserves all the accolades that will surely come with this record. In terms of the local music scene, I imagine he will be part of our Northern view for many years to come.