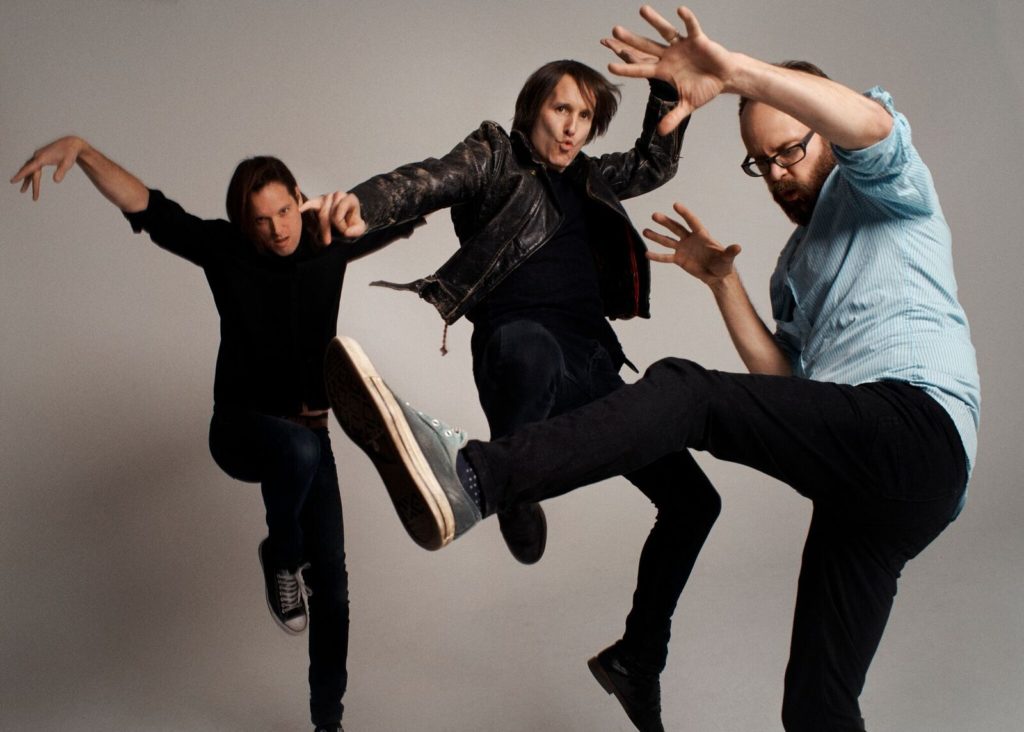 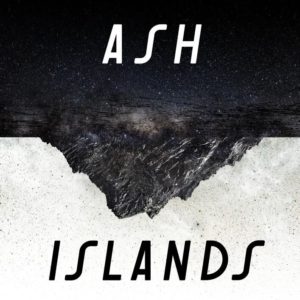 Downpatrick veterans Ash return with their 7th album ‘Islands,’ a seasoned and thoroughly enjoyable album that sees them embrace their future without shunning their past. Following a tour supporting Weezer, this latest endeavour sees Ash dive headfirst into the new world of music after only dipping their toes previously.

Following their 2007 pledge to stop releasing full-length albums and departure from their then album, Ash would later return to the fold with 2015’s good-ish (if hesitant) ‘Kablammo!’

Now back at their spiritual home, ‘Infectious Music’, and with a “Jaysus take the wheel” attitude, Ash has produced their best music in over a decade. A master class in power-pop and melodic indie rock, ‘Islands’ is as fresh as it is infectious.

Ash escape the common trap of older bands returning to the fold by retaining their old sound without sounding repetitive or dated. Despite their two-plus decade tenure as a unit, ‘Islands’ has the legs of a band hungry to prove themselves in the modern landscape, and the comfortable confidence excluded by frontman Tim Wheeler only assists the band in their horizon expanding LP. Punchy and bright in parts whilst mature and introspective in others, ‘Islands’ has concrete influences from The Beach Boys, The Doors (‘Is it True?’) and Eels (‘Incoming Waves’) among many others. While embracing some of the tropes of modern music, there is enough of an indie vibe to keep the pedigree that Ash has maintained all these years in the musical landscape that Alex Turner and Co. have created. Like a good wine, ‘Islands’ matures as the album progresses as Ash perform some of the largest and more confident music they’ve ever played.

The first half of the album starts off strong with both ‘Annabelle’ and ‘Buzzkill’ drawing listeners in with their reckless abandon and boundless enthusiasm. ‘Annabelle’ retains the 90’s sound that built the Ash house whilst managing to sound modernised, indicative of the progress that they focussed on for this album. Powerful, thick guitar riffs emphasise the juvenile fun of the track. ‘Buzzkill’ on the other hand is an unrepentant call back to the heydays of the 90’s. An elated, in your face, expletive-laden track that is equal parts raw, funny and snarling. ‘Buzzkill’s’ greatest contribution to the album is that it demonstrates that, despite their age, that they can still have a laugh on a track which is a relaxing quality in this age. Backing vocals from two members of ‘The Undertones’ add a pop element to a song that revels in its own simplicity. A straightforward, air punching road sing-a-long waiting to happen.

However, as the album comes to an end, there is a transparent shift towards the mature. Beats become darker, vocals become emotional and songs become weighted with meaning. For instance, the raindrop keyboard on ‘Is it True’ is more akin to The Doors than Weezer. Sounding like the jingle for a macabre funfair ride, ‘Is it True’ sees Wheeler open up and make himself vulnerable and he croons about uncertainty, heartbreak and loss. However, this is not Wheeler making a martyr of his misery, but instead using it as fuel, as evidenced by the anger and dark humour present in the lyrics “intoxicated, I was blind” when talking about his former lover. Despite the sombre tone, however, the melodic harmonies in the chorus more than retain the power-pop appeal.

Album closer ‘Incoming Waves’ proves to be the most mature on the album. Extremely reflective and spacious, with thick indie and emotional pop vibes that put in the same vein as Eels and the quiet moments of ‘AM’ from Arctic Monkeys. A personal balls that act as a love song, but not in a traditional manner. Instead, Wheeler professes his love to his happier memories as he walks along the beach of his hometown. This is a song about past love but also acceptance, time and moving on. The climactic pace shift encapsulates all the nuances of the album, simplistic in its composition but also aurally huge. The soaring chorus has lyrics that are easy to grasp and relatable, but under a thin surface lies layers of the atmosphere. A truly impressive curtain call.

Truly an Island you wouldn’t mind getting stranded on, Ash prove to the world and themselves that they are back in the driver’s seat with ‘Islands.’ It is good to have them back.