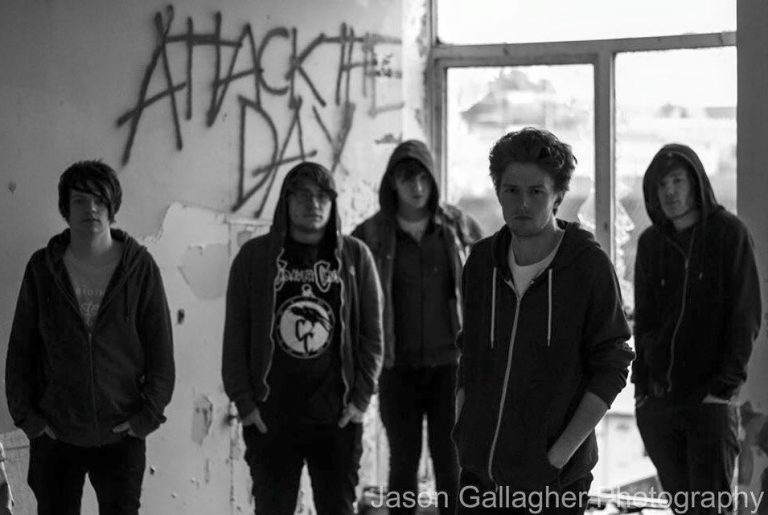 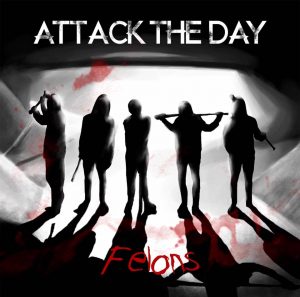 It’s often said that time moves faster as you get older; years just whizz by in the blink of an eye. When you’re young, it’s the opposite: days drag by, months stretch out ahead of you and a year can feel like an eternity. Of course, that also means that it feels like you can get LOADS done in a year when you’re young. Take Fermanagh alt rockers Attack the Day, who after forming in 2012, released their debut EP Shadows about a year ago (you can read our review here), with then new vocalist Daìthì Murphy at the helm. The EP was ripe with promise but just a little too raw and required some polishing.

They have certainly used the intervening year wisely, honing their craft and directing their creative energy towards their second EP ‘Felons’, which was released in May of this year (2016). This time round they sound somehow fuller (despite losing a guitarist) and positively gleaming, with Murphy in particular coming along in leaps and bounds (and sounding rather like his voice has broken for the second time!).

The EP opens with ‘We Are the Change’, all jangly alt rock complete with ‘woah-oh’ intro and chorus. It’s immediately catchy in a spiky yet radio friendly way, and feels professional yet retains some of that rawness.
‘Bridges Will Burn’ is next, with the vocals given added heft from the roar of Self Stifled frontman Brian Maguire. It’s quite a dichotomous number, with a rather trippy feel that gets chopped to bit by the heavier elements.

Instrumental ‘Epidemic’ follows; at just over two and a half minutes long it’s an odd, albeit quite heavy number that could perhaps be further worked on for another release. Then it’s live favourite ‘Part to Play’ which has, frankly, a bit of everything: a grungy, silverchair vibe, a slinky bass instrumental which leads into an almost ska sounding section, which then slams into an outro that sounds like Limp Bizkit and Don Broco duelling it out! Throw in an impressive growled vocal and it all adds up to the heaviest, most ‘kitchen sink’ number on the EP.

Final track ‘Who We Are’ wraps things up in style; it’s a rather punk rock flavoured number, all chugging riffs and forceful lyrics, and is the most cohesive song here. It also contains the best vocal performance, with Murphy utilising his strength and range well.

Despite their youth, Attack the Day have clearly been focused for the last year or so and have improved dramatically in that time, as can be heard on ‘Felons’. We will be keeping a keen eye on this diligent band: who knows what another year will bring?