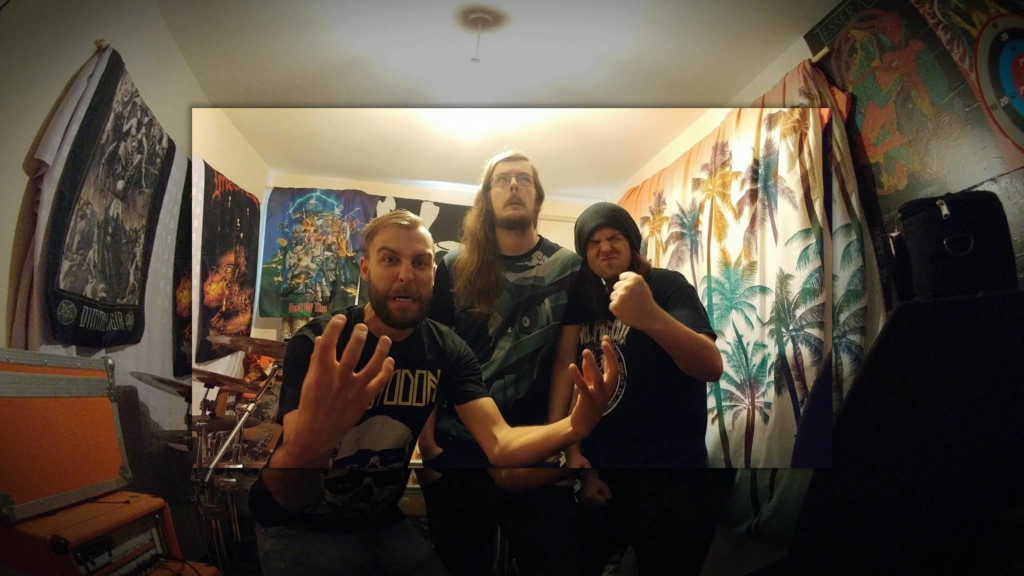 Limavady hardcore merchants Axecatcher make a bold, defiant musical statement with their fourth EP release ‘Second Hand Grief’. Appearances at high-profile festivals such as Stendhal and Monsters of Rot are small reminders of how hard this band works to make their pummelling brand of riff-heavy metalcore that touch more accessible.

Hallmarked by tight, solid production from Niall Doran of Start Together, the slightly polished sounds of ‘Second Hand Grief’ aid in making the release feel like a fully realised, albeit short, piece of art.

Chaotic, spasmodic and drenched in feedback, opening cut ‘Burner’ is an aural barrage of angular, jagged riffs, bitter vocals and remarkably tight drumming backed up by one of the thickest bass tones ever heard on a Northern Irish release. As an added bonus, the lyrics avoid the usual hardcore tropes and go straight in on the offensive, attacking the indifferent and morally superior – [Second hand grief / Use it as a sword for your beliefs / Virtue conceit].

The American influence is felt particularly on ‘Covered Eyes’, chewing up and spitting out an ugly hybrid of Converge, Metallica with the darker side of nu-metal. Discordant guitar in the verses contrast nicely with the thrashy midsections and pit-ready breakdowns – this is undoubtedly the EP’s standout track.

Final track ‘Cry Foul’ is indebted to math metal, but goes above and beyond the confines of the label. Spidery guitar work weaves in and around galloping percussion and a firmly anchored bassline before closing the EP in a breakdown that is not only the heaviest thing Axecatcher have ever written, but a stunning display of their musicianship and ability to write beautiful melodies into the nastiest brand of metallic hardcore that they can muster.

‘Second Hand Grief’ is the band’s most confident and self-assured release so far, evident in every aspect from the songwriting through to the lyrics and performances. With their proven steady upward trajectory and impressive back catalogue, Axecatcher are surely destined for the likes of Roadburn Festival not so far down the line.