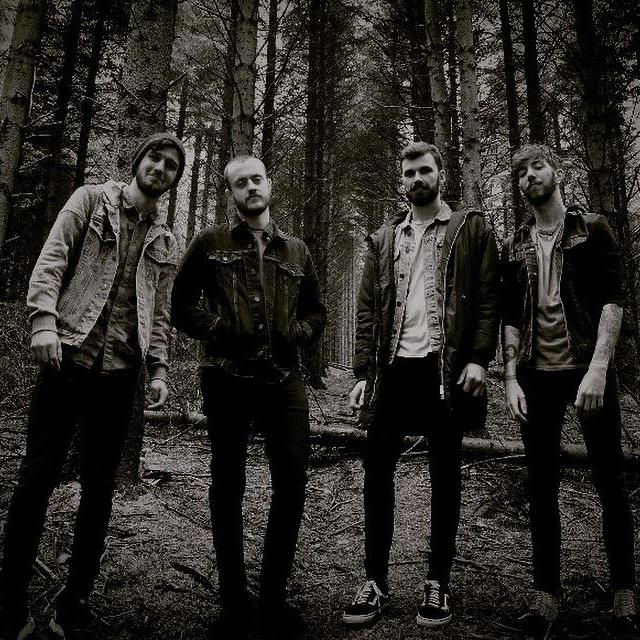 Described as being one the ‘most impressive new acts to have emerged in NI recently’, the future of four piece Alt-Rock group Bear Skin seems bright if their debut EP ‘Bare Bones’ is anything to go by. Recorded at Einstein Studios NI, the EP emerged in late September, with the boys hosting a hugely successful EP launch night a month after its release.

The EP is made up of five individually stunning tracks, with the first being the previously released ‘All Along’. While undoubtedly their best and most popular piece of work, their choice to include this track in the EP may be somewhat questionable. Perhaps the band’s sound has changed since the original release of ‘All Along’ but its alluring hooks definitely contrast with the rest of the EP and perhaps distract from the overall listening experience.

As if to highlight this ‘Emerald Green’, Don’t Believe’, and ‘Old Road’ take on a slower and more soulful edge, as well as revisiting a lot more bluesy influences shown in their  earliest work. The penultimate track ‘Hype’, sets itself apart as a beautiful medium between ‘All Along’ and their blues-influenced tracks. As its name suggests it is far more upbeat, with its punchy guitar intro and lyrics that portray the classic ‘get the girl’ storyline. However the track has a great switch in mood near the conclusion, which slows the listener down to hear the soulful lyricist, just the ‘hype’ them back up again for a killer ending.

Being a new band with relatively few releases, Bear Skin could do with finding and refining their sound and influences. This will come naturally over time and doesn’t take away from this EP which shows glimpses of their undoubted potential.