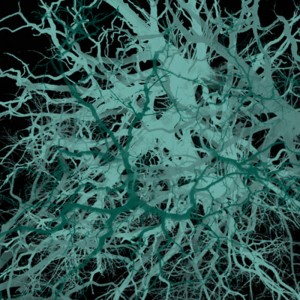 “Making teenagers depressed is like shooting fish in a barrel.” Bart Simpson may have been unimpressed with the brand of emotive hard rock peddled to scores of disaffected kids by the Smashing Pumpkins and their mid-90s peers, but he seemed to be in the minority of Gen Xers as Nirvana, Soundgarden, Sonic Youth et al. sold out massive arenas and sold millions of albums at their plaid-shirted peaks. Even today, almost 25 years on from ‘The year punk broke’ (with 1991 seeing the seismic delivery of Nirvana’s Nevermind and Pearl Jam’s Ten) grunge seems in rude health, with new artists such as Australian songstress Courtney Barnett and English rockers Wolf Alice releasing critically and commercially successful debut albums that would have an early Lollapalooza crowd moshing in approval. Belfast power trio Black Mono are the latest to get in on the act, with their three track EP ‘Like A Vein’.

First cut Sundown opens with a Kyuss style stoner rock riff before giving to the sort of punkier jam found on Pearl Jam’s classic sophomore record, Vs, with Verity Grant’s moody bassline very much at the front of the mix. At around the two-minute mark Naomi Savage’s vocal kick in, a repeated growl of ‘Have you been loved?’. 90s alt. rock was somewhat unique in it’s wealth of strong front women, but, vocally at least, Savage seems to draw as much inspiration from the throaty holler of males Chris Cornell and Layne Staley as the roar of Kat Bjelland or Courtney Love. The track oozes with rumbling tension, but with the sparse nature of the lyrics make the song feel like little more than a sketch.

Second track ‘Fled’ takes things into heavier territory, with the sort of lowly-tuned riff that sounds like it was lifted from Alice In Chains dark masterpiece Dirt. Savage spits out bitter lyrics from the viewpoint of a scorned lover, with the singer/ guitarist wracking up the emotive qualities of the song with a simple-yet-effective guitar solo that godfather of grunge Neil Young would be proud of. As the band chug on over the song’s epic seven and a half minute running time, they begin to recall 90s jam band revivalists Phish as they take the listener into a hard rock trance.

The EP’s highlight is the monolithic slab of hard rock ‘A Stage of Neck’. With a title seemingly straight from a Rush record, the songs pace picks up from a crawl to a rocking mid-tempo swing around the 30 second mark as the band begin to cruise. It’s worth remembering that as much as grunge was influenced by hardcore punk and the US underground scene, it was equally indebted to classic rock and Black Mono certainly seem aware here: the dynamics and huge sounding instrumentation would sound equally at home on a Black Sabbath or even later Led Zeppelin album as they would on Soundgarden’s sprawling, psychedelic alt metal classic Superunknown, suggesting that Black Mono can use their influences to create a loud, expansive racket entirely unique to themselves.

Black Mono have created a trio of songs that point to the alternative heroes of the past without falling in to the genre parody that many of the insipid (though, unfortunately, hugely successful) ‘post grunge’ bands fell into. They harken back to a time when distorted American rock was not a shortcut to MTV play, but an actual rebellion against what was being passed off as ‘rock’ in the mainstream. If you think the Melvins should have been bigger than Stone Temple Pilots and Bleach is your favourite Nirvana album, you may have found your new favourite band.

So Long Until the Seance – Seducing the Devil EP