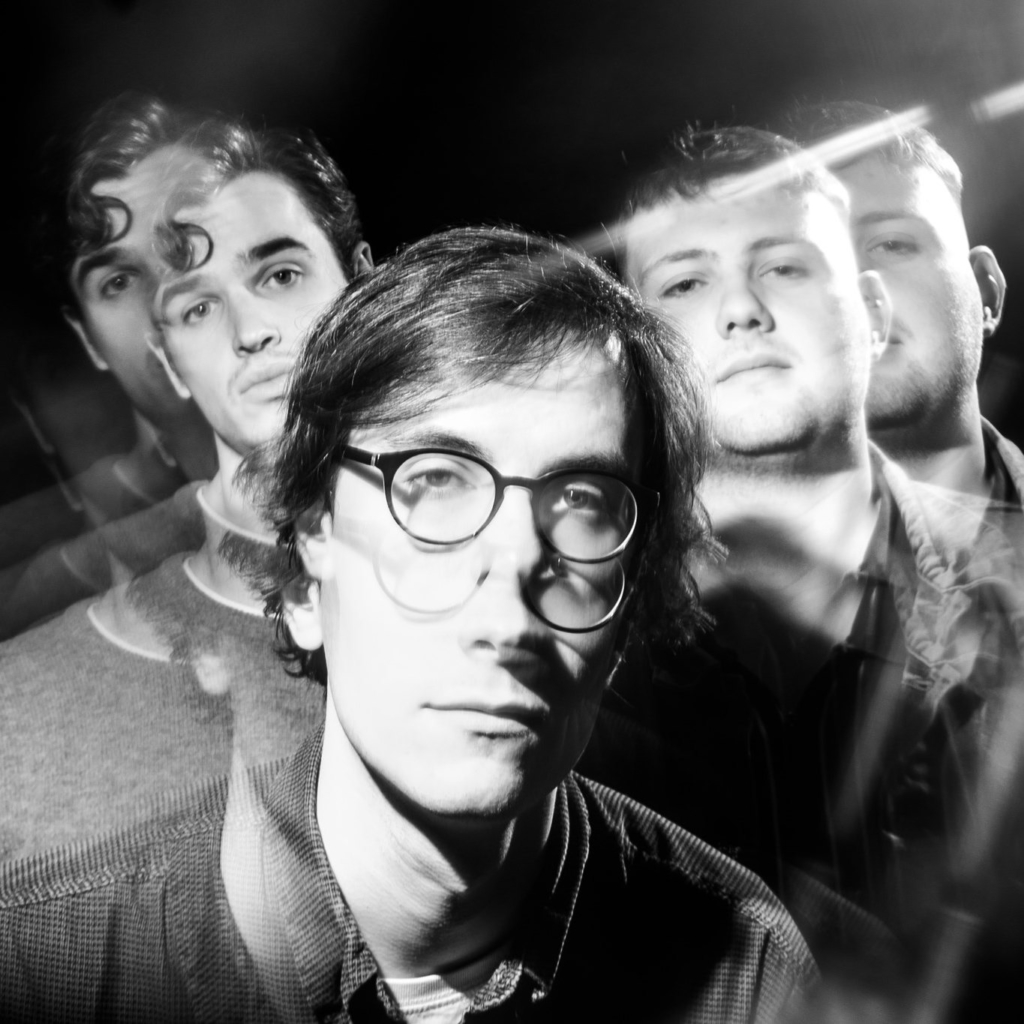 Careerist have taken their time to get here. Despite earning a reputation as one of the most exciting talents in Belfast under the Hot Cops moniker, they took some away. After the best part of a year, they returned and soon after announced a new chapter, a new name and a debut album called Weird Hill.

The key components that Hot Cops built have remained, but a definite evolution and a willingness to expand outwards from their core shine through on their long-play debut. Carl Eccles’ uniquely eccentric, baritone vocals and acerbic guitar lines are now funnelled through a more mature sounding production from long time cohort Chris Ryan (Robocobra Quartet).

There’s a fair few heavy riff based tracks to be found and fawned over despite the expansion to their sound. One of the sole survivors from their past selves is opener ‘Negative One’, both big and offbeat, serving as a fine introduction to the uninitiated. On first listen ‘Doors’ hits with a bite, a simple manic rift weaves in and out through the track’s off the wall sense of movement. While ‘Book II’ is a non-stop intersection of disconnected riffs and a staccato, chromatic breakdown that hits the sweet spot as well as any moment on the album. Tracks rarely coast by, instead Careerist chop and change through the old Pixies adage of quiet/loud.

‘Weight’, however, is most unexpected. REM-esque guitar parts over acoustic guitar is quite something for a band that’s typically more Menagerie than Sunflower Bar. Similarly, ‘Ring of Hands’ is as much Orbison as Pavement, the word ‘cinematic’ loudly displayed in bold across the song’s reverberating guitar, echoing rhythms and show-stopping set pieces. ‘Idle’ brings its own sense of the dramatic, with two gorgeous reprises and brief but well punctuated backing vocals (see also ‘surf’s up’ on ‘Piran’).

Eccles’ cut and paste lyrics are forever hard to pin down but from the shouted absurd to the deadpan mundane, usually strike a chord. No listen to ‘Slasher’ is complete without the incredible ‘I predicted tears at the marathon’ lingering in your psyche. The pastiche-slacker-cowboy vibe here helps deliver one of the best tracks of the year. ‘Party Up’ is beautiful. A track with all the pace and stagger of a drunken ballad but still morphs from a soft groan to a glitchy mess of noise.

Without wanting to dwell on a chapter that has now closed, it’s difficult to listen to the band’s first long release without thinking back to Hot Cops. From witnessing their early live shows and the past releases, lost to both time and a dead iPod classic, the band that created a palpable buzz are here but with an arsenal of well-worked songs that will surely put Hot Cops to bed.

Weird Hill is exactly the sum of its parts, and that’s because the individual parts are very, very good. An album capable of producing new favourites on each listen is a surefire winner of a debut.