Ethan Hanna – Welcome To The Batlands 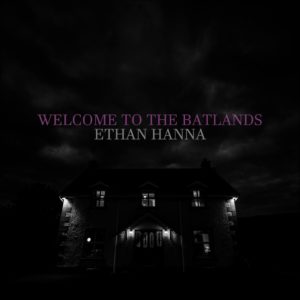 Lisburn’s own Ethan Hanna burns onto the scene with his debut album Welcome To The Batlands. Whimsical, mature and full of surprises, Hanna’s first foray into the album landscape is an accomplishment in melody. From the onset, the talent of Hanna as a songwriter shines through, with thoughtful lyrics and sustained skilful composition throughout the album’s twelve tracks. With instances of folk, rock, Americana and country, there is plenty to unpack and experience in Welcome…

Furthermore, Welcome… has an air of comforting unease about it. Self-contained in the best way, Hanna maximises his strengths and minimises his weaknesses by staying within the boundaries of the record while using a variety of techniques and instruments to maintain a level of freshness from beginning to end. For instance, Eels-esque album opener ‘Bikes and Cars’ begins with the echo of passing traffic before Hanna’s husky vocals and ominous guitar enter the arena. Filled with dark, grungy emotion and elements of escapism, ‘Bikes…’ occupies the gothic corner of Americana that frames much of the album. Even the album title sounds like a shadow realm version of a Bruce Springsteen album. As such, the lead album single ‘Perfect’ acts as an effective contrast to the darker elements. A cloudburst of upbeat guitars elevates Hanna’s raspy vocals while superbly elevating his penchant for storytelling.

As the album proceeds, Hanna’s appetite for room-filling riffs and distortion-heavy solos becomes apparent, as do their foils. Clearly apparent in much of the album is an appetite for hugeness, but Hanna’s singing prevents us from losing ourselves in the composition, as the sombre vocals keep us grounded. In contrast to this, the interspersed keys and miasmic backing vocals elevate the grittiness of Welcome… ensuring it is neither too sharp nor smooth. Nowhere is this truer than mid-album joy ‘Fire’. Punchy, grungy but also vulnerable lyrically, ‘Fire’ has all the hallmarks of a live staple with its crescendoing chorus, headbanger riffs and relentless energy that demands air guitars.

Welcome… has a little bit of everything: Fear. Love. Regret. Happiness. It walks the line of excessive and muted impeccably and is fresh from the first to last second. Album closer ‘Reprise’ contains no words as if Hanna is telling us that nothing more needs said. A Springsteen-esque symphony plays the listener out as the distant noise of traffic slowly grows louder until it drowns out the music. The Batlands slowly disappear in the rear view mirror.