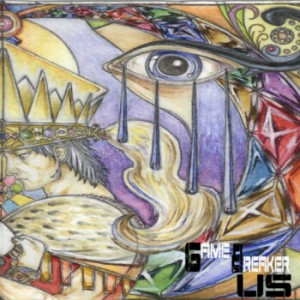 ‘Us’ is the highly anticipated debut EP from Gamebreaker, AKA the Derry-based musician Patrick O’Kane, who composed and produced the EP single handedly in its entirety. Almost six months in the making, I was admittedly rather eager to listen to the “cacophony of musical treats” that ‘Us’ was alleged to be.

The introduction (which is titled in a fairly self-explanatory manner) to ‘Us’ is intended to be a taster of things to come. In itself, it is evocative of SOHN, despite it being a soundscape rather than a typically structured song. Consisting of atmospheric reverb, plinking keys and gently crooned vocals, the single syllable echoes until a (not completely unanticipated) bright burst of guitar takes over from the softly sung “Ooh” as the track’s focal point.

Fading into the recurring piano progression of ‘Beginning’ (which is also all-too aptly titled), I finally think it safe to deem ‘Us’ a slow-burner of a debut. However, caught off-guard by the early emergence of Patrick O’Kane’s heartfelt vocals, I find myself pleasantly surprised. The dynamic of the song shifts cleverly from incorporating barely restrained, grown-up angst to minimalistic ‘Year Zero’ style backbeats, to strategically-placed choral samples and back again without a single moment of it feeling contrived, which is quite an accomplishment. It is a very technical song, without being abrasively so; even the somewhat abrupt ending is effective without being alienating.

‘No Matter What Happens’ is in a very similar vein to its predecessor. The lyrics champion love and devotion (and perhaps some degree of necessity: “Picking glass out of your hand” doesn’t sound like too idealistic a scenario), and their inevitable conquering of any feelings of frustration and anger. Alas, it is, for the most part, a sweet song that makes for pretty chilled listening without being overly sentimental, so I’m going to leave you to listen to it and go “That is simultaneously pleasant and gripping. Aww.” in your own time.

The penultimate track, ‘Marionettes’, is soulful, but in a different way. Opening with delicate synths and disembodied, compelling vocals, it builds on itself before being secured by the (oxymoronically) initially arrhythmic sounding drumbeat and steady bass. The crescendo is misleading, but intriguing- I won’t spoil it for you, but there’s a fantastic breakdown lurking in there- and ultimately, results in a highly satisfying song.

Prior to listening to ‘Us’, I had yet to hear any interpretation, original of otherwise, of the Gym Class Heroes’ song, ‘Cupid’s Chokehold’ (not least because I am no longer down with the “kidz” in “the street”, naturally). I assure you that, after tracking down and familiarising myself with the original, I am now officially qualified to tell you that Gamebreaker’s version is a brilliant reworking of the source material, which incidentally relies heavily on the music and chorus from Supertramp songwriter Roger Hodgson’s hit song ‘Breakfast in America’ (we’re all learning something today. You’re welcome). Think late noughties, commercially viable but palatable rap channelled by Trent Reznor, and you’re there.

Speaking of which, Nine Inch Nails is a comparison that is well worth drawing: ‘Us’ is a debut that is nothing short of a testament to its very technically minded creator, and is refreshingly creative whilst, astonishingly, managing to remain accessible throughout. With the intention of taking you on a “seamless journey”, with attractively ambient elements of escapism interspersed throughout, it’s a success in every sense of the word, and I personally look forward to seeing what one of Derry’s most promising singer-songwriter-producers is going to come up with next.