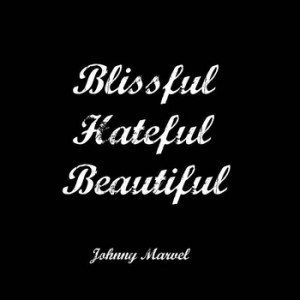 Make way for newcomers, pop-rock trio Johnny Marvel, who are already making waves around the North Coast. Having played live shows on a regular basis from their formation in the summer of 2012, the trio, made up of Jack (Stewart, lead vocals and bass), Leo (Clancy, guitar and backing vocals) and Henry (Schwittay, drums) are already making a name for themselves as serious contenders within the local scene.

Opening with the punchy ‘Brothers And Sisters’, which incorporates both clean-cut, summery sounds and grungier guitar tones, Schwittay’s relentless drumming provides a solid base for the layers of Stewart’s vocals, which veer between lulling and powerful, and Clancy’s compelling guitar work.

However, the band really come into a league of their own with the almighty ‘Fabric Maverick’, which builds to a staggering refrain and an absolutely scorching solo. This is truly a ridiculously impressive track, even before taking into consideration the fact that it’s been produced by a band that’s still in its relative infancy. This alone is a prime example of why Johnny Marvel’s is certainly a card to mark- I can’t say I envy their competitors!

The gentler pace of ‘Mother Summer’ brings the EP to a close. With more contemplative lyrics and further melodic playing, it builds unexpectedly from a track that is rather reminiscent of the Red Hot Chili Peppers’ Under The Bridge, to a positively blazing powerhouse of blaring distortion and Stewart’s impressive vocal capabilities.

The trio have somehow managed to summarise this release with their own term, for this is as “Blissful” an EP as I’ve heard in a while. Setting themselves apart from both their teenage and older rivals, Johnny Marvel have managed to create a highly impressive debut. Between showing a great capacity for song writing and the ability to make their songs both technically impressive and immediately accessible, if the three piece continue in a similar vein to this, they’ll undoubtedly become a real force to be reckoned with.