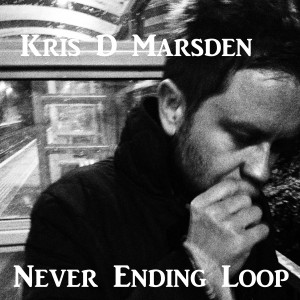 The classic folk influence is immediately apparent on the record’s opening track ‘Go & Make’; it’s two and a half minutes of country rhythm and roll. With lyrics referencing the toils of various substances, the track evokes the songwriters of the past. The rest of the EP however leans more to the folk side of things. ‘Dull Refined’ features some laid back harmonica that adds to the texture of the track, plus some nice vocal harmonies.

Alongside the opener, title track ‘Never Ending Loop’ is another strong song on the EP. It kicks up a notch compared to the rest of the tracks, with reverb laden electric guitar soloing behind Marsden’s vocals before the song rises in intensity. Sadly it feels the song was asking for more intensity and power than it’s been given here. Marsden’s vocals become more urgent and the lyrics do add to it, “this never ending loop, this never ending pain”, but whether it’s the vocals or the clean production, it’s too restrained.

The record’s production was handled by Mojo Fury’s Michael Mormecha and is solid and clean, which comes out well on ‘Go & Make’ or final track ‘Forever’s Not That Long’. The mix of instrumentation and pretty melodies gives ‘Forever’s Not That Long’ the feel of a little ditty or even a lullaby, though the lyrics run deeper than that suggests. It’s a nice way to finish off the EP.