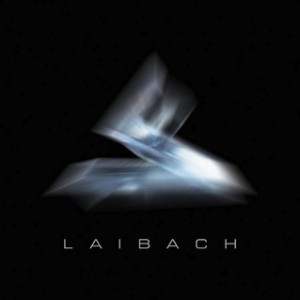 Uncertain times call for a soundtrack from the Slovenian marital industrial machine. Formed in 1980, Laibach intended their music to be a reflection of their environment (harsh industrial sounds) and, combined with their use of Gesamtkunstwerk aesthetics (often defined as art that makes use of many other art forms), this made them a target for the Slovenian authorities (they were banned from playing live after contrasting an image of a cock with the then recently deceased Yugoslavian president Josip Broz Tito).

As well as this, they were often accused of being Nazis due to their imagery and their name (Laibach is how Slovenian capital Ljubljana was called during Nazi occupation). In truth, these are actions of satirical art terrorists/musicians. Their art wing, the NSK (Neue Slowenische Kunst) is a big clue. And when you consider that the NSK have been claiming themselves to be an independent state since the collapse of the Soviet Union, the joke becomes clearer.

On the music front, it could have been argued up until the release of this album that Laibach had become a sterile joke. They hadn’t recorded an album of new material since 2003, and their ‘Volk’ album (a collection of national anthem covers) was flat and boring. They needed a kick up the arse. With the 2008 financial crisis, the European austerity crisis and the reemergence of Russia as a provocative state, Laibach are back on form. Opener ‘The Whistleblowers’ is a mixture of chest beating military music and Swiss electro pop weirdoes Yello. It’s not as grandiose an opener as ‘Opus Dei’, but as a new national anthem for the state of NSK, it’s patriotic without being jingoistic.

Dubstep rears it’s much vilified head for ‘No History’, and while Mina Spiler ‘s vocals are reminiscent of the warblings of a wronged South London gangsta diva, the actual music is dark and the squealing synths mirror the chaos of the lyrics and the end line that there is “no god/No rules to scare you all” is a source of light among the chaos. ‘Eat Liver’ is very much rooted in Prodigy territory. It’s the most throwaway number on here, although the trumpet samples hint at grandiose drama yet to come. The song is also another indication that Laibach moved away from their early industrial roots a long time ago. Sometimes, their adoption of current popular electro/dance trends works but you still long for a noisy, pounding rhythm to get you going.

‘Americana’ brings the quality back up by using the infamous Laibach choir to give the song a pomposity needed to counteract the minimal electro backing. ‘Resistance Is Futile’ is the sound of the band marching forward into Europe to overtake the corrupt government, all to the backdrop to a Front Line Assembly inspired tune. It’s not an album where you can pick stand out tracks, as they don’t really jump out at the listener the way they should. But, taken as an album, it’s an exciting and dark electro/industrial piece that urges us to take up arms and join the state of NSK.

As the civilised world disintegrates, Laibach give us the soundtrack for a way forward.