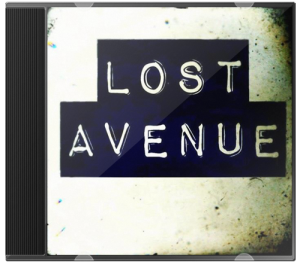 My first thoughts upon listening to Lost Avenue‘s self-titled debut release, is that it appears to be a rushed effort. Furthermore, In terms of production, this EP loses points for being unfocused. For such young bunch of upstarts, I think a well-seasoned producer is vital to help them find their feet. They sorely require a producer who will be constructive in their critiques and not settle for a mediocre performance when tracking instruments. This release appears to be nothing more than a very rough garage demo – but perhaps that was their intention?

In this age of ‘everybody runs a home recording studio’, it surely is tempting to plug in a mic and wind up with an ‘EP’ by the end of the evening – but more often than not, this proves detrimental to the growth of a band. The release does have potential, but a mixture of strained vocals and dull, predictable chord structures stops this EP from quite making the grade.

Lyrically, Dylan Bradley is quite clever and if more emphasis was put into creating hooks for the songs, I would be a lot more interested. It’s easy to hear a lot of the band’s primary influence, Blink 182, in this effort; as it’s quite similar to the likes of the ‘Flyswatter’ EP. However, a regional accent is quite prominent across the release and at times this does appear to be a little forced.

I have to emphasise how much promise this (very) young band have, and that I do respect them for their work to date. The future only looks bright for Lost Avenue, as they’ve been going from strength to strength, slowly but surely. Who knows which road they will follow next; but it’s one that I’ll certainly be keeping a close eye on over the coming months.