by Michelle Harris
in Music Reviews 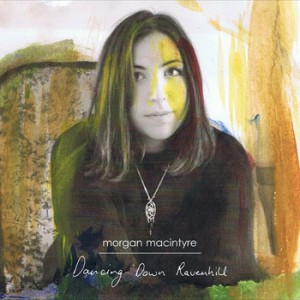 ‘Dancing Down Ravenhill’ is the debut EP from Belfast born but Dublin based singer-songwriter Morgan MacIntyre who at the age of 21 has already had an impressive musical career and has even been hailed as “extrordinary” by Snow Patrol’s Gary Lightbody. She has supported Joan Armatrading in Belfast’s Grand Opera House, The Vaccines at the Trinity Ball and has played Electric Picnic.

Having released music in 2012, she is still fairly new to the music scene in Ireland. However, ‘Dancing Down Ravenhill’ is one of a few perfect examples of our hidden treasure of music waiting to be unlocked. The EP is a mixture of folk, pop and a faint hint of blues and demonstrates a natural flow between tracks. Morgan’s warm vocals fuse together with heart and determination making her easy and a pleasure to listen to.

The title track ‘Dancing Down Ravenhill’ immediately creates enigma for the listener with slow, high piano eventually being joined by her band causing intensity. The song has elements of country thanks to the strings in the background. Lyrics such as “I’ve been running for far too long. Would you mind if I sat down and closed my eyes” connotes a story of love and heartbreak suggesting this might be a recurring theme throughout the EP.

‘Butcher’ is a track that stands out for me. Her vocals exude force and verve which ushers the music along. The tempo slows for the chorus making room for the pivotal line “I wish I was able to speak my mind”. In an interview with her university’s (Trinity College, Dublin) student paper, Morgan states the song is about when your love for someone turns into hate so the chorus reflects this.

The penultimate track, ‘The Thing Is’ gives off a gentle innocence with lyrics such as “I never thought I might feel this way about a boy I knew when I was a kid” which perhaps some of us can relate to despite not admitting it. The child like sounds of the guitar softens the flow of the EP adding a certain charm to the song.  Finally, ‘How About Mexico’ wraps up ‘Dancing Down Ravenhill’ nicely providing an upbeat end again with the thoughtful lyrics we’ve grown accustomed to throughout the EP. On the surface, it sounds more positive than the rest of the EP.

Overall, ‘Dancing Down Ravenhill’ is a delight to listen to and leaves you in anticipation for her next release. It’s a refreshing addition to the music scene and while at times the chord progressions sound familiar, it’s a strong start for Morgan MacIntyre. Perhaps we will see a lot more of her in the future.