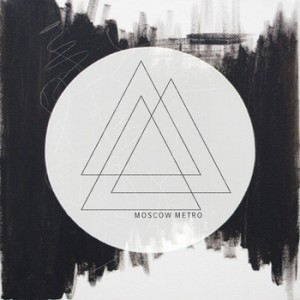 Limerick four-piece, Moscow Metro, are creating waves in the underground following the digital release of their debut tracks, “Spirit of the City” and “Cosmos” in the lead up to the release of their debut album. Co-produced by the band themselves, and the brilliant Rob Kirk (U2, Glasvegas, Depeche Mode), the tracks harbour an energy that is reminiscent of early shoegaze, but with the moody depths that later became associated with grunge and punk.

“Spirit Of The City” opens on a somewhat foreboding note. The brooding bass soon gives way to a crescendo of bright guitar, which ties in closely with the haunting synth sounds, all of which serve as the perfect backdrop for the gloomy yet melodic vocals that follow. Darkly dramatic, whilst somehow assuming the modesty that is generally found in new wave releases, this guitar driven track is full of murky musical juxtapositions that are difficult to articulate, but I’ll try my best in saying, “Go and listen to it, you need to hear this RIGHT NOW!”

“Cosmos” is delivered in a similar vein, but brimming with hooks that you could probably dance (read: sway) to- this in itself is certainly no minor feat, as the lyrics apparently focus on a theme not usually favoured, for some unknown and most likely bizarre reason, in the majority of popular music; the renowned astronomer, Carl Sagan’s, alleged deathbed conversion to Christianity. However, Moscow Metro manage to carry it off effortlessly, all the while creating a beautifully crafted and morosely contemplative, but quietly aggressive piece of new generation alternative.

Both tracks manage to be absolutely stunning whilst tackling grimier issues, such as finding and losing your fundamental sense of self, as is particularly evident in “Cosmos”. This is unsurprising really; especially if you take into account the fact that the group are named after the series of attacks that took place in the Moscow Underground a few years ago, which is a transport system renowned for its efficiency and splendour.

A magnificent pair of tracks from a band that have already managed to set themselves apart, Moscow Metro will surely only turn more heads with the release of their debut album, and will continue to do so with their wonderfully diverse blend of charismatic post-rock and understated synth-driven indie rock. ❞