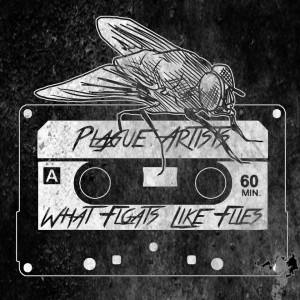 The debut EP release from Belfast based “post grunge” band Plague Artists, and the “post” bit of that description could be dropped as it throws up images of Creed. This act have a lot more in common with the so called g word movement than many that followed a few years later.

The band describe their sound as “finely crafted”, and it certainly is, with a slight nod to post hardcore. It’s also unashamedly refreshing in its almost authentic Seattle sound, which is present throughout with tinges of country in the Everclear like ‘That’s how It Goes’. With some extremely well written songs, a vocalist sounding like about 6 others but still having his own sound, this is a very mature and assured release from a relatively new band.

‘Off Beat’ is the strongest offering here, finishing the ep with a humongous riff and vocals that sound like just for a few minutes that it’s 1993 all over again. One can but dream…

Ryan McMullan – ‘Holding Me Down’