Pleasure Beach – Dreamer To The Dawn 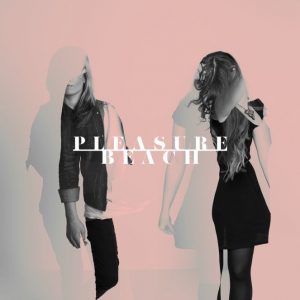 From their first low-key gigs at The Menagerie and Bar Sub to an upcoming live performance at Longitude Festival, a look back at Pleasure Beach’s debut EP underscores the impressive musical competence that has launched the young band to critical acclaim.

The debut ‘Dreamer To The Dawn’ EP from Belfast quintet Pleasure Beach presents a fresh angle on indie electro-pop with a sense of stadium grandeur. Joining up in a Belfast café just last year the band were quick to establish themselves as competent live performers, with a strong set at Hard Working Class Heroes and a supporting performance for The Vaccines at the Olympia. Gaining almost immediate airplay back in late 2015, their debut single ‘Go’ has been received well with tips for Ones To Watch 2016 and a nomination for the Choice Music Prize’s ‘Song of The Year’.

Released through respected Irish label Faction Records, the Dreamer To The Dawn EP is a sonic cocktail of rock, pop and new wave. Electronic textures are blended together seamlessly to create a highly enjoyable listening experience.

In the title track ‘Dreamer To The Dawn’ new wave sensibilities come to the forefront, the forward thrust of Haslam’s ascending guitar and vocal line is propped up against an overhanging synth drone whilst remainng anchored in the steady rhythms of Mageean’s percussion and Richard Crawford’s bassline. Shimmering, deeply romantic vocal harmonies that recall Fleetwood Mac in their softer moments and build into the band’s own distinct brand of power pop.

‘Hayley’ sees the band the percussion is stripped back to subtle beats and distant tom rolls, and the song’s stop-start structure balances well while lending the track an emotional depth. Lyrical colour shines through with glittering harmonies textured over Haslam’s restrained delivery: “a tongue in my mouth to stop the words from falling out”, and the song strikes with honest, endearing lines “we take your car around the Silent Valley reservoir”. Building into a beautifully filtered guitar line backed up strongly by seamless harmonies that channel Blush-era Wolf Alice, the track provides an ending that fades out like the falling tide.

The debut release from Pleasure Beach showcases strong musicianship and creative talent. With a firm foothold already established on stage at home and abroad in the short year they’ve been active we should undoubtedly be expecting exciting things to come.