by James Brinsford
in Music Reviews 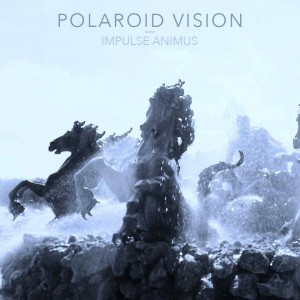 What immediately becomes apparent as Polaroid Vision‘s latest EP floats from your speakers is that laid-back is the currency that we are dealing with here. Songs that have a long fade in have illustrious company with the likes of Portishead’s ‘Glory Box’ and Stone Roses’ ‘I Wanna be Adored’ topping the pile, so Polaroid Vision have set themselves a high bar to match with their opener ‘Jargonelle Pear Drops’.

As it floats in to view, Glenn Maclennan, Jack Noah Rees and Jonny Earle are clearly inhabiting a dreamy soundscape where pulses have not been set to ‘racing’. A low slung, grooving baseline takes over from the synths to give the vocals a place to relax. Whilst the sugared confection that is ‘Jargonelle Pear Drops’ contains enough ‘E’ numbers to keep the most comatose individuals among us wide eyed and hyperactive, this tune brings a juxtaposition to its title as it only breaks from its feeling of constantly fading in to bring a brief popcorn keyboard interlude before turning it’s attentions to a long fade out. It may not get you up and dancing but it will provide a great soundtrack to bathing in the hue of incense sticks and herbal essence.

Next up is a more straightforward tune with ‘Olympia’ having a Snow Patrol feel about it as pearly guitars lead us towards a Crowded House styled dual-vocal chorus that brings some joy to the melancholic guitar backing. With the track approaching six minutes long, there is a feeling it should’ve faded away earlier before outstaying its welcome. ‘Providence’ sees Polaroid Vision become a little more introspective as the vocals drift over a guitar hook that is a close relative to the one used in Olympia. It then rises from the ashes a couple of minutes in to become almost anthemic in feel as they break out of the moribund feeling that had enveloped them.

It comes to an end with ‘A Nation Divided’ and despite this being sparser than what preceded, it feels like the highlight of the EP. Piano and a hint of cello join the acoustic guitar as the vocals take on the guise of tortured soul which evokes memories of Yeah Yeah Yeahs stripped down offering ‘Little Shadow’ from ‘It’s Blitz’ and is a track that makes you take notice after the previous ones washed over as if they were a single continuation of a theme.

INAUGURAL ‘BASH AT THE BRIDGE’ ROCK AND BLUES FESTIVAL TO HIT CO. FERMANAGH IN JULY