Remains Of Youth – There Is Hope Without Progress 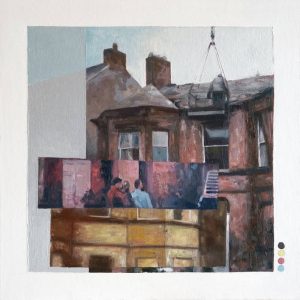 The band left us in 2007. Now, almost a decade later, Remains of Youth have made their return with ‘There Is Hope Without Progress’, a release clearly grounded in experience, development and creative passion. The band’s return to the arena of live performance came only just in October. Engineered at Start Together and teased out to eager ears through Across The Line, this is an EP that captures a mixture of instrumental beauty and, at times, an artful dissonance than channels the likes of A Lot Like Birds and Dance Gavin Dance.

The EP opens with the titular ‘There Is Hope Without Progress’. An appreciation for danceable riffs is hardwired into the band, a sensibility that has contributed to their cult status in the city. The band freewheel us through a reverb saturated landscape, guitar tones echo back and vocals are delivered with an endearing rawness that doesn’t disappoint. This is a strong return for the four-piece.

We then follow into ‘One Part Familiar’, the first of the release to receive radio-play on Across The Line. At just under two minutes long, rhythms are fevered, and the track runs at breakneck speed. Still, the band shows off a confident musicianship in the track’s composition, with the well-recieved inclusion of saxophone from Tom Tabori.

‘Start to Feel’ sits at the post-hardcore centre of the release. With a similar fiery energy to At The Drive In, the track captures an anxiety that keeps the listener hooked from start to finish. Delicate chord voicings are delivered with palpable frustration alongside the raw vocal line. A track that clearly shows off the band’s veteran experience as composers and a strong centre to the release.

‘Persuasions of a Kind’ comes as the longest track on the EP at over four minutes long. The track is driven by its choppy, relentless rhythms and searing guitar line. Again the track is well-rounded, showcasing the talented musicianship of the four-piece band as it is grounded in the graceful voices of the rhythm guitar and vocals. This skillful delivery lets the song carry an emotional weight alongside its instrumental intensity.

The release ends uniquely with ‘Distraction, Silence, Acceptance’. The song’s simple clarity is in its poetry over an acoustic instrumental. Lyrically, pitting urban resignation against hope in creativity. The sound is perhaps the band’s mantra, an exploration of how their creative identity has developed over almost a decade of experience, but one that is mature, that isn’t so short-sighted to misunderstand that the journey isn’t over yet: “One day we might even know ourselves. For now; we create, to create.”

An ending that is as lucid as it is spectral. A haunting and inspiring release from a band that we haven’t heard the last of yet.

Watch: Runabay – You I Know