by April Murray
in Music Reviews 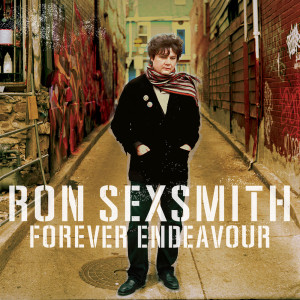 At 49 years old Canadian singer-songwriter Ron Sexsmith is still going strong and although he is not the most well-known and his albums are not getting even half of the recognition that they deserve, he soldiers on with doing what he loves despite this lack of appreciation. With roughly 13 other albums under his belt it is admirable to see the dedication that Sexsmith has to his music, a dedication which hasn’t let up since he first emerged in 1995.

Sexsmith’s new album ‘Forever Endeavour’ sticks with his unique style, a blend of folk and melancholy pop with a discrete country twang which can also be heard now and then. The whole album seems to ooze exceptional vocals, wonderful songwriting expertise and damn near perfect arrangements.

The album starts out with beautifully written ‘Nowhere To Go’, with an orchestrated melody and a vague guitar strumming mixed with Ron’s smooth, soothing vocals the lyrics are what really sticks out here; “trying to walk on a cloud/when there’s nowhere to go but down” if you’re a sucker for a well written song then this one will really get you.

Ending with ‘The Morning Light’, the album has taken a turn and ends on a positive message. There’s only so much can be said about Sexsmith’s vocals, they just seem to calm the soul and make everything just right. Especially in this track, with a very folk sound to it, this is a feel good track; “until we rise and shine/in the morning light” how about a universal “Aww”.

For all those tracks in between you’ll have to hear it for yourself, for some there and just no words to explain the genius lyrics, the loving melodies and of course, those signature vocals.

◀ STANDOUT ⁞ Me, Myself and Wine ▶
◀ SOUNDS LIKE ⁞ Villagers ▶