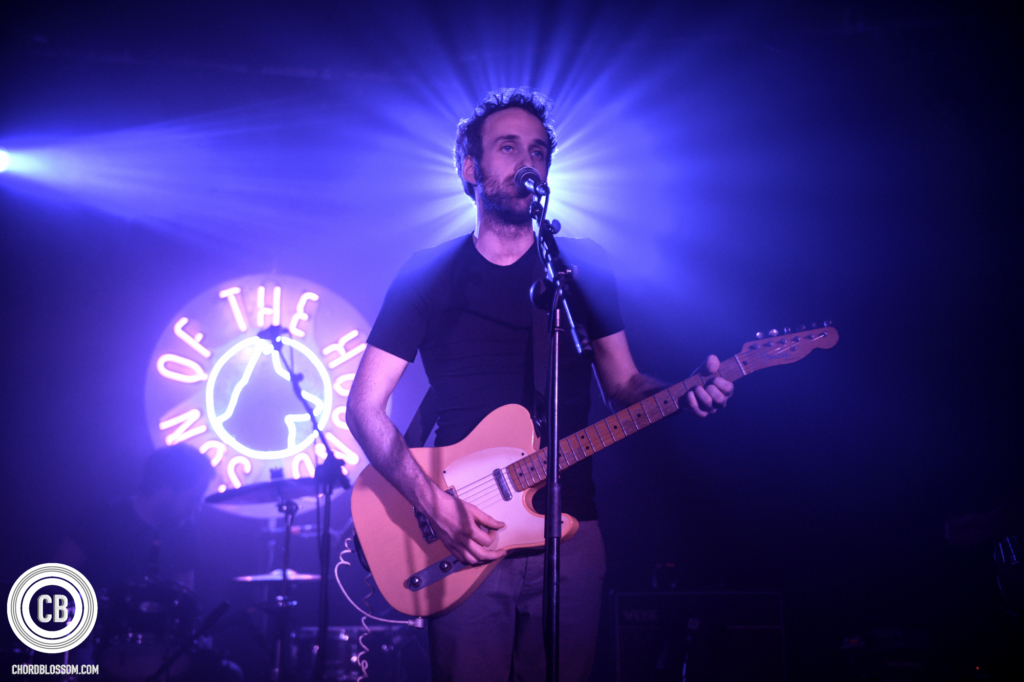 ‘Start a band, when everyone’s starting a family’

This is perhaps the most important lyric across ‘Cheers, Sound, Good Luck’s ten tales of hope, self-belief and honesty. It comes from a songwriter who even if he hasn’t quite seen it all yet, has seen enough to know there’s a dream worth fighting for.

This has been a long journey for Omagh native Michael McCullagh, first finding success as co-frontman of the much loved and hotly tipped Colenso Parade, (who’s single ‘The Truth That Ran Us Down’ still gets a spin in Katy’s Bar on a Friday night), before starting again under the name ‘Meb Jon Sol’, acoustic in hand. From there, different projects came and went, before last year’s beautifully conceived ‘Mad Notions’ podcast (with the equally hilarious Nathan O’Regan) collided with the tremendous ‘The Also Rans’, a web-based sit-com written, starring and co-directed by McCullagh himself and Colm Laverty. In bringing the characters of his songs alive in a way only previously explored (albeit in a different way) by Damon Albarn’s Gorillaz, he tapped into the cultural zeitgeist of the moment. The worries, fears and dreams of a 20/30 something creative, living in a world not really designed for people like him.

Despite positivity surrounding Son of the Hound this year, the album focuses on people pushed to breaking points. ‘The boys of Summer, now men with lives and sadness’ in opener ‘Tonight, Tomorrow’, the nostalgic camping trip of ‘Stones Across the Lake’. There is an acknowledgement of a time gone, all set to a Phil Spector wall of sound and some vintage beats provided by former A Plastic Rose drummer David Reid.

‘You Are Alive’ pulses with instant classic melody, building to a singalong reminder that despite the hard times, ‘It’s alright, it’s okay, this too shall pass’. You believe him too. Producer Ryan McGroarty deserves praise for his delicate textured approach, with deft delay merging seamlessly with warm coloured synthesisers in just the right places. McCullagh revealed on Twitter that lead single ‘Pride (I Wanna Live)’ was in part inspired by Springsteen and General Fiasco, and you can hear echoes of the Boss across it’s slow building verse and pre chorus. When the chorus hits, it hits. Though even in a song as triumphant as ‘Pride..’, there’s an acknowledgement of the hard times which preceded it.“Wrote a sad song about when we were kids and I pushed my fingers into my eyelids”.

Then there’s ‘The Also Rans’. Set closing, lung busting, stadium sounding ode to a couple of fish trying to swim upstream. It’s more than just a song now, it’s a Belfast anthem. A nod to every musician, promoter, writer, photographer and creative putting two fingers up to convention and drinking a warm Barp (watch the show) with the lads in a grungy music venue instead. It made for the perfect theme song to the sit-com and an even better live tune, as testament to a packed out Limelight singing it back at the album launch show. It’s rare to find a pop song both as catchy and equally visceral. (Yes, it sounds a bit like Sweet Caroline, but only when the audience join in with their ‘Away! Away! Away!’ bit and to be fair, Mick didn’t write that part).  (Editor’s note: it’s an absolutely glorious accident)

‘Where Did Your Love Go?’ has the youthful bounce of Circa Waves, at once drawing you in and keeping you at arm’s length, as McCullagh laments, “Angie, why are there tears in your eyes?’ before a Ronnettes inspired chorus makes it worth the wait. There’s still a little bit of Colenso in there somewhere…

Grand finale ‘All but the Road’ gifts a moment of quiet reflection, a tender ode to his girlfriend, his family and Omagh, where much of this journey takes place. It builds and sways like The Waterboys, but cascades like The 1975. It wouldn’t sound out of place on their second record ‘I Love It When You Sleep..’, sounding more like the soundtrack to a film about finding yourself than something from a singer-songwriters debut record.

Ultimately ‘Cheers, Sound, Goodluck’ let’s you into the world ‘The Also Rans’ first gave us a glimpse to. It does so while holding a mirror up to those who believe in it. We’re all Also Rans. We all wanna live. Son of the Hound could go anywhere from here and provided you’re up for it, they’ll take you with them.