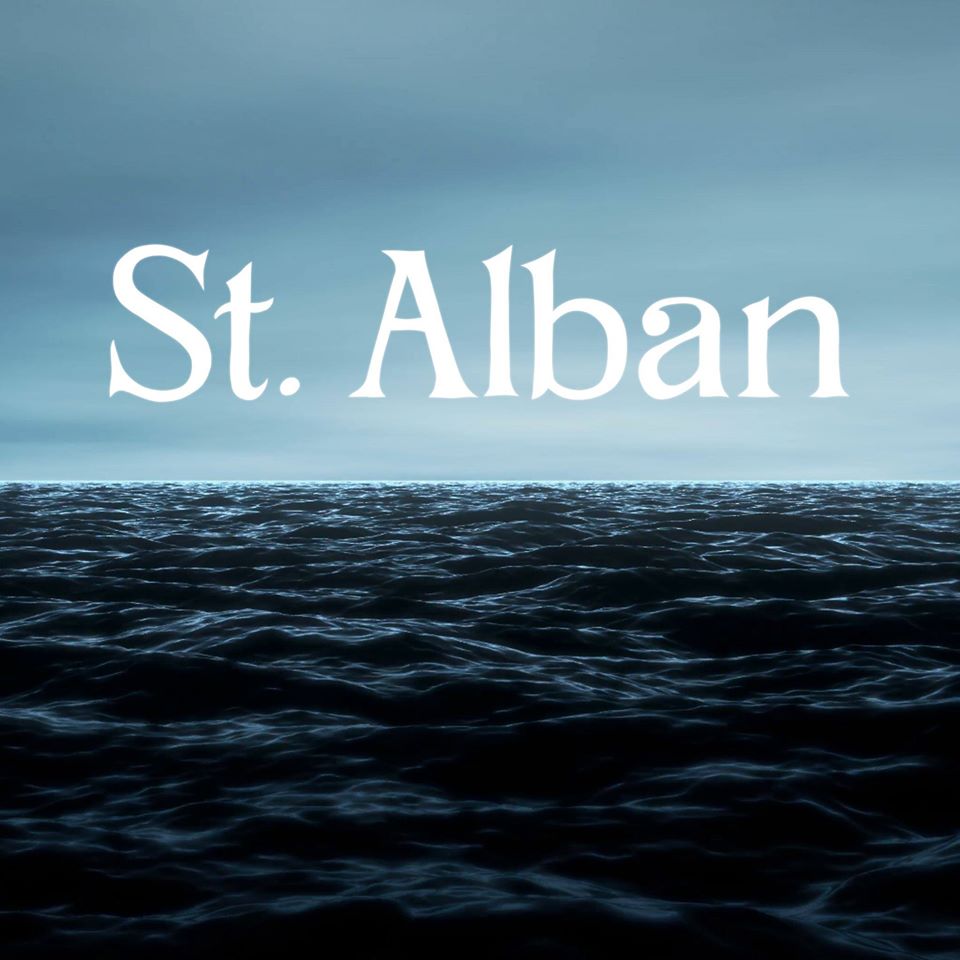 Folk music is, and has always been, about collaboration. Whether it’s one artist building off the artists who have made an impression before them, or the unique shared stages at folk festivals around the world. That’s probably why St. Alban’s story and concept is so welcoming and warm, especially now when it feels like the world around is changing too quickly.

St. Alban is composed of Belfast native Peter McVeigh, Travis guitarist and Glaswegian Andy Dunlop, and American Grammy Award winning composer Mark Evitts. It’s an unlikely trio until you learn that the idea came from a run in at a local Belfast pub, the setting it seems for most ideas that come out of the city.

Their debut self titled album is simple honest folk storytelling from three men who bonded over their fascination of the sea. The Anchor is not just the first track, it sets the scene for the story the trio want to tell. The strings heavy track introduces the listener to our aloof, soon to be lost at sea, protagonist. It introduces a universal feeling of wanting to explore beyond our homes. The track is colder than traditional folk songs but succeeds in evoking strong emotion. This emotional heaviness carries through the album like a string, but there are definite standout tracks which lighten the mood and pull from other influences.

One of the more traditional songs, Boy, layers warm harmonies on top of one another. In contrast, New York seems to pull influence from Evitts’ Tennessee background. Despite the lyrics being set in Time Square, the country influence feels like the song was written in the heart of Nashville. Meanwhile The Sea is (literally) a Travis B-side track reinvented for this album, but still holds strong on the indie rock vibe. The songs are a welcome addition that bring a layer of lightness to balance the darker tracks, despite having lyrics like: I’ve been sinking slowly//And It feels so lonely//Since you’ve not been around// Had to leave my homeland// To save my soul and// To stop it dragging me down.

This album is simple and doesn’t try to be something more than an honest story, which makes for the purest folk music. It’s an all too familiar story for anyone who felt the need to leave home, who learns that despite coming from different sides of an ocean there’s more in common than imagined, and the eventual longing to go home. St. Alban isn’t a revolution, but it’s authentic. Nothing exemplifies this better than the second last track, All Night, which is a commentary on every night out at a pub in Belfast. We could all use a bit of that feeling right now, right?