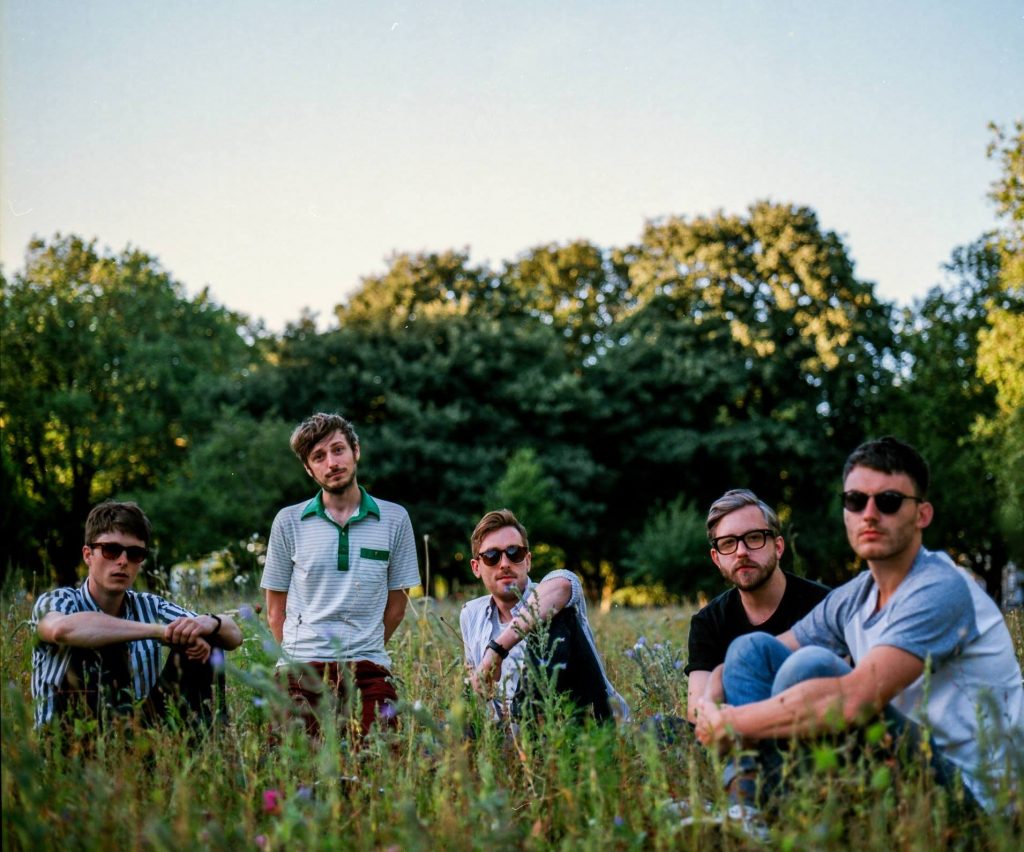 Swimming Tapes debut album, ‘Morningside’, opens with the dreamy ‘Passing Ships’. The track envelopes the spirit of lazy summer love, filled with warm tones and a solid beat that allows room to catch the drift of the poetic lyrics. Catchy in an enjoyably mellow way, it sets the tone for the rest of the album.

Moving through the mellow ‘It Gets Old’, ‘See It Out’ highlights the clear and soft vocal abilities of Robbie Reid, who explores the nuances of his voice throughout the album. Reminiscent of that of Elliot Smith, its wistful quality flows through the tracks that, at times, bleed together.

Sunshine-pop ‘Out Of Line’ creates a bold halfway mark in ‘Morningside’. Opening with a poppy and defiant beat, the track is indie feel-good from the outset. The dual vocals on this track add originality and depth, allowing the album to be more diverse than purely shoegaze indie.

“See you again, only if you meant it
It’s our love, running out of time
You see me around but I won’t forget it
It’s alright, always out of time” – ‘Out Of Line’ lyrics

The instrumental ‘10:05:17’ creates a lo-fi bridge between the more upbeat ‘Out of Line’ and the following number, ‘Silhouette’. ‘Silhouette’ is a wistful lullaby. From its melodic bass lines that set you into a lull to the nostalgia-inducing lyrics, the track is hypnotic.

Swimming Tapes undeniably soothing sound gives a nod to the dream pop icons that are The Beach Boys. You can catch elements of this influence on tracks like ‘Pyrenees’, that echo their romantic vibe. The indie quartet add twenty-first century edge through the vocals that are tinged with moodiness.

‘In The New Year’ is a pleasing, acoustic end to the album. The reoccurring question, “Will we see you in the new year?” throughout is gentle yet pleading, and an overall dreamy finale to ‘Morningside’.

With enough reverb guitar to make you dizzy, the sleek guitar lines that bleed into certain tracks create a peaceful balance. The sunshine-pop quartet call to mind an interesting mixture of sounds – from retro echoes of ‘Pet Sounds’, the angelic reminiscence of Elliot Smith’s voice to indie-rockers Turnover. Through ‘Morningside’, Swimming Tapes invite you to daydream, cloud watch and get so lost in your thoughts that you miss your train.