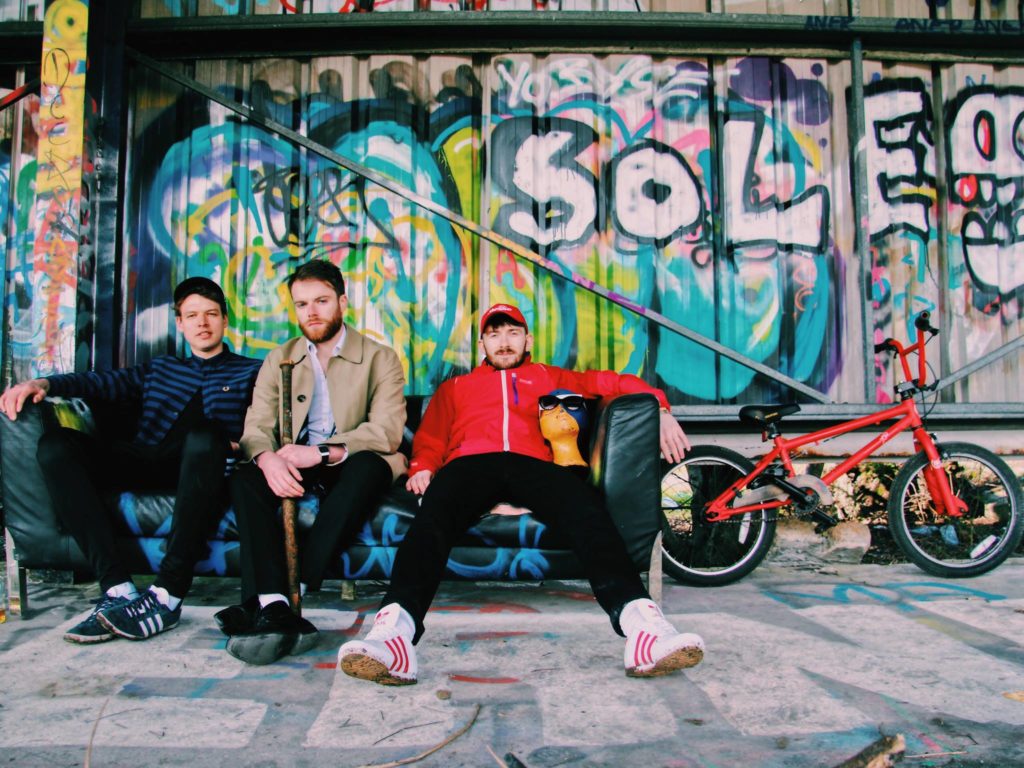 Just as they were nearing the end of a hugely successful year of gigs, The Mannerly Hoods have released their long awaited debut EP ‘Ear Gear’. Beginning the EP with the track ‘Fear the Reader (Suzy’s Shackle)’ was a great choice. Starting off with an ominous single note paired with a shout and a cackle, you are immediately drawn into the craziness.

Recorded in the upstairs of their local boozer; the Longfellow bar, the EP carries both a grittiness and an unplaceable charm of a personal home-brewed collection of songs. The subtle themes of love, along with an EP-wide cohesively consistent addictive and anthemic rhythm, give the EP an undeniable pop-punk vibe. These qualities tick the many boxes that demand audience participation, meaning that their live shows are sure to be an infectious singalong.

As for the tracks themselves, the duo have made sure that they are quintessentially Northern Irish. Throughout the EP, the boys make sure to encourage their accent to bleed through the cracks in every possible way, even going as far to include some sampling of Northern Irish speeches in two of the songs; ‘I’ll Eat My Soul’ and ‘Is It True?’. Many of the tracks, including their older work, offer sprinkles of outtakes from the studio, meaning we get to hear the fun mid-recording banter between the pair. Some may argue that they use this feature on too many of their tracks to remain a novelty, but on the other hand you could argue that it strengthens the relationship with the fans as it adds that level of familiarity.

One of the tracks, ‘Chaple’ has gained notoriety from many Indie review sites and playlists for its parody like rendering of ‘Going to the Chapel’ by the classic group, The Dixie Cups. This fun parodic yet original track instantly feels familiar because of the similarities between the track and its well known influence.

One question to ask though, is why is this track spelt so when the correct way would be ‘Chapel’? Who knows.