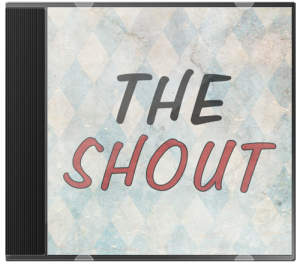 The Shout is the alias of Colm Cunningham. I previously encountered the band via their video for ‘Everybody get up’ – which I have to admit, didn’t get me on the first listen, but did rent a room in the melody department of my head for several days. So I was very keen to sit down and listen to this self-titled mini-album and see how the other songs faired in comparison. Here I go;

Whilst there is some merit with the 43 second opener ‘Letting Go’ – I don’t think it should have been included in this release. Especially as second track ‘Our Final Chapter’ has such an energetic opening. So it’s somewhat of a false-start, but that’s okay, let’s just pretend that the EP starts with the aforementioned second track.

‘Our Final Chapter’ is an energetic pop-punk anthem. It weaves in influences like Fall out Boy, Sum 41 and Sugarcult. It’s upbeat and flows quite well. The Production is slick. I can’t help waiting for something ‘bigger’ as it reaches the choruses though; although as the guitar never lets up from the get-go, it would have been difficult to ‘go bigger’. There is some gang-vocals toward the end, but the melody never soars higher for the finale, and that’s what I think could have lifted the song and made a very bold closing statement.

‘Moving on (he said that she said’ is up next. It doesn’t stray too far from the blueprint laid out by the (newly adopted) ‘opening’ track. It meanders from start to finish positively enough, but nothing really jumps out and grabs me from this track. Again, although I do find the vocal melodies quite nice; they’re just not pushed enough (and at times, quite low in the mix). The highlight of the entire song is the guitar solo around 2.25 – it really brightens up proceedings; I just wish there was more of it!

We now reach ‘It Doesn’t Matter’ – which instantly could be lifted straight from a Backstreet Boys record. However, the ballad-y aspect of this song is a welcome break from the last two songs of blisteringly loud rocking guitars. It’s also good to hear Colms voice have a chance to shine and be heard – there are some great falsetto moments here. The song itself is pretty nice and I found myself singing along by the second chorus, even if it’s only a repetition of the title. There’s another guitar solo here, and again it flows quite well. Again, something I think would have helped this song is lifting the final chorus ‘up’ or by differing it somehow, as all three tracks have had static choruses throughout.

Finally, we reach ‘Everybody get up’ – which is by far the catchiest song on offer here, but certainly not the best; and there is a difference. This song is instantly infectious like a bad nookie disease. I defy you to not tap your feet to this. I’m not quite sure how I feel about the over-autotuned vocals, but I figure they lend themselves to this particular song. Although this song does end the release in fine style, I think it would have worked much better as the first.

Overall; this was a pretty good release, with some great moments and some great production values. I would love to hear Colm push his vocals a bit more, rather than stay in and around the same vocal range, as this can get a little tiresome after a while. Other than that, we have the makings of a great artist here, and I’m looking forward to hearing more.