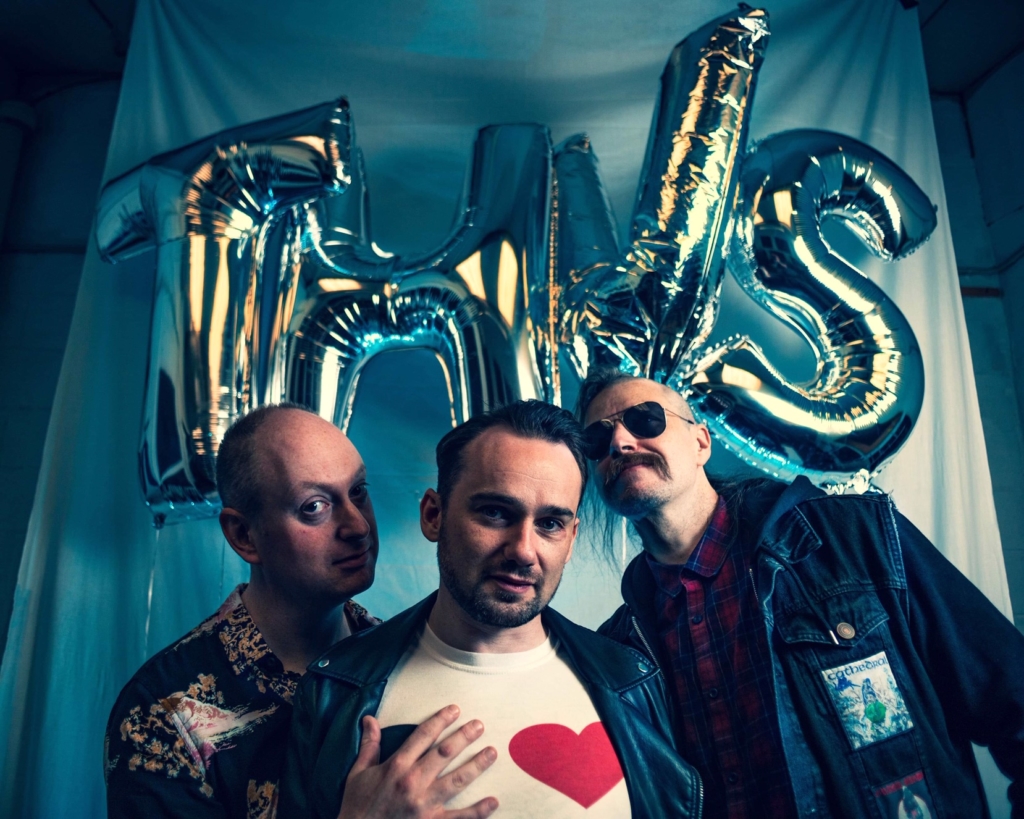 What THVS lack in vowels, they make up for with unbridled rage and sonic aggression. Fans of the growing hardcore scene in Northern Ireland need no introduction to the heavy pop three piece, who have been thrashing and screaming their way across stages since 2014, Now, five years on, the innocent sounding trio of Michael, Matt and Dave come out, guns blazing, for a 10-track trip through noisy post-hardcore and all-out fury on Fevers, the band’s first longform release.

Opening track ‘Rax’ spins phased-out feedback through your head with high-passed drums before opening up into a frenzy of snare rolls, low-slung bass rattle and pyretic vocals. Swirls of heavily modulated guitar peek through from clouds of tom fills, hurtling along at unstoppable speeds before borderline demonic shrieks of “goddamn / You’re the one that gave us away” end the song. With barely a second to breathe, the album’s second single ‘Rivals’ moves deftly through its radio format pop song run-time, delivering hooks and jabs left and right. A boxing themed music video shot with Bob Logan solidifies the narrative of fighting to keep your place.

Standout track ‘Palisades’ plays with the quiet to loud, or rather loud to louder dynamics of Seattle grunge, alternating between menacing palm muted staccato and the most addictive chorus riff you’re ever likely to hear on a hardcore album.

Closing out the first half of the album are ‘Brides’ with its desert rock scuzz and ‘Fvrs’, lulling you in with its hypnotic delay laden riff before unleashing a full on sonic assault.

The second half of ‘Fevers’ veers further into art-metal/post-hardcore territory – the menacing ‘Lux’ is full-on Sacramento, ‘Circles’ is the musical equivalent of blunt force trauma. The strongest tracks on the album are the final three, a triptych of different styles; the sasscore punchup of ‘Wounds’ contrasts with the meandering, brooding snap of ‘Distances’, full of fire, venom and echoes of classic-era Converge.

Eight minute closing track ‘Brando’ is an exercise in maximalism, yet never overstaying its welcome. Sludgy, dark and featuring a five minute instrumental outro full of tempo changes and raging feedback, ‘Fevers’ ends just as it began. Every shred of passion is not only felt but shared, lyrical sentiments ringing true long past the final shriek of abused strings and cracked cymbals.

Familiar but not repetitive, Fevers is the sound of a band comfortable in their own skin, who have carved for themselves a niche in the Northern Irish music scene, who are one of the best hardcore bands around right now.