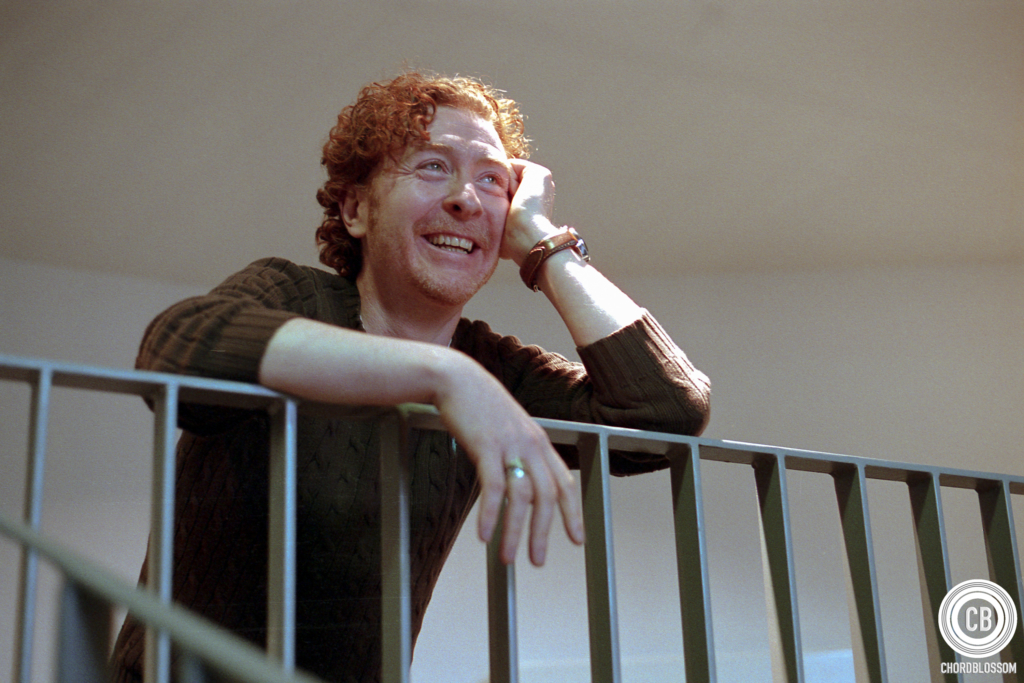 VerseChorusVerse (VCV), either the most basic wikihow recipe ever or the musical persona of one Tony Wright. A musician by trade and a veteran of the scene, having toured extensively when younger and being a founding member of collective And So I Watch You From Afar, Wright emerges from his year spent as the ‘Artist in residence’ for The Mac Belfast with his album/3D musical experience Outro. Steely in parts, haunting in others and intensely panoramic, Outro is every bit an opera as it is an LP. Wrights crooning vocals, carved with frankness and emotion, guide the listeners through an aural escapade, a journey through the mind of VerseChrouseVerse. This sounds understandably pretentious and art college-ey, but this couldn’t be further from the truth.

In his time as a solo artist, Wright has reimagined the music he wants to make for himself, as evidenced by the lexicon of styles present in Outro. Seemingly influenced by the alternative aesthetic Wright initially cut his teeth on, VCV has incorporated an element of theatrical performance into Outro despite the claustrophobia of recorded sound. More like an installation, Outro requires, and deserves, a careful thought process to unpack. Opener ‘Leave It Alone’, for example, occupies a no mans land between sonic experimentation and alt-rock. A curious opener, but not when taken in the context of the rest of Outro, where it sets the scene for something not quite ordinary. Witty interludes and lyricism prevent the album from taking itself too seriously, a dangerous and slippery slope given the scope of Wright’s plans.

Like a creeping behemoth, Outro is a hulking mass of unpredictable intentions. Juggling rockabilly hip swagger (‘Shakedown Sally’), indulgent martyrism (‘No One As Lonely’) and Radiohead-esque moments of “what instrument even is that”, Wright has crafted his masterpiece. Staggering in size and expectation, Outro is an omniscient presence in the local scene, containing laughter, melancholy and snarls of anger. Rare is it that the music in an album can become almost an afterthought but that is the case here, as Outro seems more reminiscent of a novel than anything else. Both erratic and deliberate, Outro left me with more questions than answers, and I am a happier man for it.