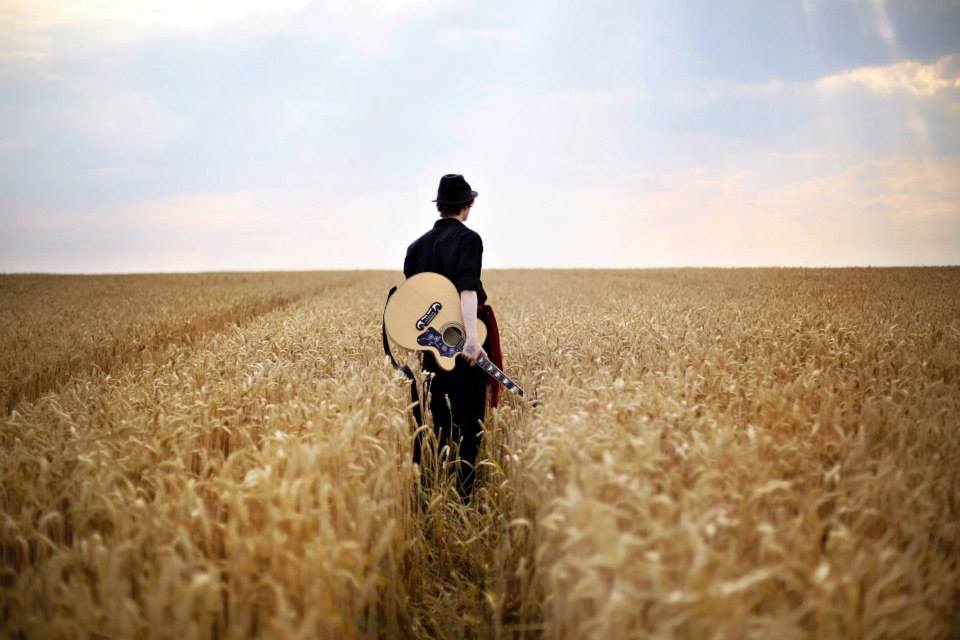 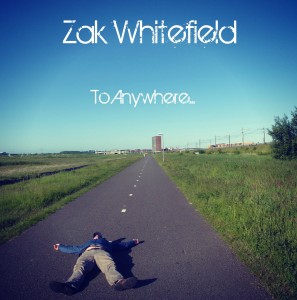 Belfast singer/song writer uses honey smooth vocals that soothe and shout simultaneously to create a “calm before the storm” ambience that woos lovers and listeners alike. Combined with ghostly lyrics and guitar proficiency, EP To Anywhere leave you a crying wreck, but in a good way.

Journeyman bard Zak Whitefield may be the best kept secret of the Belfast music scene, with several years of experience under his belt and a musical mind to match it. In a period of time where so many are content to take any short cut to recognition they can, EP ‘To Anywhere’ is a breath of fresh air especially in the ever growing acoustic singer-songwriter scene, wherein originality among artist is few and far between. Part of this stems from his regular jaunts to Europe, which has had noticeable influences on his craft, but also from growing up in Belfast (with notable landmarks of the city interwoven in the lyrics), a city which has affected all the artists to come out of it in a different way. Belfast has given Mr. Whitefield an open, rustic and honest voice that speaks to listeners on a personal level. Not bad for a guy who is “technically homeless”

“To Anywhere” open with song ‘Moments’ which sees Whitefield burst out with his best Ed Sheehan hum-along (only without the cringy lyrics), and a lively latin-infused riff that makes you tap your fingers. Most EP’s and albums are defined by their first impressions, which is a good sign for Whitefield as ‘Moments’ sets the scene for a powerful experience, as it is a song that breaches the barrier between songs you can listen to in bed and songs you can dance to in front of other humans. Inspired lyrics question the society that he has grown up in, wondering if the police exist “for safety, or control?” and expressing a desire to escape structured society that demands that we focus on the future and ignore the present. This sense of wanderlust forms a theme throughout the EP but it is most noticeable on the first track where Whitefield expresses a heart felt longing to ignore the ‘teachers’ and the ‘laws’, while pleading listeners to live in the moment once on a while. Deep stuff.

Next track “Companion” sees Whitefield bring out his inner Irish Folk hero, with the soft, layered vocals and calming guitar belying the darkness in the lyrics. Nostalgia is the underlying message of this tune, with several allusions to that feeling of loneliness that all teenagers fell at some point before crescendoing in the ‘still before the battle’ way that acoustic songs do so well. A three minute number that connects with adolescent listeners and tells them its okay to feel alone, there is little to complain about with this song.

‘Street Dreamers’ might sound like the title of the next Bruce Springsteen album but the song instead stand out as the high point on the EP, with Whitefield flexing his lyrical chops and tackling such issues as substance abuse, alcoholism and the confusion that is ‘growing up’. Using drugs to ‘battle demons’, long working hours for low pay and starting fights in ‘Lavery’s Bar’ (famous Belfast bar) along with the other situations described are all scenarios young adults are familiar with on the streets of Belfast, and they create an unconvincing argument for staying within the confines of a society that is uncaring towards the plights of dreamers. Quite unlike anythignrecorded insofar by Whitefield, the bard bares his soul for listeners, giving the impression that these are all positions he has been in and dealt with before crashing down on listeners with a deafeningly silent finality. The combinations of familiar landscapes, honest lyrics and vocals and the juxtaposition of the ironically up-tempo guitar backbone of this song leads to a sense of deep connection between  listeners and speaker which leaves you emotionally drained and musically hungry.

Going from strength to strength, fourth song ‘Lullaby’ sees a continuation of the theme of wayfaring seen in ‘Moments’. Latin influenced acoustics continue to prevail throughout the three minute ballad, which sounds sounds like an odd combination of Ed Sheeran’s ‘I see Fire’, the soundtrack to Bethesda’s ‘Skyrim’ and (oddly…) Kelly Clarkson’s “Breaking Free”. Whitefield again expresses a need for he and his significant other to escape this life thats “caught on CCTV”, while asserting that he will never allow the “rain” of fear and doubt of the future to put the “fire” of their life out. Powerful and rustic imagery abound (with the second and third lines of the song alluding to the rain of fear and doubt “falling hard on Belfast”), with harmonious guitar licks mingled with lyrics that comfort listeners and promise to never abandon them. Folk-influenced vocal melodies pair well with warm lyrics, which when combined with aforementioned Latin guitar tones create what is easily the most mature song on the EP.

Last song “Paradise” opens with an all too familiar sight, the house lights of your local bar going on, signifying that your night of drunken revelry has ended. Missed calls on your phone? Double check on realtability. The constant reliability of Whitefield to lyrically find and describe situations that a large majority of his listeners will have experienced is what makes his so relatable and easy to listen to, and this song is no different. Whitefield draws on both major themes of the EP (that of Wanderlust and Growing up) and combines them in this three minute aural exercise, wherein he describes a night in the life of his own journey, which includes not being paid by his boss and harassment by the local drunks, before vocally climaxing during each chorus with the promise of a ‘Paradise’ for all who would follow him, like a moody musical messiah. Exactly what this paradise entails is left to the imagination, but as the song draws to a close you are given the powerful inclination to strap on your boots, fill a rucksack with sandwiches and run into the big bad world to find out what it is Whitefield wants to show you. Exactly as planned.

The layered vocals and bucolic acoustics imply a careful cantor and fairness about Mr. Whitefield which greatly overshadows the slight feeling of acoustic repetition that all acoustic singer/songwriters struggle with to round off a mentally successful and physically gratifying EP that promises great things to come.