Not so long ago we brought you the first details of the line-up for Sunflowerfest 2014. Despite announcing a fair few acts they assured us that there was plenty more to come and this they have reneged on their promise.

They have confirmed another fifteen acts joining the bill including several local bands making tracks on the international scene in Screaming Eagles & Stormzone along side festival favourites Pocket Billiards and The Rupture Dogs. The other bands announced are The Bonnevilles, Nik Lowe, Tracy Bruen, Alison McGrath band, Nasa Assassin, The Defects, Concrete Circus, My Fellow Sponges, James Gillespie, The Twisted Sisters & The Sandrunners. 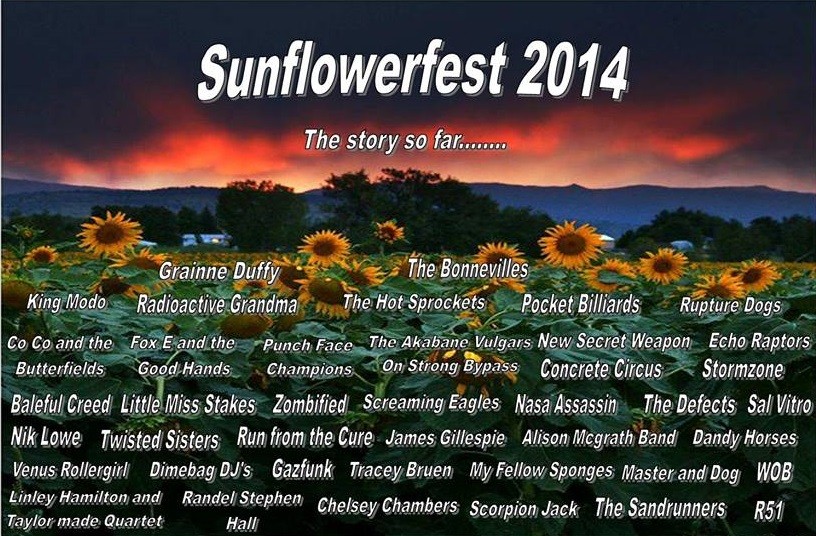 Fiona O’Kane – I Can’t Help Myself