by Conor Kerr
in News

The new look Belsonic has announced another big name for this summer’s festival with Arcade Fire set to play Belfast’s Ormeau Park on Thursday 13th June 2017. The show will be the Montreal group’s first ever show in Northern Ireland. The band will follow up the Belfast date with a show at Dublin’s Malahide Castle on Friday 14th June.

Arcade Fire are just the latest in big announcements for the festival, taking place in Ormeau Park this year. The other acts include big names such as The 1975 and Green Day, who certainly generated a lot of excitement.

Tickets go onsale this Friday at 9am priced £45 plus booking fee.

The announcement adds Arcade Fire to an impressive Belsonic festival lineup this year which so far includes: 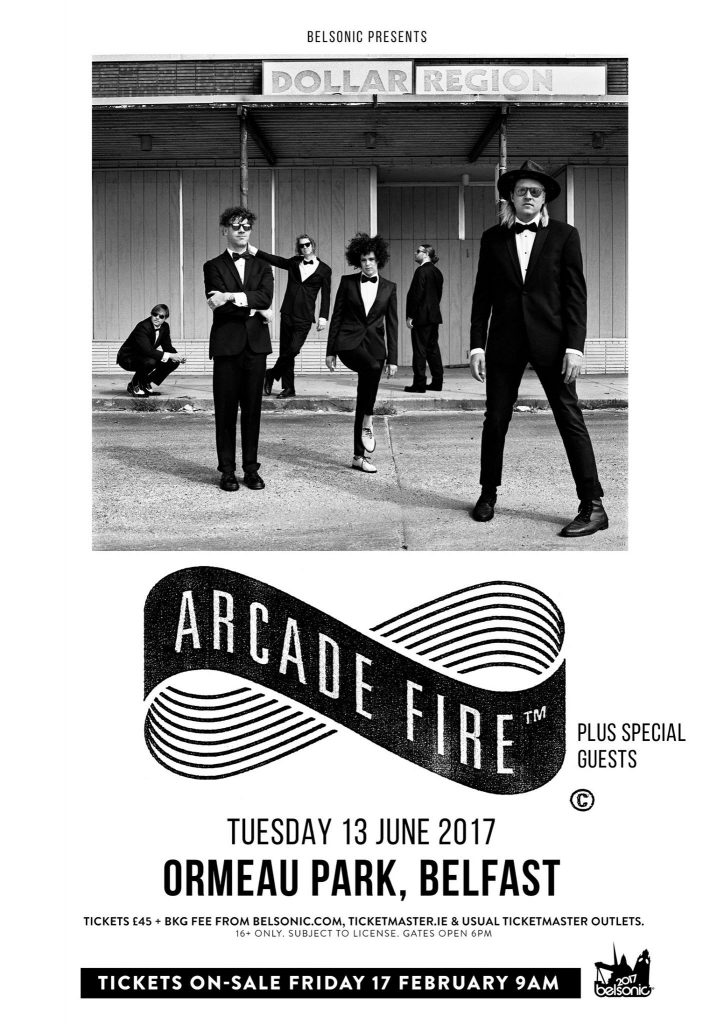