For a small country we punch well above our weight whenever it comes to metal bands and their success further afield (see Gama Bomb, Stormzone etc). Local metal shows are frequent thanks in particular down to the sterling promotional efforts of the Distortion Project but if you are aged 18 or under you might be feeling a bit left out.

Fear not, as Ascendancy NI are collaborating with Planet Mosh and Belfast’s T13 Skate Park to host a huge all ages metal show on Friday 26th September 2014. The event features Rabid Bitch of the North (fresh from a performance at Bloodstock Festival), Scimitar, the debut of a revised line-up for Altus, Theories Divide, Defyed and Cutter. Admission is a very reasonable £6 and doors open at 5.30pm.

The man behind it all Michael Legge told us: “As regards putting on the show and the reasons behind it, I essentially wanted to put on the kind of gig that I’d want to attend myself, so basically I took it upon myself to make it happen. I’ve worked with T13 on a few occasions and they’re currently focusing on expanding their range of live events, so I was quite keen to stage the event there.Regarding all ages gigs, they’re few and far between in Belfast at the minute, due to the complex and stringent nature of our licensing laws, which preclude most bands with under age members from performing in licensed premises, (which almost all gig venues are,) so it’s currently not a scene that lends itself easily to hosting events for under-age performers or attendees. Given the work that T13 do with young people it seemed to make sense to have the event as an all-ages one, to bring what we’re trying to do to the largest possible audience.” 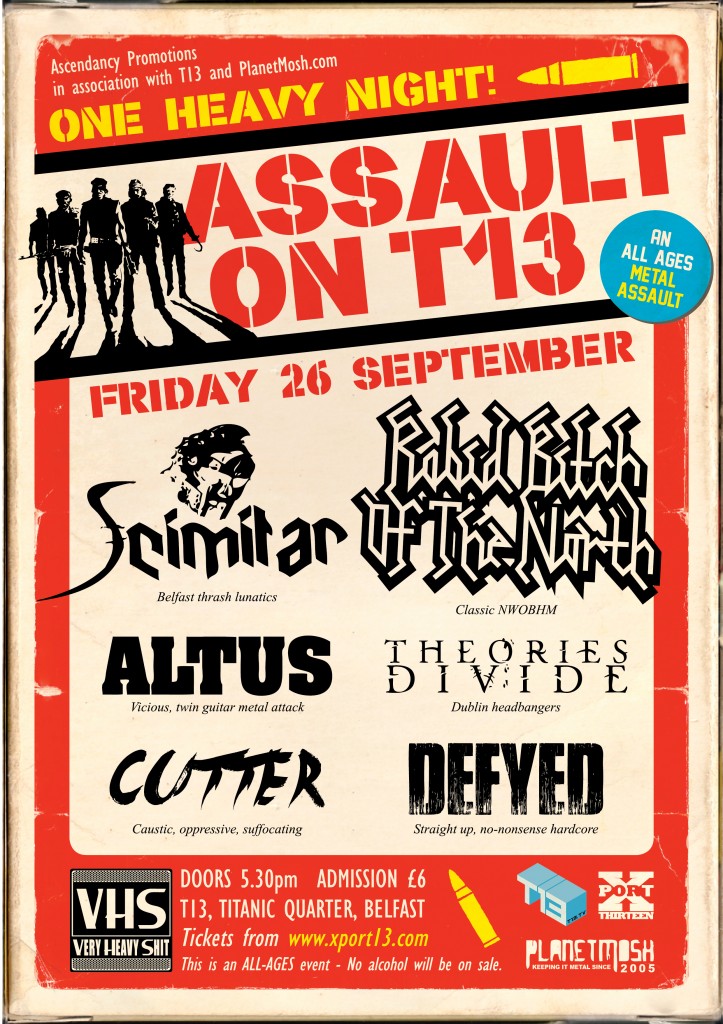