by Ben Magee
in News

Belsonic has established itself as one of the biggest live music events in Northern Ireland over the past few months. This year they upped the stakes by moving location from Custom House Square to the Titantic quarter to ensure an even bigger capacity. With plenty of acts already announced, the organisers announced even more acts taking to the stage in August.

The first act announced was The Corrs, winners of 1999 BRIT award for Best International group. The Corrs, mostly known for their ventures in to both alternative and folk rock, bring hits such as ‘Breathless’ and ‘Runaway’ to the Belsonic stage. Also announced were super group Madness from London. The well established group have long reached cult status with hits such as “Our house” and “Baggy trousers” and are sure to put on a spectacular show for fans.

Immediately following are Noel Gallagher’s High Flying Bird, Catfish and the Bottlemen and Belfast’s own Pleasure Beach. Gallagher senior obviously needs no introduction, with many years under Oasis serving as his resume, before his solo career propelled him into the stratosphere with hits such as “What a Life” and “If I Had a Gun”. Meanwhile Catfish and the Bottlemen are one of the most exciting new acts in the UK today, delivering rip roaring live sets that are sure to excite the Belsonic audience. Pleasure Beach are the local addition to the bill, the Belfast band quickly gaining a following, playing more and more shows around Europe. Check out first single ‘Go’ for a taste. Local favourites in the form of And So I Watch You From Afar will also appear in June, supporting Bring Me The Horizon.

Kano was the following act to be announced, supporting Disclosure. The English grime star relies on quick, colourful and energetic lyrics that whip audiences into a frenzy and is sure to provide Belfast crowds with the opening act they desire. The final heading act announced was major English DJ Fat Boy Slim. Winner of ten MTV awards and producer of numerous hits (such as “Praise you”), the popular DJ will prove to be a massive boost the Belsonic’s already impressive line-up.

These acts bolster an already impressive line-up including fan favourites such as Biffy Clyro and the already sold out Tiesto. Full details available on the Belsonic website. 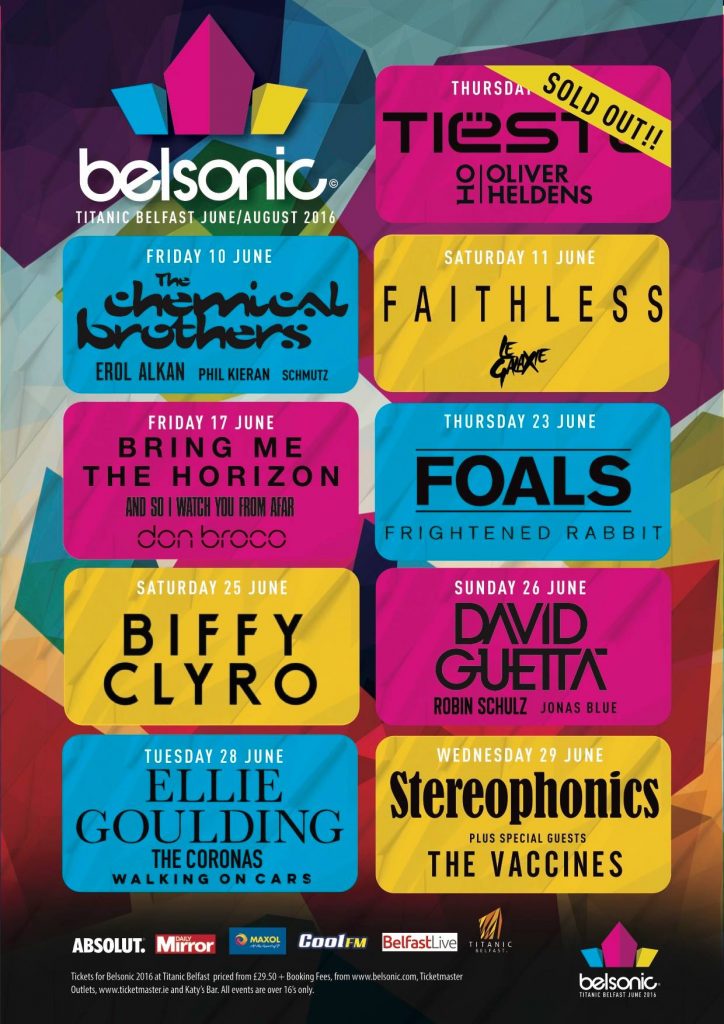