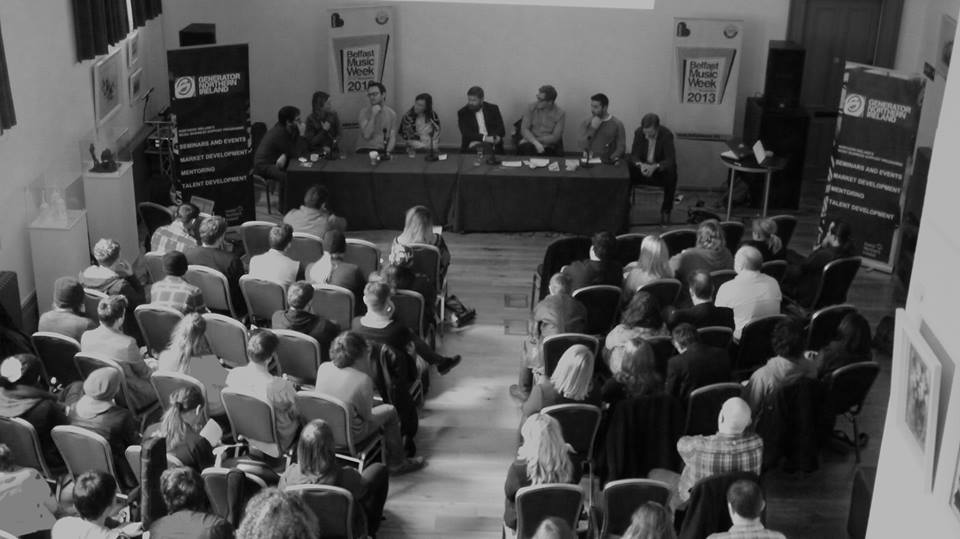 Some of you may have heard of Generator NI, they are putting together a programme of events to help develop and nurture artists, managers, record labels, and music publishers from Northern Ireland. Generator NI is funded by the Department of Culture, Arts and Leisure (DCAL) and Invest Northern Ireland and has already put on a whole host of interesting & thought provoking events.

On Friday 7th February 2014 from 2pm – 5pm, the 4th Output event will take place. The venue will be the Nerve Centre Cinema, Derry/Londonderry.

Charlene Hegarty (Small Town America Publishing) – Charlene is the publishing director at Small Town America records in Northern Ireland. She began her career in publicity and tour management working with the likes of Tom Waits, Presidents of the United States of America and most recently More Than Conquerors.

Diarmuid Moloney (Rotor Music) – Diarmuid is a creative technologist, interactive media designer and graphic designer. Diarmuid specialises in the relating of audio to video through programming and technology. His latest project Rotor is an online tool that creates automatic music videos.

Gary Curran (Japanese Popstars) –  Gary is one half of the extraordinary creative duo Japanese Popstars. After flirting with major label success via an album deal with Virgin/EMI Records and getting to work with their heroes including The Cure’s Robert Smith, The Japanese Popstars have returned to the underground with the sound that first brought them so much attention.

Dan Byrne-McCullough (Hyperduck Soundworks) – Hyperduck specialize in the composition and production of music for a wide range of games – including lead audio behind Mojang’s Scrolls, Kingdom Rush, and Penny Arcade’s Precipice of Darkness 4.