Horror Punk Legend Argyle Goolsby To Hit Belfast This May

Shizznigh Promotions is bringing Belfast a night of mayhem, makeup and musical heroes as Argyle Goolsby is set to play the Empire on Sunday, May 22nd.

Goolsby, co-founder of horror punks Blitzkid, is finally bringing his band the Roving Midnight to Belfast for what is sure to be an evening to remember. The bassist/vocalist, with Blitzkid from 1997 to 2010 and then solo with the Roving Midnight, Fourteen Seventy Six (+1476+), Mister Monster and various members of the Misfits, as well as Wednesday 13, is a legend on the horror punk scene. He is taking a well earned break from the studio to hit the road – perhaps he’ll reveal some new music from his upcoming album at the gig??

Support comes from our own beloved horror/sleaze punks So Long Until the Seance, grimcore punks Lawfucker and black/death metallers Drakonis. This will undoubtedly be a spectacular show, folks: don’t miss out! 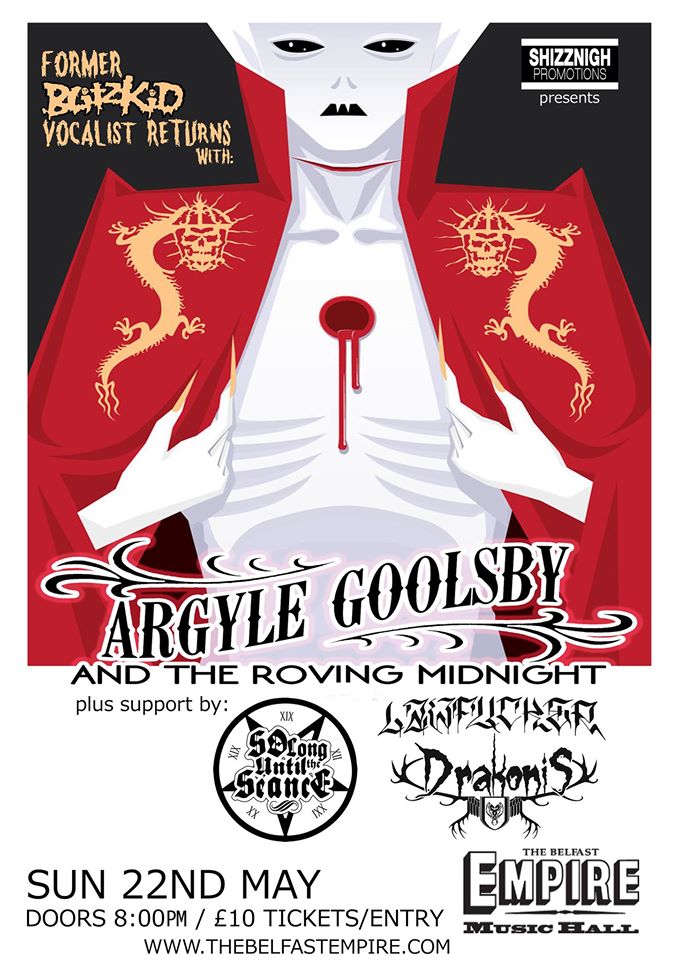