With over eighty entries to the 2018 edition of our Kickstart competition, it was always going to be mightily difficult to narrow them down to just ten. Our team of contributors spent hours this week listening to a myriad of genres and styles from all the bands and musicians that entered. As usual there were some real surprises from old favourites and of course great new discoveries that reiterates our opinion that the Northern Irish music scene is going to see a real period of growth over the next couple of years.

Rambling aside, we are thrilled to announce the ten shortlisted artists for Kickstart 2018 are:-

While our panel of esteemed judges is narrowing down these artists down to finalists, we thought you might like the opportunity to sample the shortlisted artists for yourselves. Enjoy this specially put together Soundcloud playlist.

A massive congratulations to those who have made it through to the next stage. Rather than using a public vote like in previous years, the four finalists will be decided by an independent panel of judges. 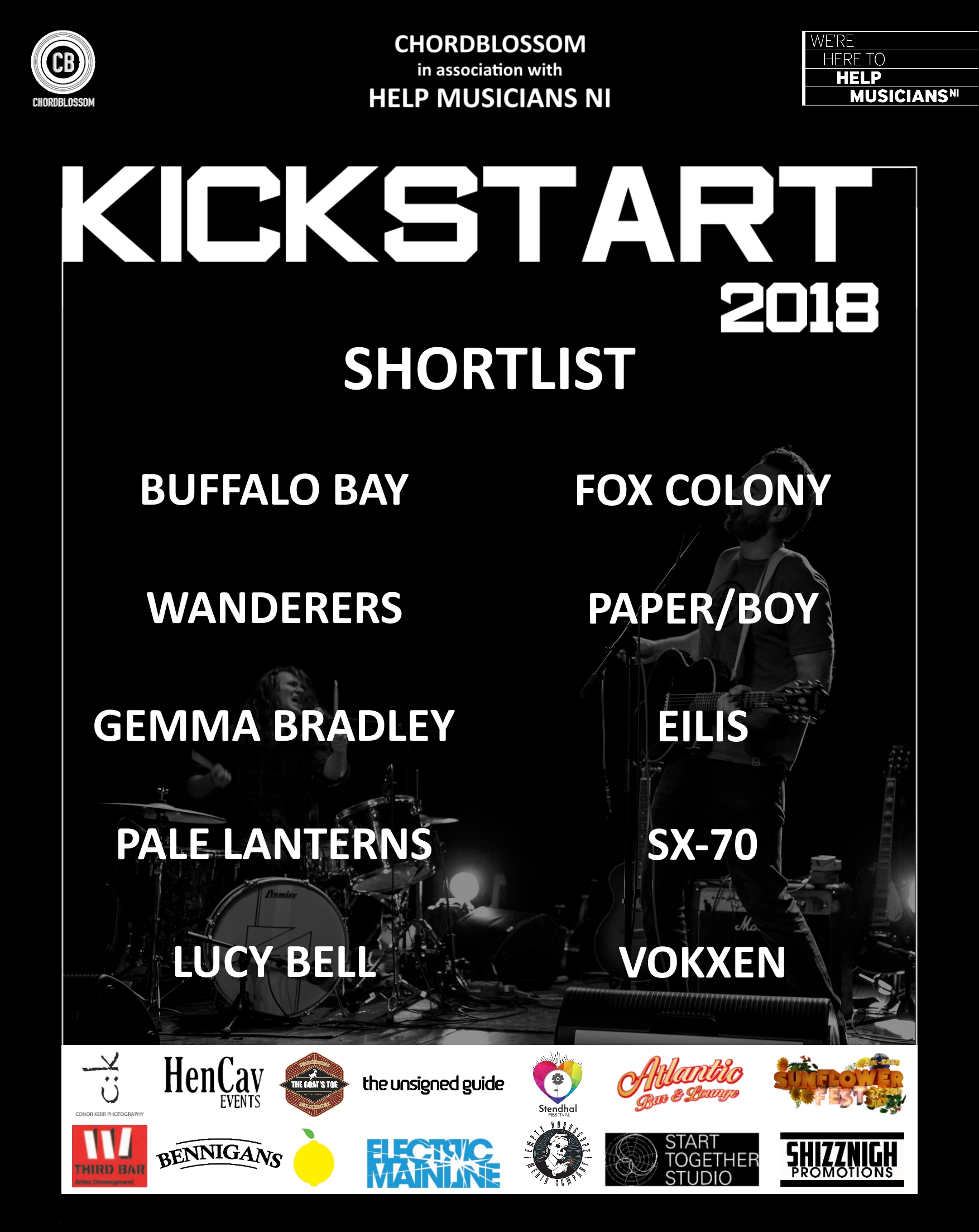