‘Song for Winter’ is the new track from local singer songwriter Peter McVeigh.

The track sees Peter team up with Ciara O’Neill for a beautiful harmonic partnership that is a blissful treat to the ears.  Peter’s deep tone is perfectly matched with Ciara’s angelic vocals which leaves you hoping there is more to come from this partnership.  The newly released video is the work of Aisling Lindsay and is a simple beautiful support to the track, matching its elegance and haunting beauty enveloped in the lyrics.

‘Song for Winter’ was written by Peter,  Ciara O’Neill, Chris Geehan, Dan Byrne- McCullough & Thomas Camblin.  Nashville based Mark Evitts provided the strings arrangement for the track.  This is the first track that Peter has tracked & mixed myself at his studio in Belfast with Pete Maher as the mastering engineer. 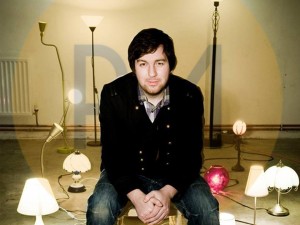 Peter’s debut album ‘PM’ has come about thanks to the fantastic Kickstarter campaign that saw 123 people pledge their support to the singer songwriter to get the album off paper and in progress.  After a very successful 2014 – playing the Bluebird Café – Nashville TN, Ulster Hall – Belfast, Backstage – The Netherlands & Smugglers Festival – Kent, playing on stage with Richie Sambora – Bon Jovi and working and writing with Mike Malinin – Goo Goo Dolls, an album request was becoming more and more frequent.

And now you can pre-order it via http://petermcveigh.com/store/ for both physical and download options.