by Aaron Cunningham
in News, Slider

A Plastic Rose have announced plans for a big launch show for their new album, ‘Flickering Light of an Inner War’. The band will be launching the album with a free show in the Mandela Hall on Thursday 26th February. The alt rockers will be joined by two support acts, with these yet to be announced.

It looks set to be a big year for the band who had a busy end to 2014. The band who had based themselves in Nottingham for a spell have now returned to their home-town of Belfast. Hidden Machine hosted their homecoming show last month in Voodoo, our own coverage of the show can be read here.

Last year also saw the release of their strong new single ‘Move Islands’. While the album ‘Flickering Light of an Inner War’ will be officially launched at the show on 26th February, A Plastic Rose, in a bold move, released the album exclusively via Spotify and is available to stream now. The release has had plenty of interest and buzz ahead of the physical release, with ‘This Side of Winter’ racking up over 16,000 views.

Only released on 15th December, the APRmy were singing along to the new album at the homecoming show only a few days later. If that’s anything to go by the album launch in Mandela Hall should be huge for the band. 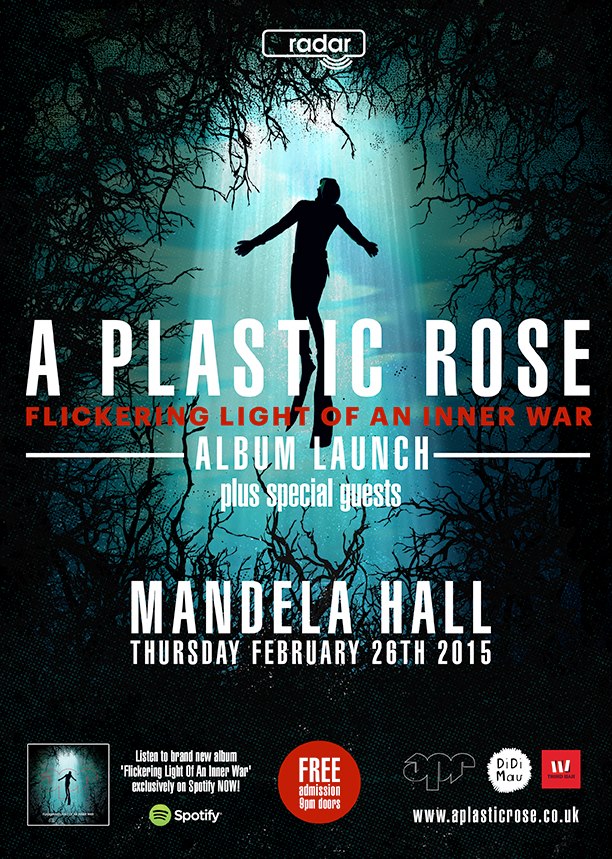