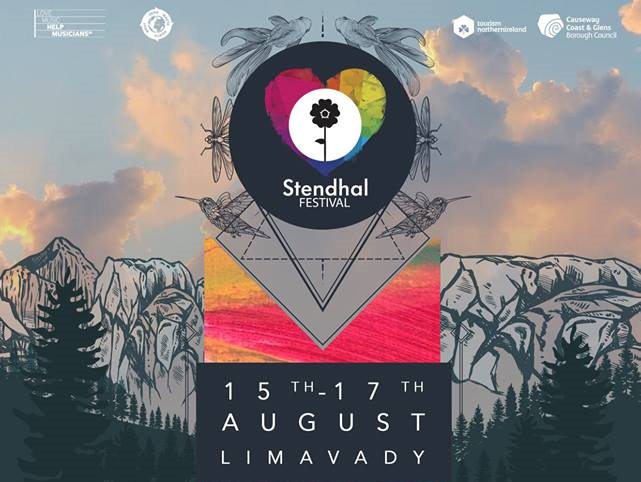 Is your weekend ahead looking a bit bare? You’d be hardpressed to find a better use of your time in Northern Ireland this weekend than Stendhal Festival. The festival returns to Limavady once again, with a three day schedule. With so much going on and stage times just published, we thought we’d help out and break down the weekend ahead.

Those lucky enough to be heading down on Thursday will be getting their long weekend off to a great start. The evening’s entertainment kicks off from about 5pm, with the festival’s opening music act Atticus taking the stage an hour later. There’s plenty to choose from in Stendhal’s Hors d’oeuvre. Derry’s SOAK has gone on to big things, so a chance to see her down the road is a must. Pocket Billiards will surely put on a high tempo performance, while Malojian or Paddy Nash take up the alt-folk mantle. There’s also a first chance to see Gemma Bradley who performs twice on Friday.

This is where the Stendhal starts to get going. Those of us will the 9-5 can head down without the need to use the annual leave (or a sick day). And there is a lot to choose from. The picks of the Annan’s Arch stage are folk songstress Reevah and up and comer I Am Muir. Quiet Arch are presenting a stage for the first time, and have packed it with some fantastic artists. Former Quiet Arch artist Ciaran Lavery will surely play a more stripped back set before his headliner later, while Beauty Sleep fill a 10pm slot before a secret guest.

Over on the Karma Valley stage, Hothouse Flowers are the big name attraction, but it’s Ryan Vail & Elma Orkestra who have demanded our attention this year. Expect big visuals, atmospheric and transformative music and reflections on Borders and Brexit. A one-two of Cherym and Sugar Wolf to close out the Henry McCullough stage is sure to be loud, forceful and essential. Derryheads can get their fill of their scene as Why Gigs curates the Nerve Centre stage’s Friday night. The Woodtown stage will see the last ever performance of Belfast indie rockers Fox Colony before Sister Ghost compete with that Cherym set.

On the Stevie Martin stage, Cork’s TALOS would be a good warm up for the Borders’ live show. And finally, New Pagans are our pick for the Woolly Woodland stage, another band making Friday night at Stendhal the heaviest yet.

With even more happening on Saturday, this preview may take a while, so stay with me here.

Starting at Annan’s Arch, both 10.15pm headliners Mob Wife and 5pm’s All The Few stand out here. Quiet Arch’s Air Stage once again has a lot of good. Cormac Neeson is their big name in the early evening, while Rachael Boyd‘s incredible soundscapes at 10pm should be great. Omagh-boy-done-good Son of the Hound is a nice way to wrap up the stage an hour later.

Those with other plans during Rachael Boyd’s night time set can find her on the the Henry McCullough stage in the afternoon just before Kitt Philippa makes more than a few people weep. Amy Montgomery has always gone over well at Stendhal, her 9pm set here shouldn’t be any different.

Saturday at Karma Valley plays host to a varied mix of music from orchestras to big bands to Ireland’s David Keenan. Phil Kieran and a DJ set from Basement Jaxx should bring the crowds later on. Jordan Adetunji won’t be immediately known to many at the festival but he’s one to watch on the Stevie Martin stage. Name a better three closing acts than ROE, Hunkpapa and General Fiasco mind.

An early chance to see ex-Silences’ Conchur White shouldn’t be passed up on the Woodtown Stage. He’s followed by Ursula Burns. Perhaps best known for her Britain’s Got Talent exploits, this isn’t the comedic harpist’s first Stendhal. The ridiculous energy of Blue Whale will prove confusing and manic for anyone loitering after Burns’ set. The Oh Yeah Music Centre hosts a few acts later on, Gender Chores and Ferals will be worth checking out.

Competing with Conchur White on the Woolly Woodland stage is alternative ambient folk (his words, not mine) songwriter Joel Harkin, conveniently on after Street Countdown. Sick Love, Warriors of the Dystotheque and Arvo Party following one another from 8pm will be a mood.

And that’s it! For a full breakdown on the weekend’s schedule head on over to Stendhal Festival’s website or social media. Tickets are still available across the whole weekend and can be purchased below.