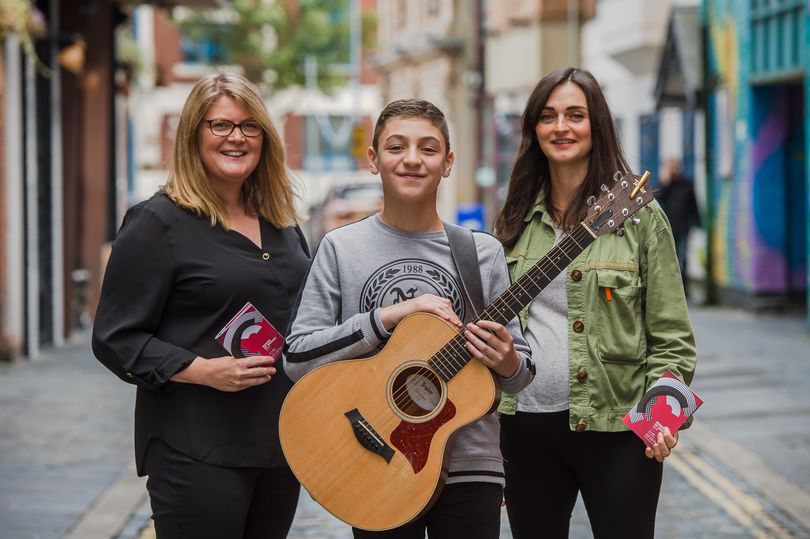 The ten day music festival Sound of Belfast is returning for its sixth year from 1st – 10th November with perhaps its most diverse range of events yet.

While Sound of Belfast has never been short of live shows, this year’s schedule looks to include a greater number of industry events aimed at up and coming artists. With so much on, let’s run down a few of the highlights.

There are, not one, but two album tribute shows with odes to The Clash and Snow Patrol taking place in the Oh Yeah Music Centre and featuring line ups of local musicians including Touts, ROE and Runabay. Scratch My Progress will celebrate their latest roster of development artists with a showcase gig that includes Conor Marcus, Sasha Samara, Joel Harkin and Cloakroom Q. Third Bar hosts a collaborative performance that features David C Clements, Oliver Cole and Gerry Norman, with further performances from Strange New Places and Happy Spendy. Jordan Adetunji headlines a show of his own in the Black Box, while Cherym launch a new EP in the Ulster Sports Club, Joshua Burnside plays the Empire Music Hall and of course, Shizznigh host a number of shows including Dea Matrona.

Selfmade return to Belfast to host a booking, gigging and touring workshop, the Musician’s Union hosts a session on contracts and copyright, while there’s also a creative career’s day. Keep an eye out for the Native Music Mart on Saturday 2nd November for music, wares and a good time.

A new range of partners and sponsors has provided further opportunities for the festival, teaming up with Translink, the winners of the Metro Sessions (closing for applications on 17th October) will win a recording package, mentoring, Q Radio airtime and a cash prize of £1000.

As always, the festival culminates with the NI Music Prize, this year featuring a performance from Snow Patrol. Oh, but it’s already sold out.

For a full programme and more details head to the Sound of Belfast website.